The competition took place at Imperial’s South Kensington Campus on 24 April. Participants were challenged to condense their doctoral research in to a talk of 3 minutes or less, convey it to a diverse audience, whilst demonstrating the relevance of science in society, and the contribution their research makes to our day-to-day lives.

We asked Maria and Hannah to tell us more about the competition in their own words. 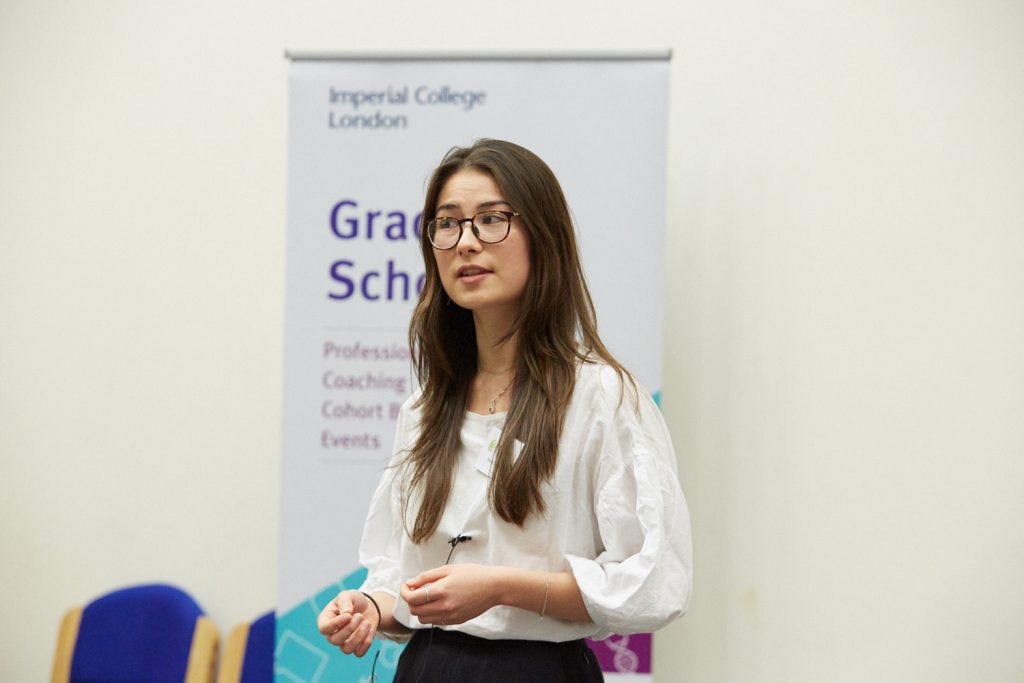 The task of communicating one’s research to a generalist audience is not a trivial one, especially in the medical field where accurate terminology and precision of language are sacrosanct. However, the importance of this task cannot be overstated. Medical research does not exist in a vacuum, but often has real-world applications. People therefore need to be able to, for example, grasp the basis of cutting-edge treatments to make informed decisions for themselves and their loved ones. Moreover, the importance of conveying research accurately has been heightened in the current internet age, where information is disseminated with frightening speed and misinformation is rife.

The Three Minute Thesis Competition aims to develop the vital skill of science communication in budding researchers: PhD students prepare and deliver a three-minute précis of their research work to an audience of students from across the university. The speech should make one’s research understandable to a layman, yet not be overly simplified such that the true aims or meaning are distorted. It should be engaging, communicate the relevance of the research to the everyday, and leave the audience wanting to know more.

I research – and therefore spoke about – the protein prokineticin: an endogenous anorectic agent that could be used as the basis for a peptide therapeutic for obesity. As an interdepartmental competition, the range of topics was immense. From potential treatments for obesity, we learnt about the importance of mathematical modelling in promoting renewable energy use, to how newborns learn, to the application of permeable concrete to prevent flooding, and even about the relevance of avalanches and rice in mathematics.

What united such a diverse array of topics was the passion and enthusiasm with which everyone spoke about their work. Not a single speech left me without questions and a desire to know more about the participant’s research. I wholeheartedly encourage all PhD students to at least consider partaking in the competition next year – it is a fantastic means by which to hone your skills in public speaking and science communication in a welcoming environment. Or, if you can’t bring yourself to compete, at least attend: the event is eminently edifying and enjoyable, and – given how fervently everyone speaks about their work – may even reignite your love of science at a low point in your PhD! 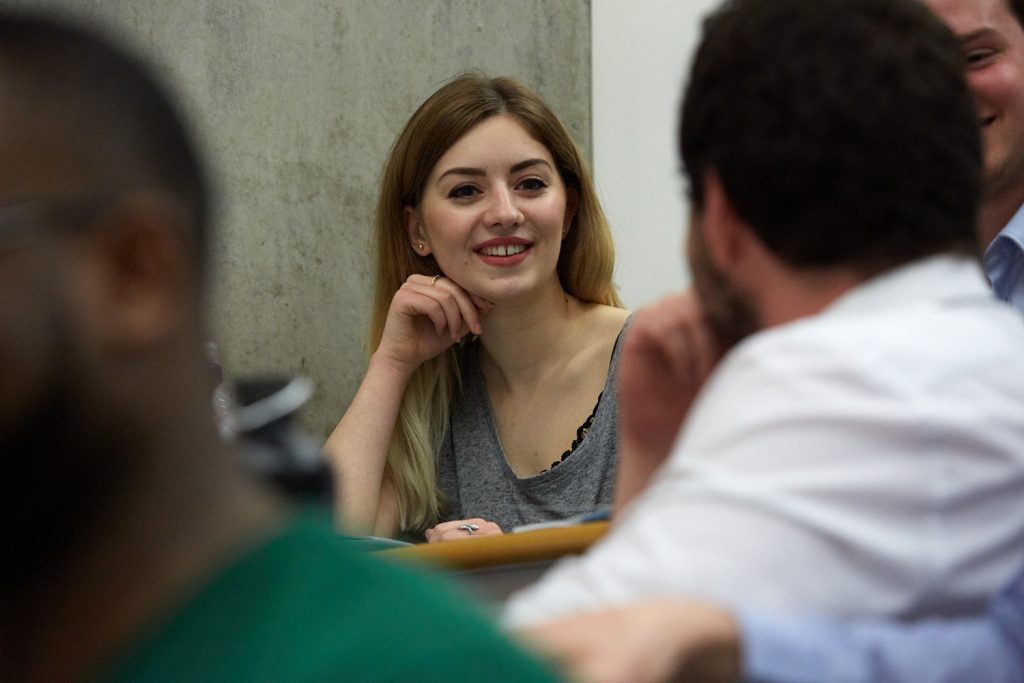 Every year, the Imperial Graduate School runs a Three Minute Thesis Competition and yes – that really does mean condensing three years into three minutes. So, of course, I saw a challenge and signed up for it (I decided to do a PhD, after all!). The competition seemed like a fantastic opportunity to build experience in science communication, while sharing enthusiasm for my very exciting work (I say with only a little bias).

The first brief was quite general, “nominees will present their current research in one slide and three minutes”, so I did what I do best and carried out some research. YouTube revealed that 3MT equals general overview of your research topic: background, clarity, content, confidence, enthusiasm and simplicity were just a few of the recommended qualities. People approach this in different ways, some choose to speak ad-lib, while others—including myself—write a speech and learn it word for word.

My PhD title is “The role of mitochondrial genetics in the development of Type 2 Diabetes”. I first presented this in a 3MT at the DoM Rising Scientist Day, however, the final 3MT had most medical jargon removed (apparently mitochondria aren’t as well-known as I thought) following a feedback session with some of the other non-DoM finalists. The speech covered the background and concepts behind our research hypothesis, made clear for a lay audience, accompanied with one simple slide. Preparation included rehearsing in front of friends and family (many, many times). Go over three minutes and you’re disqualified, so the pressure was on.

The competition was held in the Sir Alexander Fleming Building at the South Kensington Campus. After a briefing on how to use the microphones, I got to know some of the other finalists; another highlight of the competition. There was a wonderful feeling of support. Everyone performed exceptionally, to an audience of student, staff and guests. The standard was so high; as always, I was in awe of the talent at Imperial. My mum (not a scientist) came to watch and was amazed by how much she learnt and enjoyed the event. Her highlight was “hearing someone make the concept of mixing liquids absolutely fascinating for three minutes”. The highlight for me was seeing the honest love and enthusiasm some students have for their work.

Despite a reasonable amount of experience speaking/singing in public, I was surprisingly nervous. No matter how many times you rehearse, it is very different trying to remember the next sentence with a full lecture theatre of eyes watching you. In this respect, I would say that the 3MT is very different from lecturing, or public speaking ad lib. It is also why I am grateful for the experience and would recommend it to all PhD students. I can’t emphasise enough how much I have learnt from saying ‘Yes’ to opportunities outside my comfort zone. If I can present a 3MT, or sing in front of a crowd, then I’ll have the experience to overcome my nerves and present confidently at the next conference. I’m delighted to have been awarded third place and following my next SciComms adventure at the Imperial Festival, I plan to give science writing a go! Lastly, I’d like to say a huge thank you to my friends, family and colleagues for going above and beyond to show their support.