I’m quite glad that even long-winded discussions can result in simple statements like this one. On the other hand, what is at stake is not the stomach’s happiness after a meal of either bruschettes or Pizza, but rather the fate of an entire village.

Cooperating with the UN-habitat to bring electricity to a Tanzanian refugee village this year has been probably one of the most challenging, but also rewarding experiences. When you enter the village just about an hour’s drive from Rwanda’s capital Kigali, you realise that this should not actually be called one. Merely a collection of 50 houses organised in three straight lines of 19, 19 again and then 12 houses, but without bar, kiosk or anything remotely business-like, the villagers still seem to be in the process of finding out what their actual role in the village is. When we arrived, a simple two water tanks, a shack with a door but without window and the well-planned similarity of every single house were the only unifying elements here. 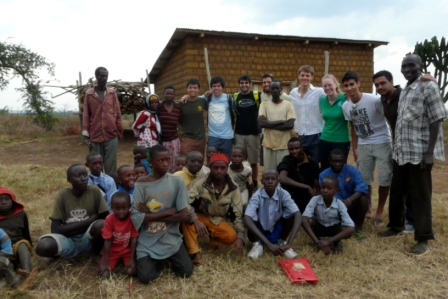 However, now the shack has been turned into a hopefully vibrant Energy Kiosk, along with a rather sublime Social Engineering project/experiment (Who says we’re only electrically minded anyway?). “Empowering people” would probably be the catch line if we tried to sell this idea on. What we envision is to give the village’s five leaders, typically farmers who have to depend on a good day’s weather to earn their money, full responsibility of the kiosk’s operations and accounts. Why so? Well, the village leaders are usually the most wise/old people in Rwandan villages and have been chosen by the rest of the community to be responsible for their own welfare. The real reason though lies in the fact that we hope it will unite the village once and for all. Each village leader being responsible for one “umudugudu” in the village, that is a cluster of about ten houses, the entire village’s population will feel directly involved with our project. 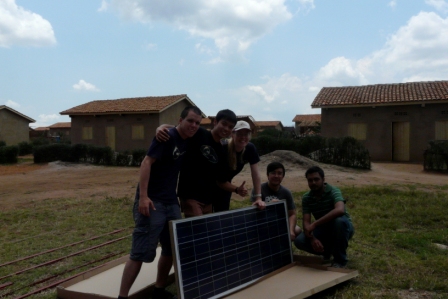 Thinking about it now, involving locals more in our projects has actually been one of the key points of our trip this year. Not only have we again met up with loads of students from KIST (Kigali’s Imperial) to help with the implementation of our kiosks, no, we have also successfully managed to hand over the entire operation of one of our other kiosks (Kamonyi) to a local cooperative. But more about this in another post.

Now back to Kavure, the UN-habitat village, and a few other (slightly weird) notes on things that happened there:

Being followed all around the village by kids just to capture them about 754,643 times on camera is kinda tiring.

But definitely worth it.