On Wednesday 22 October 2014, more than 2,200 undergraduate students gathered at the Royal Albert Hall to receive their degrees at Imperial’s Commemoration Day ceremonies.

Photos from the day

On Wednesday 23 October 2013, over 2,000 students and 6,000 guests gathered at the Royal Albert Hall for Imperial College London’s Commemoration Day Ceremonies.

Photos from the day

On Wednesday 24 October 2012, more than 2,400 undergraduate students and guests from over 65 countries took part in Imperial College London’s 2012 graduation ceremonies at the Royal Albert Hall.

The graduating students were joined by some 7,000 family and friends as the College hosted three ceremonies for the first time, to accommodate demand from guests to be part of the occasion. Alongside academic accomplishments, a number of students were also recognised for their achievements in other areas of College life. Receiving Student Awards for Outstanding Achievement were Kadhim Shubber from the Department of Physics, Jason Parmar and Marco Couch (both Chemistry), Nicolas Massie (Medicine), and Charlotte Ivison (Life Sciences), who have all been nominated by senior members of college staff for their contribution to student welfare, the College’s outreach work, and charity.

Photos from the ceremonies

More than 2,200 students and 6,000 guest filled the Royal Albert Hall on Wednesday 19 October 2011 for the College’s graduation ceremonies. Re-live the highlights from Commemoration Day below.

Click on the image below to see more photos of the day and download the film of the ceremonies: 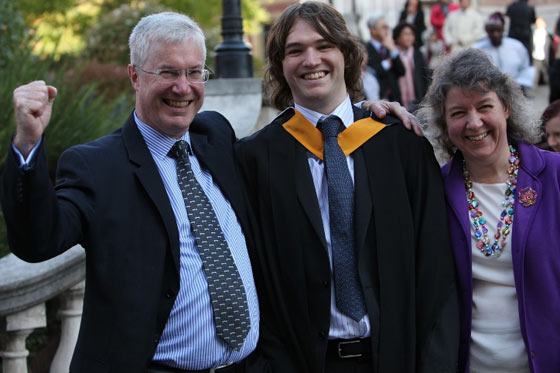