I signed up to the programme back in the Spring, thinking it sounded like a unique opportunity to collaborate with students from China so I was very excited to find out I’d been accepted! As the programme date drew closer however, I became bogged down with several unexpected and large workloads relating to my PhD research. I began to wonder if losing a week of research time was such a great idea. As it was, I arrived at the coach on Monday afternoon with some trepidation. My worries were quickly dispelled and, as the course evolved, it made me so aware of how much we, as PhD students, become isolated in our own research bubble. Not only within our own departments within a single institution, but also cross institutionally!

By the first evening it was clear that everyone was keen to integrate and immerse themselves into the programme, becoming a single group of like minded peers. My home team composed of four Tsinghua students from varying disciplines (Art and Design, Green Policy, Product Manufacturing and Geotechnical Engineering), plus one other Imperial student studying Electrical Engineering. Quite a diverse bunch! Each day was intense but well organised with several team-building outdoor activities that were super fun (and hilarious, we failed so badly at herding!!). These activities really helped us learn to communicate and understand each other effectively even with the obvious language barriers.

We also had time to present a poster about our own research and question the other students about theirs; the aim of this being to choose a team to collaborate with on a research proposal. This poster event was incredibly insightful. Not only did I have the chance to explain the fundamental theory behind my own research, but I also had my eyes opened to the different ways in which my peers are intend to mitigate the impacts of climate change and reduce carbon emissions. For example, I had never considered that specific trees absorb specific pollutants and that the pomegranate tree could play a key role in cleaning our air!

The course was a mixture of interactive discussion sessions, lectures, team-building activities, team evaluation, as well as self-evaluation sessions. Even though each day was full and intense, the time never dragged. We never spent too long listening to a lecture or too long doing a single activity so the mind was constantly engaged. For me personally, the feedback sessions were most constructive. I have always been vaguely aware of my instinct to jump straight into a task and just get it done. These times of self-reflection allowed me to realise that the old saying of “failure to prepare is preparing to fail” don’t just instruct exam revision or report writing but smaller, everyday tasks.

The absolute highlight of the course for me was the surprise group activity on Wednesday evening. A Tsinghua Researcher showed us Chinese traditional dancing and a group coach showed us all how they rocked it back in 17th century Britain. I have never witnessed such a combination of cultures in an academic setting before! Everyone lost their inhibitions and joined in and it was fantastic.

Working with others is such a key skill, even more so when dealing with cultures that are so expansively different. Instead of seeing it as 5 days “lost” from my individual research, I had 5 extraordinary days to work alongside some brilliant minds and pull together the different, unique strands of each person’s knowledge culminating in an innovative, exciting, collaborative research proposal. Yes, in the short term, I missed out on collecting a few new data points for my PhD project but the long-term benefits for my own personal development and cross-culture understanding, far outweigh this and I was foolish to have these doubts in the first place! I would strongly recommend this course to any PhD student. It reminded me that doing a PhD is not just about the research you produce as an individual but your self-development, your teamwork and collaboration skills and your willingness to learn and open your mind to new cultures, people and experiences. 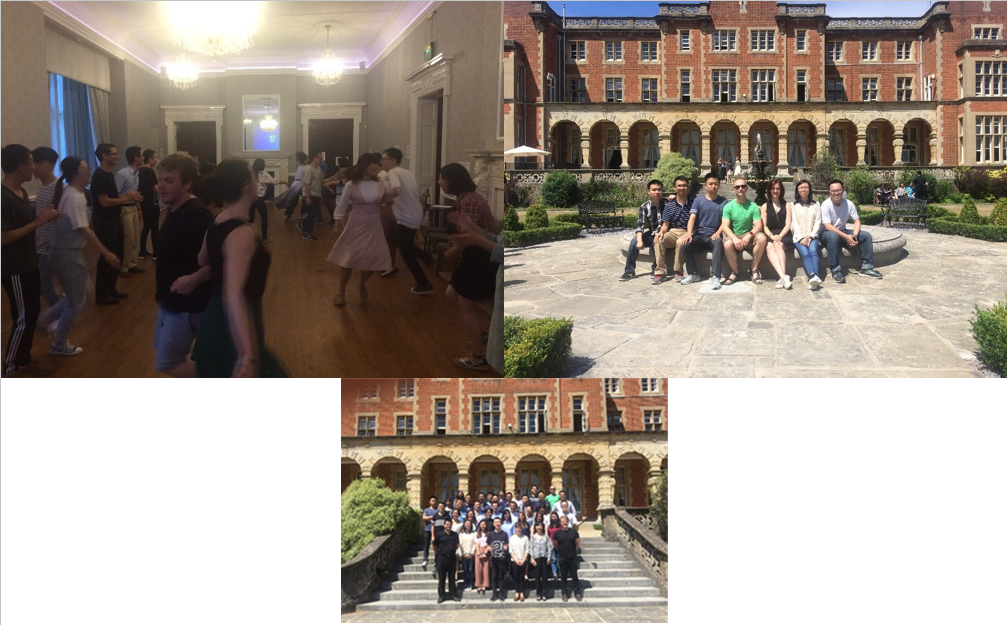