To celebrate the end of 2019, over 60 students, post-docs and PIs from the CMBI got together for a Christmas-themed games night organised by first year PhD students. This event was an opportunity for people from different departments and spread out throughout the Flowers building to socialise, as well as to allow the first year PhD students to get to know each other and the building.

Despite the students being thrown in the deep end, the event ran smoothly (mostly due to the invaluable help from the Flowers admin team and a last-minute dash to Waitrose).
Attendees played party games such as twister, beer pong and table tennis, as well as dancing to a music playlist best described as a Year 6 disco. There were also drinks, snacks and mince pies available, as well as several types of pizza and vegan pizza, which was kindly sponsored by the Graduate School. 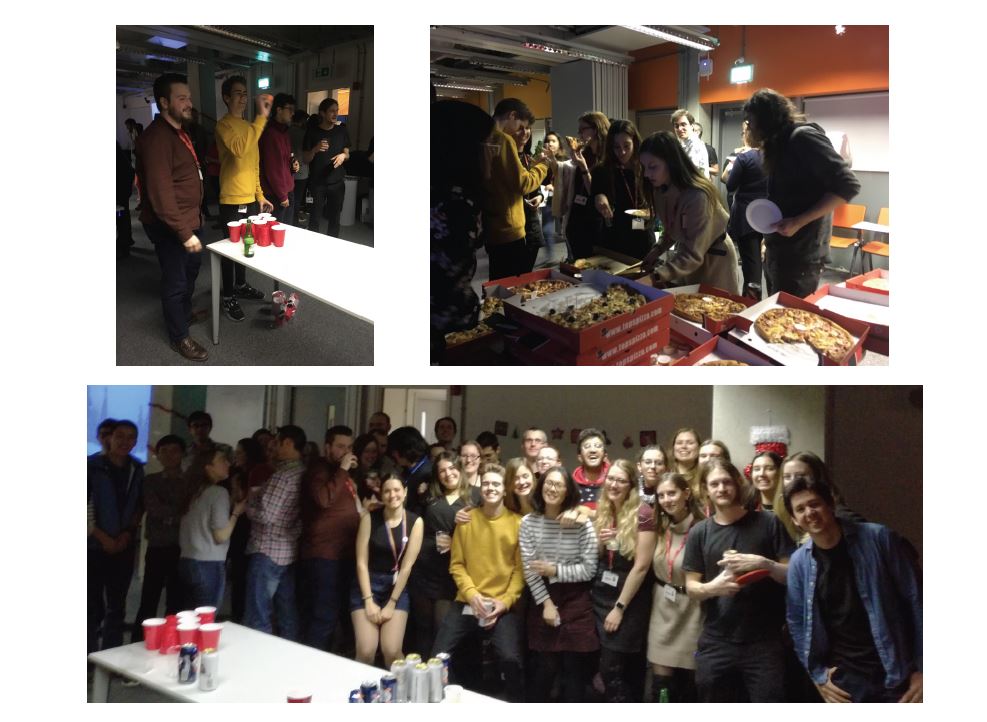 The event was a success, with positive feedback from those who attended. It was also a great success for the first year PhD students, even if not all made it to the end of the night, as cleaning up the next day solidified new friendships!

We would like to acknowledge the Graduate school for kindly providing funds which made this event possible.