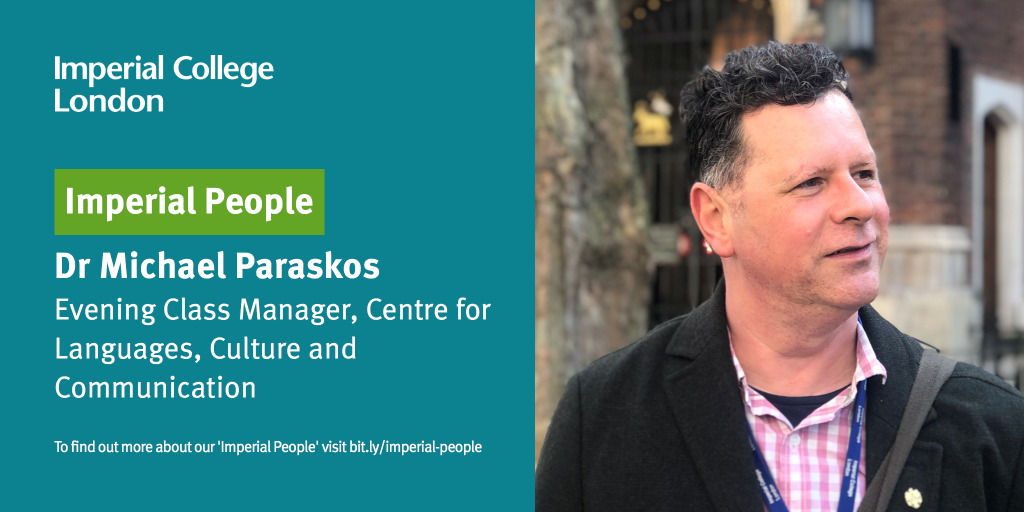 “Adult education is not just about giving the general public a second chance to study, it’s also about exposing Imperial’s own students and staff to new experiences”

I am the manager for adult education in the Centre for Languages, Culture and Communication at Imperial, and I also teach art history in the Centre. As a manager I select what evening classes we offer and I’m also involved in the promotion and organisation of the classes. As an art historian, I teach everything from medieval architecture to modern art, but my own academic research focuses on twentieth-century British art.

My journey into academia was unusual. I went to a poor school where you couldn’t take O-Levels (GCSEs), let alone A-Levels, and you were not expected to go to university. I fought against that expectation, so when I gained my doctorate in 2007, it really meant something to me. It felt as though I had fought against an unfair system and, in a small way, won. That might explain why I think adult education is so important. It’s not just a job, it’s a vocation. And it can be the most challenging and rewarding teaching there is in higher education, as many adult education students have similar early school experiences to mine.

But adult education is not just about giving the general public a second chance to study, it’s also about exposing Imperial’s own students and staff to new experiences, particularly in the arts and humanities. I’ve always loved science, as do a lot of “arty” people, despite the cliché that art and science don’t mix. And I know the love of art is shared by a lot of people at Imperial who work and study in science. Both the arts and sciences are creative activities and one of my jobs is to show how they can work together to foster creativity.

When not at work, I write. I published my first novel, called In Search of Sixpence, in 2016 – and sometimes I even tend my rather overgrown allotment!