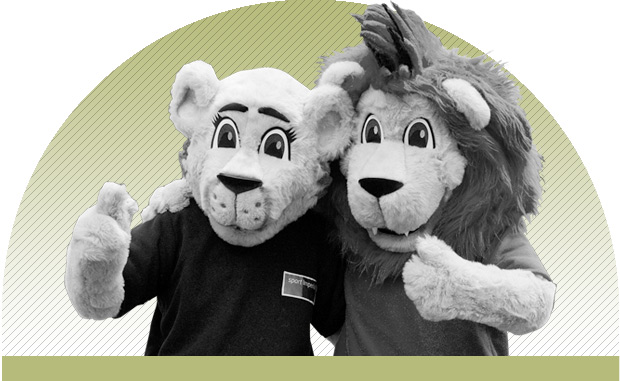 Since ancient times lions have been revered in mythology and legend for their power and strength. Just like Imperial athletes but much more hairy.

Sleek, muscular, and graceful – these are descriptions of the athletes at Imperial. However, these words don’t accurately describe the rotund furry mascots, Victoria and Albert.

Matt Taylor had the honour of naming Imperial’s newly-born mascots. Matt, a fourth year Mechanical Engineering student, won a naming contest in 2010. Matt won admittance to an extraordinarily small and elite group of Imperial mascot-namers — an eternal award — and a £15 Amazon gift voucher.

Neil Mosley, Head of Sport Imperial, reviewed the submitted names and made the final decision.

The names are perfect because Imperial College London is part of Albertopolis and a statue of Queen Victoria stands in the College’s Main Entrance. It is no coincidence that lions were selected because they traditionally symbolise bravery, valour, strength, and royalty. Lions are the king of beasts, as Imperial is the king of sport – mostly. Plus there are stone lions on the Queen’s Lawn.

Vicky and Al are well-loved and make appearances at sporting events around campus and elsewhere.

Today Victoria and Albert are inviolate, which means you’d be foolish to try and steal them, and should look for a lion or lioness costume somewhere else.

Vicky and Al may be rented out for children’s parties… but not adult parties.

Fact #1: The Vicky and Al costumes are made from the finest fleece on the market today. Fact #2: Not everyone who has applied to wear the costumes has been able to squeeze into the suits. We suggest extra sport activity.

Who do you think is running around wearing the Vicky and Al costumes? Who should be? Share your comments below.
[fb_button]