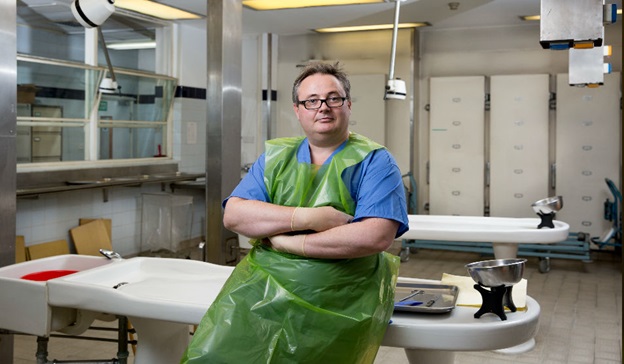 Congratulations to Professor Michael Osborn who was recognised in the latest round of academic promotions and promoted to Professor of Practice (Pathology). We met with him to find out more about his background, research, and wider thoughts on the health sector.

Introduce yourself – who are you and what do you do?

I am Professor Michael Osborn. I studied medicine at Guys & St Thomas Hospitals, London qualifying in 1995. I became a member of the Royal College of Surgeons in 2000 and a Fellow of the Royal College of Pathologists in 2004. Currently I work as a consultant histopathologist for North West London Pathology at Imperial College Healthcare NHS Trust, London were I am head of department. My working time is divided between post mortems, diagnostic gastrointestinal histopathology, bowel cancer screening and teaching. I run an intercalated BSc “Humanities, Philosophy & Law” at Imperial College, London. During the COVID-19 pandemic I and colleagues at Imperial College published work relating to findings in fatal COVID-19 infection. I was elected President of the Royal College of Pathologists (RCPath) in November 2020 having previously been on the RCPath council and having had a variety of college roles including chair of their Cellular Pathology Speciality Advisory Committee and Death Investigation Committee. I became a Professor of Practice at Imperial College in 2021.

What first inspired your interest in Pathology?

I always liked biology at school and medicine is basically applied biology, so medicine was an obvious choice for a job.  I also watched a lot of an old (early 1980’s) drama called “Quincy ME” when I was a kid and it was about a pathologist and it looked like an interesting role so I thought why not be a doctor and be a pathologist?

What is the most interesting piece of research/project/study you are currently working on? 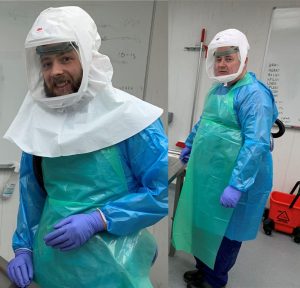 Prof Rob Goldin and myself (also in our Department of Metabolism, Digestion and Reproduction here at Imperial College) won a grant from Imperial Innovations charity to set up a biopsy post mortem service. This will allow rapid acquisition of post mortem tissue after death and as it will dramatically reduce delays will mean many ethnic and religious groups that traditionally found post mortem hard to consent to, due to the delay, will be more likely to consent to the procedure. This increased access to previously hard to reach patients and many of the religious leaders in these groups are very excited by the prospect of being able to help with medical research.  In addition, the freshness of the tissue (again due to the lack of delays) will facilitate very innovative research in many complex diseases who are crying out for this tissue. Things like liver disease and kidney disease come immediately to mind. No one else has developed this type of service so it is very exciting and we hope to produce a variety of papers relating to our experiences and the results of the studies we can be involved in.

What has been the proudest achievement of your career so far?

Being elected President of the Royal College of Pathologists and becoming a Professor of Practice at Imperial are equal joint first.

What do you consider to be the key challenges in healthcare and medicine that we need to overcome in the next 20 years?

Antimicrobial resistance; this is a huge often forgotten issue and is getting more and more significant. There are major issues around blocks to developing new drugs and therapies in this area such as companies being unable to develop new drugs due to the lack of profit from such drugs.

Social care; the structure and funding of social care needs to be such that there is no block to discharge of patients once their acute care is finished. There has been recent work on this but more will almost certainly be required in the future.

Workforce in all specialties is a major factor. We need more doctors, nurses, midwives, porters, cleaners, radiographers – everyone. We have an aging population and increasing healthcare demands and without the right person in the right place, doing the right thing at the right time then nothing can work.

Infrastructure to facilitate connectivity and integration of services. We have huge exciting developments such as genomics happening but we need the right IT and infrastructure to get the sample to the right place and the result back in a timely fashion to the clinician. This all takes resources and expertise to set up.