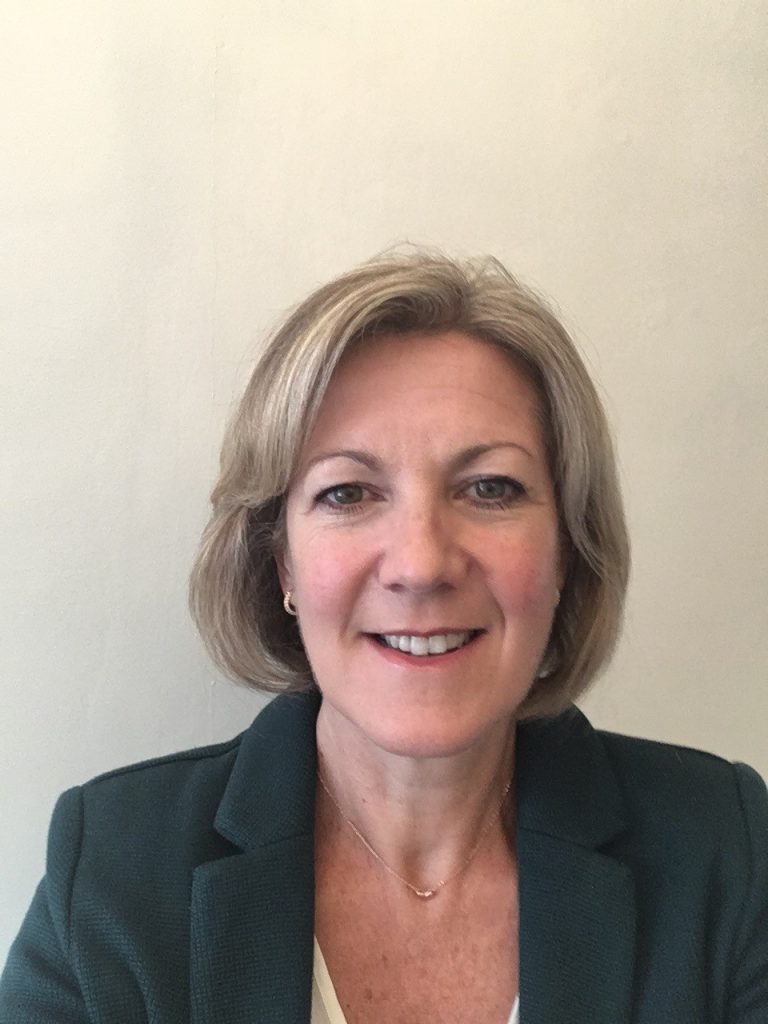 The UK’s Defence and Security Accelerator (DASA) opened a hub in the I-HUB building on Imperial’s White City campus back in July of 2018.  Since then, the presence of security and defence organisations at the I-HUB has continued to grow with the expanding ISST Innovation Ecosystem.

ISST Special Projects Manager, Zarine Khurshid, caught up with Jo Symons who joined DASA early 2020, to give Jo the opportunity to introduce herself and talk more about innovation in security and defence, and DASA’s successes to date.

What led you to join DASA?

I joined DASA at the end of February but it feels as if my career to date has been leading to this role.

I joined the civil service straight after completing my degree in Manufacturing Engineering at Birmingham University and one of my first roles was as a technical assessor for a Government scheme which gave small companies grants for research and technology projects.

That whetted my appetite for supporting innovators, which has continued throughout my career. My fascination for how innovators and small and medium-sized enterprises (SMEs) grow continued, and I was very lucky to be able to undertake an Executive MBA at Imperial College London.

My MBA project investigated the differences between angel finance in Cambridge and Silicon Valley just before the dot.com bubble burst. I went on to lead a review which resulted in the creation of what is now Innovate UK. Working with the Business Department’s Chief Entrepreneurial Adviser we undertook a review of entrepreneurship in the UK and alongside this I researched the rapidly developing accelerator and incubator market in this country.

I am so pleased to be working at DASA – an exciting, young organisation that is trying to do things differently in very challenging and important sectors.  As a former student I’m delighted I’ll be able to support Imperial College London’s work to develop the Defence and Security Cluster at the White City campus.

What is your role at DASA?

My role is Head of the Partnerships and Impact Team; the aim is to increase the number of innovations funded through DASA that progress through the development journey and turn them into capability that is in the hands of the Armed Forces and security services. We recognise that developing the technology is only one part of progressing ideas through to delivery and that an SME needs a range of support to enable it to grow and secure customers. We do this by:

What is DASA’s role?

DASA’s role is to find and fund exploitable innovation to support UK defence and security quickly and effectively, and support UK prosperity. We have a team of Innovation partners located geographically who find innovators, entrepreneurs and people with ideas. We are interested in any science, technology or service at any stage, from anywhere and anyone. Our competitive process brings experts together to rigorously assess these ideas so we fund only the best and help these ideas accelerate their development. Once funded my team helps the idea progress further towards adoption and integration.

Why is innovation so important in security and defence?

It is not just important for defence and security to innovate, it’s absolutely crucial for our national security. The threats the UK faces at home and abroad from our adversaries have intensified in scale, diversity and complexity.

We’re witnessing the resurgence of state-based threats and increasing competition, the undermining and destabilising of the international rules based order, the rise in cyber-attacks, and the wider impact of technological developments which are enabling non-state actors such as terrorist and organised crime groups to have capabilities that previously only states had.

To counter these, we have to retain our strategic and technological advantage. The only way we can achieve that is to be innovative.

What role should government have in the security/defence innovation pathway?

The challenge is to stay ahead of our adversaries and increase our agility to adapt and evolve in the face of evolving threats at unprecedented speed. The Government has a fundamental role in using every lever we have as a nation to achieve this – bringing to bear the widest possible range of capabilities, including defence, diplomatic, economic and so on.

DASA is playing a pivotal role in fast-tracking great ideas and innovative solutions from the private and public sector to some of our most pressing defence and national security challenges.

What are the standout successes from DASA to date?

A great example of how DASA is delivering innovation quickly is the crowd safety app, The Krowd. After the Manchester Arena and London Bridge terror attacks in 2017, DASA launched a competition funded by the Home Office to fund crowd safety technology.

The Krowd was one of the projects that received funding and it allows the public to speak directly with security teams at venues, stadiums, transport hubs and shopping centres if they spot suspicious activity.

The app is already in use at the Broadgate Quarter in London and the Exeter Guildhall Shopping Centre.

Other standout successes include our work with the Defence Science and Technology Laboratory (Dstl) to accelerate the development of autonomous ground resupply vehicles for the Armed Forces. Our early work has led to two contracts worth around £5m for the companies we worked with to trial their innovations with the British Army – due to start this year.

And our Access to Mentoring and Finance service has really taken off in the past year, hosting an Investment Showcase and attracting a wide range of investors which in turn has sparked relationships between the investor community and some of our most promising SMEs. Off the back of some of the training provided by DASA, Kinsetsu, a Northern Ireland-based SME, has grown its turnover to an impressive £1.25m and are now much better prepared to start their journey to investment in 2021.  The company specialise in innovative tracking software that can account for and track personnel or assets – giving a real-time view of missing people or items.

After DASA funding of £125,000 it has been trialled with Royal Navy on HMS Bristol. This work has led to a commercialisation opportunity with the Royal Navy contracting the company to conduct further trials on HMS Prince of Wales aircraft carrier to start this year. The devices have multiple security uses such as energy and nuclear sites, prisons, hospitals and blue light services, potentially saving thousands of human hours on paper-based manual checks with improved accuracy. The company have successfully commercialised the innovation with the NHS, and gone onto successfully win new Government funding.

The firm’s managing director Jackie Crooks says: “DASA has been invaluable in raising our profile and enabling access to the defence and security sector which we could never have achieved on our own. Mentoring underlined the importance of continuing to innovate, even in an economic downturn, and in May 2020 we were delighted to receive £50,000 from the UK Government’s Fast Start Competition to deliver contact tracing to protect community care teams supporting the elderly and vulnerable against Covid-19.”

How does White City fit into DASA’s objectives?

Innovation flourishes through collaboration and a wide range of voices and perspectives. The Defence and Security Cluster at White City creates the conditions for successful collaboration because it brings together industry, SMEs, academia and Government and enables opportunities to be accelerated through partnership working. It will foster a culture of innovation delivery at pace across defence and national security.

Having a physical presence at White City enables DASA to be accessible and part of the developing innovation ecosystem there.

What do you hope to build with the White City ecosystem?

A thriving environment that creates the conditions for collaboration between SMES, large industry, government and academia. Personally, I would like to see some of the SMEs that DASA has funded grow and secure customers and partners for their onward journey. Ultimately, we would like to see new innovations become adopted and integrated into use with our Armed Forces and security services and agencies.