A summer in Canada: Dr Leigh Bowman on his summer expedition to the Yukon

Dr Leigh Bowman, Teaching Fellow in Public Health, is Chief Scientist for the British Exploring Society, a youth engagement charity that gets students out into the wild. He shares his experiences from their summer 2019 expedition to Canada.

Wildfires, howling wolves and bear encounters were just a few of the memories I took home with me from the vast wilderness that defines the Yukon, Canada.

Our team, comprising medics, scientists and mountain leaders, left London Heathrow in late July 2019. Our task was to ensure the safety and well being of 50 ‘Young Explorers (YEs)’ – students between the ages of 13 and 25 – while embarking upon an adventure of a lifetime. I was as excited as they were.

We flew in to Whitehorse to meet the advance party and begin preparations to move to Basecamp, over 450km to the north, on the eastern side of McQuesten Lake. From there, over a period of 3 weeks, we would be hiking the Davidson Range before commencing the second leg of our journey, which would see us ‘putting in’ at Johnson’s Crossing to begin our navigation of the Teslin and Yukon rivers by canoe.

Back at Whitehorse, anxiety was high. Wildfires had torn through the valley just south of McQuesten and, as they pushed further north, threatened to torch our hopes of ever setting eyes on Basecamp. Myself and two colleagues took a vehicle north to recce the damage. As we approached the valley, the devastation was painfully clear. I have never seen smoulder on such a scale. Fortunately, the smoke jumpers we met gave us good news – the fire was largely out and we were safe to press on to McQuesten.

Basecamp can be best described as a field surrounded by pine woodland. Filled with bears. So when the YEs and myself saw the bear fence, we were somewhat relieved. Preparations began in earnest: the YEs set up ‘tippy taps’, dug pit latrines, pitched tents, and set up cooking and washing areas, each of which were separate due to the obvious presence of wild animals. And so, day-by-day, what started out as a simple field became something more familiar, if not quite the height of modern day infrastructure.

Of the 50 YEs on expedition, our small group comprised myself, our Adventure Leader and 8 YEs. Together, we would safely navigate the Canadian wilderness while learning a bit about science, nature and the environment.

The three weeks passed quickly. Days were long and were mostly spent hiking arêtes, plateaus and river basins. Every day was similar but connected. Water became a constant worry. Oftentimes we had to cache clean water to bridge the gap between two reliable water sources, as we explored deeper into the range. Mount Davidson eluded us, much to the disappointment of us all; the terrain was just too dangerous to navigate, although I so desperately wanted to head down the scree and into the next valley – a place only accessible by foot or helicopter. It was like something out of Doyle’s Lost World.

The only evidence we found of large mammalian species was prints and poo, some of it worryingly large and fresh. But we made plenty of noise while walking, and heeded the advice given to us by local rangers. We would pitch tents in a single row, carry bear spray at all times, never keep food in our tents and always eat/ cook away from our sleeping area. It worked, much to our relief.

I found it easy to get into a rhythm. Wake up, brush teeth, build fire, eat, wash up, hike, lunch, hike etc. Life was simple and regular. No need for past or future tenses, really – we were very much in the moment.

This didn’t change as we exchanged our hiking gear for paddles. Life continued in the same fashion. And by this point, the team were close-knit, and we knew each other well, perhaps too well. The paddling took some getting used to, especially when faced with a headwind and lacklustre current, however we learnt new skills and became comfortable in our watery surroundings.

As we flowed from the Teslin into the Yukon, time seemed to speed up, along with the current, which was now a spritely 7km/h.

We saw more wildlife. Bear, lynx, beaver. We even howled with wolves on a moonlit night. And fly-fishing was a daily occurrence – I can tell you that fresh artic grayling wins over corned beef, every time.

At times the isolation was suffocating, and yet liberating. All at once we were so remote that any acute injury would have killed us; and yet occasionally a fellow paddler would drift by, to remind us we were still human.

Two weeks later and the end was abrupt. I remember rounding a bend to come across an oddly straight line in the distance – concrete blocks lining a road. At that point I knew it was over. I had become so used being in our natural surroundings, where nothing has a straight edge, that the appearance of such a uniform structure confused me. I will not forget it.

Before we knew it, we were driving instead of paddling, flying instead of hiking. It didn’t feel right, somehow. And gone was my sense of purpose. I no longer needed to work for the essentials: heat, hot food, clean water – these were simply available at the push of a button. But now I had to ‘work’ to pay for these things. Madness.

Anyway, it’s hard to capture the journey and harder still to comprehend it. If you really want to know what it was like, sit down with me at the fireside and I’ll take you there.

Read A summer in Canada: Dr Leigh Bowman on his summer expedition to the Yukon in full 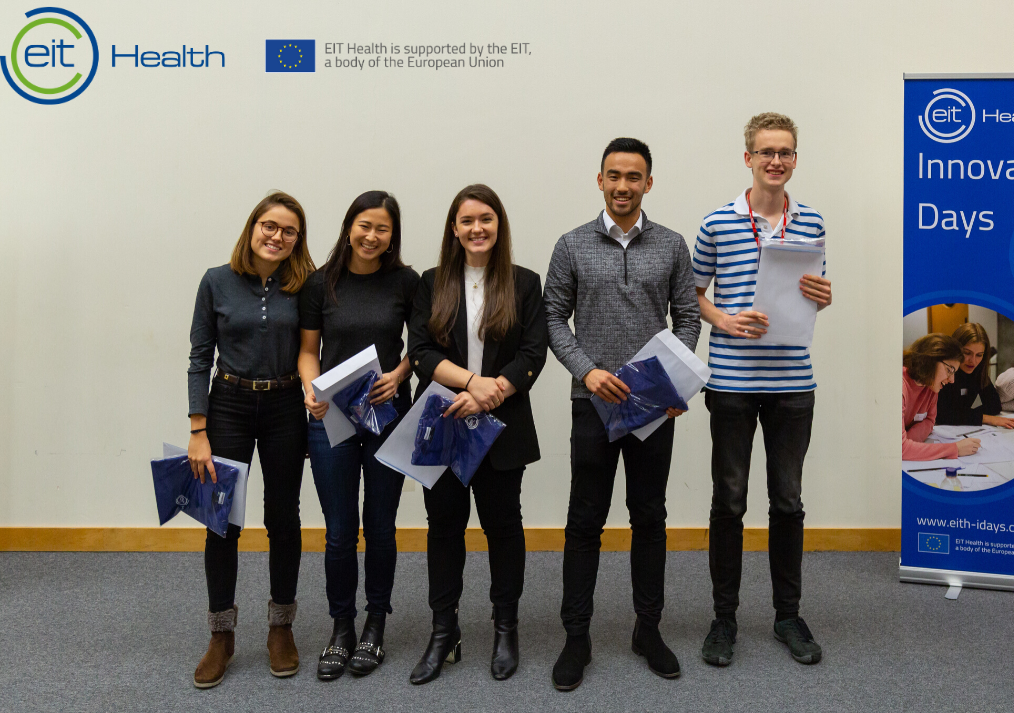 The warm lighting of chandeliers sparkled though the opulent ballroom of the Palais Brongniart as the sounds of Paris traffic hummed from the street below.

The room held its breath as teams waited anxiously to hear if they had become a Top 5 finalist at the EIT Innovation Day Winner’s Event. A whisper came from the seat to my left, “No matter what happens, I’m so proud of us!”. My colleagues, who had gone from complete strangers to trusted teammates in a matter of hours, all smiled in agreeance. The applause of hundreds of people suddenly broke the silence as the announcer rang out “Rhea, the Detector Pad!”.

An idea which had developed in a small lecture theatre of Imperial College London between four strangers had progressed to become a Top 5 Innovation Finalist out of 32 prestigious European universities at the EIT Health Innovation Winner’s event in Paris.

Our journey began in November as 101 students arrived at the South Kensington campus for a day of training in innovation and entrepreneurship. After inspiring lectures from past attendees, teams were randomly allocated and presented with the task of developing innovative health ideas for the concept of “Bringing Care Home”. Each team underwent design thinking training, pitch coaching and various rapid ideation tasks in order to develop innovative and sustainable solutions to shift healthcare from the hospital to home.

As my team progressed through the activities and training, I soon came to realize the importance and versatility of being allocated to a team with a multitude of backgrounds including public health, engineering, medicine, and business. After 9 hours of discussion, development and pitching our idea to a prestigious panel of judges, “Rhea, the Detector Pad” was selected at the Gold Place Winner and presented with the opportunity to represent Imperial College London at the Paris Winner’s Event!

The EIT Health Innovation events allowed me to utilize the knowledge I have acquired during my Master of Public Health course at Imperial, collaborate with colleagues from a multitude of professional backgrounds, and develop new skills sets that will benefit my future career. As the Founder and Executive Director of Oyana International, Inc., a nonprofit working to eliminate gender disparities caused by menstrual taboos in Tanzania, I am grateful for EIT Health, Imperial, and my new teammates for allowing me to continue these principles and objectives with the development of “Rhea, The Detector Pad”.

Our product, an environmentally friendly menstrual pad designed to detect STIs, was developed in order to reduce the barriers which often prevent women from seeking medical attention to diagnose sexually transmitted infections. With £136 billion cut from sexual health services in the UK and national STI rates steadily increasing, our product aims to bring these crucial services home to women in the UK and around the world. I am very much looking forward to continuing research and development of ‘Rhea’ with my team in order to combat these barriers of sexual health services on a global scale.