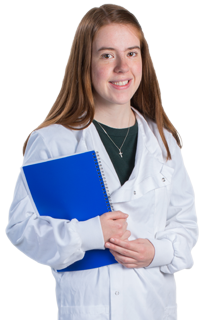 Welcome to my shiny new Imperial College Student Blog!  I guess I’ll start by elaborating on my About Me page.

So HI *waves frantically* I’m Izzie and I’m a first year biology student. So far, this means I spend quite a lot of time pippetting stuff from Universal tubes into test tubes and dissecting unusual things like squids. When I’m not in labs, I’m learning about cool stuff such as primate evolution and how everything you learnt about electrons in A Level chemistry was a lie. That’s one of the hardest things about science… the deeper you go, the more you realise that everything you learnt at a previous level does not quite work as you think it does.

When I’m not at uni, I can often be found doing things with the Christian Union. We do a lot of pretty great stuff and there is so much to get involved in even though we’re only two months in to the academic year! I’m not involved in much sport at the moment (I tell people that I run but this is mostly a lie… I hate running and I go occasionally to appease my sense of guilt that I never exercise. I’m a wimp.) but my new year’s resolution is going to be to try out a class at Ethos, which is Imperial’s gym. If you’re a gym rat, you will probably love Ethos. It has a swimming pool and all the regular stuff you’d fine in a gym, (can you tell I have never stepped foot inside a gym in my life?) squash courts, a climbing wall and they also do a wide selection of different classes like zumba and spin and some kind of uber intense cardio workout involving things called weight plates and medicine balls. Wish me luck.

I live in mighty Fisher Hall and I actually really like it ok. If you are unfamiliar with the accommodation hierarchy here at Imperial, Fisher is generally considered to be a pretty bad place to live because it’s a bit old and crumbly in places. Yes it is crumbly but the people are lovely lovely lovely, I have met many of my closest friends at uni here in halls and our hall seniors are great. There is always someone to chat to in the common room, we have a pool table and since we’re in such a central location, we’re close to everything. South Kensington life is aces people.

When I am not pippetting or hanging with the Christians, I’m having epic movie nights in halls or just chilling in my friend’s rooms. One thing you will learn when you move in to halls is just how many people you can fit on to a narrow single bed to watch a film when you really put your mind to it (our record is six).

I really like baking and cooking so I’m also in the kitchen a lot and my freezer is almost always full of leftovers (because I am incapable of cooking for just one person, I always have enough to feed a small principality) that I force feed my friends. If you are ever hungry, come and find me.

I hope that’s a sufficient introduction to who I am and the kind of stuff I’ll be blogging about. Expect more about my foray into the world of gym classes (omgosh I don’t know why I said I’d take up exercise classes, now it’s permanently on the internet I’ll have to do it won’t I?) and I’ll try and blog something a bit more interesting next week!!