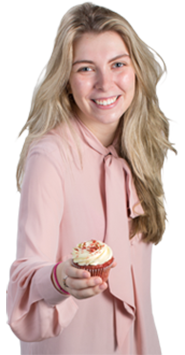 A lot of anticipation. There is still a month and a bit to go until freshers, so do you look at work? Do you try and contact people from your course? Do you go out and buy lots of crockery and bath mats? Do you simply try to pretend this big scary life event isn’t going to happen?

The simple answers are no, no, yes and no! Now to the more complicated questions.

Will I fit in?

Everyone you will be around is having the same unnerving experience as you. You would have to try pretty hard not to fit in. On the first night I was at Imperial, I went on a boat trip down the Thames with my hall and a boy came up to me and said ‘I’m on medication that you can’t tell anyone about because it’s illegal in England.’ That was weird. But it was freshers. Pretty much anything goes, and he turned out to be very nice (yes, slightly crazy but still very nice) and we are still friends!

Anyway, I’m trying to say is in my experience is that you can be as quiet or strange as you like and you will find some friends. We had a girl on our floor who I think I saw three times in the whole year. She never ate in the kitchen, she never talked to any of us, but if she’d come into the kitchen in the last term and sat down to say hello we’d all still have been dying to talk to her and be her BFF.

The roads are hard to cross, but it is the best place to live! The best. There is so much to do and so much to see and so many places to take people! It obviously has some downsides—there aren’t a row of clubs where you will know most people from uni like at some of my friend’s universities, but maybe that extra bit of anonymity could be a good thing too.

I am going to do another blog later on things to do around Imperial and in London, so keep your eyes peeled for that…

I am not the best at drinking/ haven’t really drunk that much before?

Well there will certainly be a lot of chances to change that! There isn’t any pressure though—if you aren’t awkward about not drinking or drinking not as much as everyone else, no-one else will be bothered. I am a terrible lightweight and get teased from all sides but no-one is actually bothered by that and it saves me money!

Will I be homesick?

Not for a long time after freshers. There will be so much to do in the first few weeks you won’t have time to think about missing anything! About six or seven weeks in I had a few moments where I felt strange not having seen anyone from home, but then I didn’t visit at all in my first term—a few days away from uni and my guess is you’ll probably want to come back anyway.

No. Not unless they are your roommate. Chances are you will not meet most/any of the people you talk to on facebook (at least in the first few weeks and maybe not ever—I still don’t know everyone in Physics) and even if you do what is the advantage of having had a strange, probably slightly awkward online exchange with them. Don’t do it! I’ve never known anyone it worked out particularly well for.

Will I have enough money?

Surprisingly, yes. I don’t know anyone that has actually starved at uni. You will at least survive.

If everyone hates me in freshers is that the end?

No, but it is generally harder to make new contacts outside of freshers. Sure you will never see the majority of the people you talk to again, but it is always best to make an effort to put yourself out there in freshers and get to know as many people as possible.

Will I cope with the work?

Yes, sometimes, and no others. Everyone struggles at various points, but who says first year is for working anyway? (I am literally the worst role model for sustainable first year work—I did absolutely nothing at all in term time apart from be vaguely ‘ooh that is interesting in lectures’ and then crammed and crammed and crammed but hey, I’m still here!)

Should I buy the textbooks?

If you want to. They’re not necessary. I brought both the recommended ones for first year, and to be fair, did end up revising quite a lot from them by answering the questions. Some things can be covered well and usefully, but sometimes just the notation and style of questions being different means they are far too much effort. I also brought a couple this year after I realised some of my notes were now completely unintelligible to me, but they turned out to be worse than useless. Problem sheets are enough in most cases, and textbooks will be in the library anyway.

What stuff will I forget to bring?

Individual halls websites provide a pretty comprehensive list of things you should bring. I forgot nail scissors and tweezers, but it gave me an excuse to go out and explore the shops to get some new ones, so I wouldn’t worry about it.

If you are a Physicist you might soon be getting a little Imperial USB thing through the post that you will expect to be filled with lots of exciting information, and which will give you your timetable, but unfortunately also a link to what you will be tested on in Freshers and also a long long document detailing what happens if you fail various courses. Hmm. If this still happens, try not to let it panic you! (Also the maths test will be fine—it’s just an online multiple choice one, but I suppose it is best just to check your brain hasn’t completely seized up.)

What Python do I have to learn? Should I be worried?

You will also probably be told to look at some Python (with is a programming language). I got a book on it—like a beginners guide and worked through some of it, and though it wasn’t really geared towards the mathsy things you do in labs, it did put my mind at ease a bit. If you haven’t done any programming before you will probably find it tricky, but so will most of your year—if you have done some then you basically have free lab marks while us other noobs catch up, though I think everyone finds at least some parts challenging.

Also don’t be worried, because I am going to do another blog with the basic Python things that might be useful to know to save all you cheeky Physicists from having to be worried you are wasting your time on something totally irrelevant!

University is the best. Freshers is also the best. So is Imperial (vested interests should be obvious.) In no time at all you will be here, so enjoy your last few weeks at home.  😀  Welcome to Imperial!

2 comments for “So you got into Imperial… (Pre-freshers FAQ)”