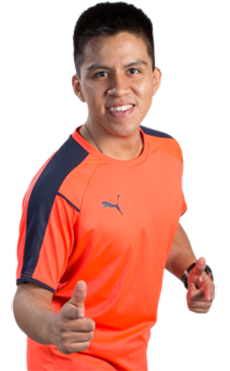 Before coming to London, I lived in St. Maarten, a tiny island in the Caribbean, where the beaches are crystal clear and the airport runway is next to the beach. No kidding.

Moving to an enormous city like London to study at such a prestigious university like Imperial College is a big step for me and my family. I’m so psyched to be here and I’m having a great time so far.

But anyway, how did my great time at Imperial start?

My arrival here and the coming weeks were very eventful. I signed up to attend the 3-day International Student Orientation Programme, during which I kind-of learned my way around campus and others things like how health insurance in the UK works, and what the British say, eat and do.

It was during this time that I began to meet heaps of people with 3 questions:

For me, these were conversation starters, unlike the British who usually start a conversation by commenting on the weather.

Every time I met someone from my course, I would feel joyful because this person and I will be classmates for the next 3 to 4 years.
The best experience I had during the programme was going up the Queen’s Tower and being able to see the rest of the campus and the city from high up.

Did you know: The Queen’s Tower formed part of the Imperial Institute Building, which stood from 1893 to 1966, and has been retained by the current Imperial College.

Those 3 days went by pretty fast, and on the 2nd of October, the rest of the new students (more than 2000 in total) began to move into their respective halls. I got the awesome opportunity to live in Woodward Hall, also known as the Diamond of Imperial.

And then came the most eventful week in my life: Welcome Week.

My timetable ranged from registering with the Bioengineering Dept., meeting other Bioengineering undergrads through the Mums and Dads programme, being introduced to the library, and last but not least (best for last, actually), Freshers’ Fair.

All 350+ clubs and societies at Imperial College set up stalls around campus, meeting new students and explaining them what they are about. The students walked from stall to stall, submitting their names, e-mails and maybe even phone numbers.

This would later develop to attendance in taster sessions during the coming weeks, developing interests and finally club memberships.

This event not only gave the new students an opportunity to meet other students with similar interests, but also a chance for them to continue practicing what they love to do or are good at.

As for me, I joined the Cross Country & Athletics club, because I realized that I’m good at running, but I would like to be great. Not only that, but I would really like to participate in a marathon one day and complete it.

Welcome Week finally finished with the Freshers’ Ball, where hundreds of students gathered at the Beit Quad for a night with music, drinks and socializing. This is where I got to see a live band play for the first time. (Yeah, there’s a lot of things I haven’t seen or done; I’ve never seen snow, for example.)

The craziest moment that night, for me, was when everyone had to evacuate the dance floor as the fire alarm went off. It was at that moment I got to see how dense the area was with students. See below:

Back in St. Maarten, I would normally just walk back home after a night out since everywhere was close, but now that I am in London, I had to take two buses back to Woodward.

I’m still getting used to how life is in a big city, and I look forward to the day where I can confidently get from point A to point B. I’m sure by then I will have made stronger friendships, and gained amazing experiences at Imperial. But let’s not rush to that day.

Imperial College London is an amazing place to be, and I keep meeting authentic people every day. So for now, I shall take every good opportunity as it presents itself to me.