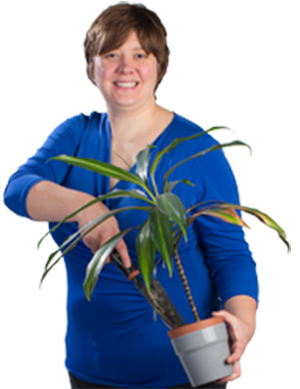 I started species identification of earthworms after attending a course in 2013 which proved very useful when I went on to sample earthworms and other soil animals during my MSc project. After my masters I continued identifying earthworms as a volunteer for the Natural History Museum Soil Biodiversity Group as well as for ‘fun’ collecting species records for the Earthworm Society of Britain which I continue to do in addition to identifying samples for my PhD project. For such an ecological important group earthworms are terribly under-recorded but with just a small number of species, good identification keys and reasonably clear identification features they are a nice group to ‘do’. There is lots of advice on earthworm sampling and recording on the Earthworm Society of Britain website and they also run identification courses.

So how do you identify an earthworm?

Firstly in most cases your earthworm needs to be an adult, mature earthworms have a saddle (clitellum) which is part of the reproductive system – forming a cocoon which protects the earthworm’s eggs.

There are 27 species of earthworm in the UK, but only a few can be reliably identified in the field, for these you can use the free OPAL Earthworm Guide or online key but most require close examination using a microscope and an identification key. For UK earthworm identification there is Sherlock (2012), published by the Field Studies Council and part of their excellent AIDGAP (Aid to Identification in Difficult Groups of Animals and Plants) series and the not so user-friendly Sims and Gerard (1999). Both of these keys are dichotomous – each question (or couplet) in the key has (generally) two paths to follow. The trouble with dichotomous keys is that you can get stuck if the specimen is missing the feature in question (e.g. headless!) or if you make an error and end up on the path to the wrong species. An alternative type of key is multi-access or ‘synoptic’ key, where the user selects the characteristics presented in the specimen and is presented with a list of species which fit the characters. A multi-access key to earthworms has been developed by Rich Burkmar of the Field Studies Council based on the AIDGAP key.

In the FSC key Lumbricus and one other genus are separated in the first couplet by the structure of their head. At the head of the worm is a fleshly lobe or prostomium which covers the mouth, in some earthworms two lines run from the prostomium so from the top it looks like the first segment is split into three, this is known as a tanylobic head and is the type found in Lumbricus (the other type is called epilobic). Earthworm identification often requires counting the number of segments before the clitellum and how many segments the clitellum covers which can be quite tricky if the segments are indistinct, or if you are distracted while counting!

Other characters used in earthworm identification are the position and shape of the tubercula pubertatis (TP for short) which are a pair of raised pads on the side of the clitellum. Some earthworms have very distinctive TPs.  One of the most common UK earthworms is Aporrectodea caliginosa, which generally has two bumps on segments 31 and 33, which can sometimes be seen without a microscope.

Another earthworm with a distinctive TP is Satchellius mammalis with a crescent shaped TP. This small red earthworm is found in woodland and dead wood, and was the 5th commonest species I found in my MSc study site.

In the two years I have been studying earthworms I have found and identified 19 out of the 27 species in the UK, 14 of which can be found just in my garden! I hope eventually to meet them all, but a couple of species are very rare and another has only been found in Eire, so this may be difficult!

Earthworms I have found and recorded: