Nobels, cats and some pseudo-profound bull**** 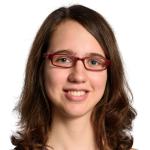 Watching cat videos can give you a Nobel Prize.

Well, Ig Nobel, to be precise, but still sounds impressive. That’s what I learned thanks to our Graduate School.

I just came back from the Ig Nobel Award Tour Show 2018 hosted annually by Imperial. Ig Nobels are awarded every year at Harvard University by actual Nobel laureates. The only criterion is: the research first makes us laugh, and than think.

Having attended the show last year, I suffered from a stomach pain after laughing too much. The “goat man”, Ig Nobel prize winner in Biology who decided to become a goat for a few days, still makes me giggle.

Read Nobels, cats and some pseudo-profound bull**** in full 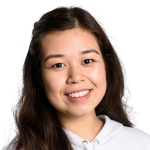 Coming to you from mid-way through play week.

Picking up where I left off in the last blog post; as the Autumn Play was happening, Freshers’ Play was also a thing! So each year, older years in drama get together to direct (and sometimes even write) 3 short plays featuring the freshers. I remember genuinely freaking out because one of the plays were improv meaning the audition would be too. Honestly ended up having an absolute blast- and got one of the leads. I played a (largely-drunken) drama fresher who was couch-surfing because she had been kicked out of halls. Good times. 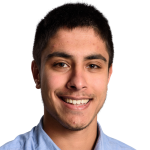 Biological Sciences with year in industry

4 years I’ve been waiting. Today was the day – I finally saw a substantial amount of snow in London. It was as magical as I had hoped! I always remember as a child waking up on the morning of a snow day and screaming with joy! Yeah, that still happened even as a 21 year old. It seems that snow, no matter how old you are, always elicits a feeling of playfulness and unbounded joy (unless you’re trying to commute – then it only brings sad sad sadness).

I should warn you, snow in the UK is a rare event (unless you live in Snowdonia in Wales or Northern Scotland) and as a result, we are awfully prepared – EVERY TIME.

Biological Sciences with year in industry

23rd February 2018 10am to 1pm – the specifics of my last Imperial undergraduate exam. MY LAST EVER ONE. Writing this now, I can’t quite believe it’s all over.

This exam season was no different to others (apart from the fact this exam counted for more than my entire first year – or something ridiculous like that). Many hours were spent in the library, working and procrastination in equal measure. For me, I always studied in St Mary’s library in Paddington as it was 5 minutes from home and, in my opinion, it’s the nicest library Imperial has – think old wooden beams and a studious vibe.

Doing a Masters in Public Health without a science background 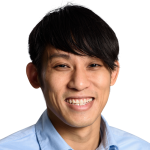 I don’t come from a background in science – my Bachelor’s is in History and I’ve spent the past five years working in marketing – so I often get asked how I’m coping with doing a science degree like Public Health.

And the answer is: not too badly, so far. At least judging from my results for term 1, especially statistics and epidemiology.

Part of this is definitely down to pure elbow grease: extra hours rewatching lectures, consulting YouTube tutorials and making sure I got all the homework done. But thankfully, it’s also because postgrad education is more about the application of technical knowledge to the real world than whether you can memorise formulas. 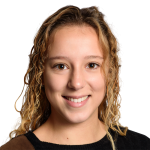 Your hall is your home for the first year and your flat mates shall be your family.

Every year, Linstead does a hall trip. This year we went to Budapest for a weekend.

Here’s to the memories that we will remember

Here’s to the people we won’t forget