Another Term Bites The Dust 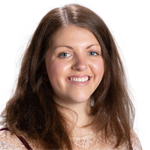 In a previous blog post I managed to summarise my first term at Imperial with the song lyrics of ABBA. As the Easter holidays begin, I have attempted to use the words of the legendary band, Queen, to reflect on what has been an incredibly busy second term.

We Are The Champions

Dance Company has continued to be a huge presence in my life at Imperial. In February we travelled across the country to compete in two university dance competitions for which 8 teams have been preparing hard for. Dance Company truly were the champions as we ended up winning a total of 13 awards across the two competitions in Southampton and Liverpool.

Read Another Term Bites The Dust in full