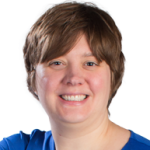 Today is Endangered Species Day, which aims to make people aware about endangered species, why they are threatened and how they can be helped. An endangered species is one where its population is especially low, when the last have gone it is classed as extinct. Around the internet today there will be lots of articles on familiar endangered animals such as elephants, rhinos and tigers, but lots of smaller animals, including some earthworms, are also endangered – so I wrote a blog on these neglected animals.

The International Union for Conservation of Nature (IUCN) assesses species to see how at risk they are of extinction on its Red List.

Organising a conference is hard work!

March arrives and it’s time for the annual Natural History Museum (NHM) Student Conference! I am on the student committee and so help with the organisation. There’s a lot to do organising a conference but we learnt from last year and with new members on the team it seemed a lot less stressful this year! Despite the stress and extra work being part of a committee and helping organising a conference is a great opportunity to learn useful skills and make contacts, so I highly recommend getting involved with one if you can.

Talks are compulsory for 3rd year PhD students like me so although I had spoken at the two previous years’ conferences (I need the practice :\ ) I was yet again up on stage.

Read Organising a conference is hard work! in full

If a scientist does research and doesn’t tell anyone about it, have they done research at all?

Communicating results of our research to other scientists is essential, it allows others to critique it and make recommendations, build on our work and make decisions about how to manage issues based on the results.

Science Uncovered is part of European Researchers’ Night, and is a free annual festival of science held at various institutions across the UK giving the public the opportunity to discover rare items from the Museum collections, meet experts and take part in interactive science stations, debates and behind-the-scenes tours.

Earthworm Watch at the Bristol Festival of Nature

I was able to attend the Bristol Festival of Nature thanks to a grant from the British Ecological Society. I was fortunate to be the first beneficiary of the Regional Funding Scheme which provides support for researchers to undertake public engagement activities.

The Bristol Festival of Nature is the UK’s largest celebration of the natural world with two days of free interactive activities and entertainment across Bristol’s Harbourside. I had a stall in the Green Forum tent in Millenium Square and spent two days talking with the public about soil health and earthworms, with activities including handling and identifying live earthworms and a ‘count the number of earthworms in the wormery’ competition – with a prize for the winner.

Read Earthworm Watch at the Bristol Festival of Nature in full

I brought along some live earthworms for people to hold which was particularly popular with children. It was heartening to hear more people comment that they were “cute” rather than “yuk”. I gave out leaflets and took several sheets full of email addresses to follow up with more information on Earthworm Watch so I hope it will lead to more recruitment for the project.

As part of my research into human effects on soil biodiversity I have been developing a citizen science project in partnership with the Earthwatch Institute and the Natural History Museum and in association with the Earthworm Society of Britain.