When Imperial Students baked up a British Tea Party for astronauts! 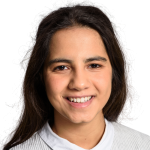 I have now come to the end of my 10 week medical research placement in the European Astronaut Centre, Cologne. I have had such a fantastic experience there, and can’t thank Imperial and the European Space Agency enough!

Did you know that there are 3 English interns at the European Astronaut Centre out of the 20 or so interns here. And did you know that all 3 of us are from Imperial!?!?! How cool is that!

SO, we have had a tradition at the EAC that interns and staff from each country cook a meal for everyone to share a bit of their culture- over my time I had a Belgium dinner, French, German, Swedish, Spanish…and it was our turn.

Read When Imperial Students baked up a British Tea Party for astronauts! in full

Medical Interning at the European Astronaut Centre: My Intercalated BSc Project has begun!

I am so grateful for all the amazing opportunities that Imperial gives you here. One of the best to date has been the intercalated BSc project. In 4th year we take a year out of medicine to do a BSc, and delve into a topic in depth. I have been doing Global Health, and finished my 3x 3hour exams in the last week of Feb. From March-May we now have time to complete out “dissertation” for our BSc, and my project is working with flight surgeons (space doctors) in Cologne at the European Astronaut Centre.

I am so grateful Imperial have supported me in my move out, and honestly my first week has been incredible.

Read Medical Interning at the European Astronaut Centre: My Intercalated BSc Project has begun! in full

I have absolutely loved this year so far. I have been doing a BSc in Global Health here at Imperial- so essentially taking a compulsory “year out” of medicine to learn in depth about a topic that interests you. My module 1 focused on Global Infectious Diseases, Module 2 focused on Global Non- infectious diseases and now I am doing Module 3 which is essentially everything else (health systems, technology..)! The whole degree is very student led, with a lot of our teaching time being interactive. We have debates on global mental health issues, have discussions about the history of sex workers and their health, and then we also learn how to critically appraise and analyse the global health learnings and research.

Read Intercalated BSc in Global Health at Imperial! in full

I AM HALFWAY THERE!

Wahoo I am halfway through medical school, officially! We had our ICSM Class of 2019 Halfway Dinner on my birthday (15th October if you need to put in diary for next year).

It was such a lovely evening, we had the whole year group come down to a hotel in London. Everyone looked so good in black tie, and the venue was so well decorated! It was all organised by a committee of people in our year group, and I can’t believe what they managed to pull off.

Evening started off with a drinks reception. It was so bizarre seeing the whole year together in black tie… like a REALLY formal lecture.

Read I AM HALFWAY THERE! in full

That time Imperial turned me into a hologram!

Earlier this year Imperial got thinking about how they could celebrate some of our alumni’s notable achievements. We honestly have some amazing alumni! Dennis Gabor, who worked at Imperial, actually invented holography and won the Nobel Prize for Physics for it in 1971. His work formed the basis of the holograms that are in use today.

The student recruitment and outreach team contacted me to let me know that they were purchasing a Musion EyeSay hologram to temporarily be placed in the Main Imperial College Entrance. They asked me if I would like to be the face and voice of the hologram…of course I said yes that is so ridiculous.

Read That time Imperial turned me into a hologram! in full

The cost of a medical degree

Warning: This is what I have gathered from this all. I could have bits and bobs completely wrong here, so please do correct me.

So today I was on student finance England, trying to work out how much debt I was in. Luckily for me, if you log into www.studentloanrepayment.co.uk you can check it out.

The below is a very honest account of my debt, hopefully will be able to lay it out honestly for prospective students about what they are facing.

Read The cost of a medical degree in full

Having doubts about studying medicine, and how to deal with it!

I am halfway through this 6 year degree- woah. And I am having a bit uncertainty as to where to go from here, especially as pretty much all my school friends are graduating now and starting real life. Questions have popped up like what do I want to do for a BSc project, what shall I do for money in 5th and 6th year, what speciality am I thinking that I eventually want to train in and ultimately…is medicine for me still?

People have doubts in life, and it really is not uncommon to have doubts about whether medicine is the right career path for you (especially when you are racking up a huge debt for it).

Read Having doubts about studying medicine, and how to deal with it! in full

Choosing and Applying for an intercalated BSc…!

At Imperial we are really lucky that everyone gets a guaranteed place on an intercalated BSc course, hence why we are here for a hefty 6 years.

During an intercalated BSc all medical students take a step away from the normal day-to-day life of a medical student and enter the realm of essays and deadlines for a year in 4th year. At the end of year 4 we all gain a BSc in the course of our choice. Pretty cool. We spend September-Feb in lectures and then have our exams, and then we get to complete a research project (or a short course) for a few months.

Read Choosing and Applying for an intercalated BSc…! in full