What is Imperial Plus? 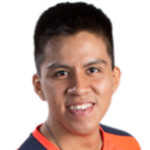 You know, I can answer this question by just re-reading the Union’s page ‘What is Imperial Plus?‘ and paraphrase the things I read there.

However, I figured that would not be as interesting (and as easy) as me just writing on what Imperial Plus has meant to me so far, and what experiences I’ve had until today.

I initially learned of the Imperial Plus (let’s abbreviate it to IP) scheme in an e-mail from Imperial before the Autumn term started. Of course, I read the page linked above, but I finally understood it when I attended a volunteer fair in the Great Hall in the South Kensington campus on the 13th of October, 2015.

Read What is Imperial Plus? in full