“Once more unto the breach, dear friends, once more” 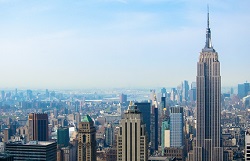 Climate change was not, so far as I know, one of the issues that Shakespeare wrote about, despite plays like “The Tempest” or (for the sceptically minded) “Much Ado about Nothing”.  But King Henry V’s lines in Act III of the play of that name could have been written for the UN Secretary General to deliver at the Climate Summit in New York on 23 September where, with the help of a VIP cast, he in effect also urged us to “stiffen the sinews” to address one of the defining issues of our age.  And he was right to do so.

Without concerted and sustained action to reduce greenhouse gas emissions from the major emitting economies and across various sectors, climate risks will continue to grow to potentially catastrophic levels.  Thirteen of the 14 warmest years on record have occurred during the 21st Century. Atmospheric concentrations of carbon dioxide are growing rapidly.  And on current trends, the average surface temperature of the planet is likely to be some 4 degrees Celsius warmer by the end of the century.

There is increasing evidence that action on climate change is compatible with continued economic growth and development. Indeed, one could argue that it is a prerequisite.  The recent Calderon report illustrates that in many cases action makes sense even in narrow economic terms and highlights the opportunities for action on cities, land use and energy.  While undoubtedly there will be losers as well as winners from a transition to a low-carbon economy, this fact has always been true of the major economic and social transformations that have shaped our world.

The point is that, unless we act, there is a real risk that humankind will face a far worse future than its recent past.  Financial investors see these risks – that’s why global investors representing US$24 trillion of assets have just called on “governments to develop an ambitious global agreement on climate change by the end of 2015. This would give investors the confidence to support and accelerate the investments in low carbon technologies, in energy efficiency and in climate change adaptation.”

I must admit, the analogy with Henry V is not perfect for (at least) two reasons.  First, the venue for the 2015 climate summit that is meant to finalise this new global agreement is Paris. Some six hundred years after the famous battle at Agincourt, I hope preparations for the summit will be marked by excellent co-operation between the UK and France, at all levels!

Second, an all out fight between the developed and the developing world must be avoided.  Clearly, whatever agreement is reached in Paris will have to address the diversity of nations and developing country concerns about finance and technology.  But the scale of the problem is now such that there can be no rigid divide between the developed and the developing worlds.  We will all have to work together if we are to achieve the peak in global emissions in the next ten to fifteen years or so, which is the first necessary step in reducing climate risks.

An international agreement between governments on its own will not be sufficient however.  Action needs to be taken at all levels – city, sub-national, national and regional – and across sectors.  To quote from the Calderon report, this will only happen if governments provide “consistent, credible, long-term policy signals”.  Well-designed policies can drive resource efficiency, create the conditions for investments in low-carbon, resilient infrastructure and stimulate innovation in the technologies we need and the new business models and social practices that will drive this generational transformation to a low-carbon world.

“Once more unto the breach, dear friends, once more”…