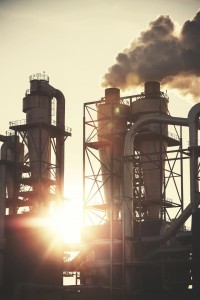 It is perplexing that some climate change sceptics, who expend much energy in decrying global circulation (computer) models of the climate, on the basis that they cannot properly represent the entire complexities of the climate system and/or that they contain too many approximations, are now resorting to an extremely simplified model to support their arguments.

The model used in the Sci. Bull. article is a very useful tool for conceptualising the factors which contribute to the relationship between increasing concentrations of carbon dioxide in the atmosphere and global average temperature – indeed, we use such models as teaching aids for students studying atmospheric physics – but it is in no way fit for purpose as an accurate predictor of climate change.  It requires as input the values of a number of parameters and, fundamentally, the choice of these values determines the predicted temperatures

Key here is the “feedback parameter” which represents the knock-on effects of changes in the atmosphere on the initial response to greenhouse gas warming.  A positive feedback will make the temperature change larger and a negative one reduce it.  For example, as the atmosphere warms it can hold more water vapour which itself is a greenhouse gas, acting to enhance the initial carbon dioxide-induced warming and thus giving a positive feedback.  The physics of this process is very well-understood.  There are a number of other, both positive and negative, feedback processes but overall, analyses of meteorological observations, modelling and understanding of the physical processes point to a significantly positive value.  In the present paper the authors choose a very small value, based on temperatures measured in ice cores over the 810,000 year period of ice ages and inter-glacials.  Their analysis is incomplete but anyway not relevant to changes in global climate over decadal-to-century timescales.

Thus by choosing an inappropriate value of the feedback parameter, and also judicious choices of other parameters, the authors end up with their “models run hot” conclusion.  Must try harder.