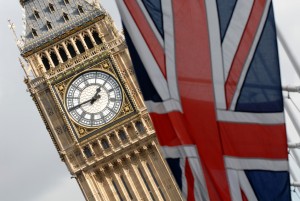 Although both Labour and the Liberal Democrats have pledged to decarbonise the electricity sector by 2030, climate change is unlikely to be a key issue in the run up to the May general election. This reflects a long term decline in political engagement with the problem since the Copenhagen conference in 2009. Although Copenhagen was held in the immediate wake of the global financial crisis, the ongoing recession and drop in living standards have shifted priorities away from tackling climate change. The increasing cost of energy might also have hardened attitudes towards green policies.

However, John Ashton, an independent speaker, commentator and adviser who served as the UK’s Special Representative for Climate Change from 2006 to 2012 says, “Acting on climate change is part of the solution to that problem.

“If you want to make the economy less vulnerable to external shocks, if you want to create new drivers for innovation, improve our infrastructure, deal with the terrible problem of cold homes and vulnerable people dying because of cold in the winter, all of those things; a very serious effort to build a low carbon economy will help with that.”

According to Ashton, the current generation of politicians hasn’t “engaged politically with climate change, which is quite a serious criticism. They have treated it as a policy issue; and there’s an enormous difference between politics and policy.

“Policy is about what you do. Given the sense of identity you have as a political movement, a political party, the values you have, the story you have about our country and where it’s going. Given all of that, what are you going to do?

“Politics is not primarily about policy. It is about who we are not what we want to do. It is about the sense of identity itself, the values, the history, the core national story, and how you talk to the country about what all this means for how we feel about ourselves.

“None of the mainstream political parties have done that. Moreover they haven’t understood the systemic nature of the climate problem. You can’t have one set of policies in a silo marked, if you like, ‘energy and climate policies’, and other conflicting policies in a silo called ‘macroeconomic policies’. Climate change is about the energy system, which is at the foundation of the economy. Changing the energy system means changing the growth model, and therefore intervening structurally using macroeconomic tools.”

Dyfunctional politics and the rise of neoliberalism

In recent decades, the traditional differences between the parties have been eroded by the widespread adoption of the neoliberal prospectus, within a framework of neoclassical economics. Ashton says,

“All of the parties have core stories that have been heavily degraded by the sterile doctrines of neoliberalism and the consumer society. So they don’t talk to us very much about who we are, and where we came from, and where we’re going.”

According to Ashton, this state of affairs has precipitated “a collapse of confidence in politics itself, which we’ll see in the election, reflected by the fact that the vote for the major parties will probably be lower than it’s ever been in my lifetime.” The proportion of the vote going to Labour and the Conservatives collectively was 65.9% in 2005 and 67.6% in 2010, down from over 90% in the 1950s.

“Take a different example. A generation ago, Hitler and what he stood for were still fresh in people’s minds. The core political story in Britain and across much of Europe revolved more than it does now around human universality and the need to make sure that the strong look after the weak and vulnerable. We would not then have turned our backs, as we are doing now, on the plight of the refugees drowning every day in the attempt to cross the Mediterranean. Nowadays our leaders still claim the same values but they do not act accordingly. Of course, expediency and narrow self-interest have always to some extent got in the way of moral coherence. But the gap today is wider than it has been for a long time and people sense that.

“Of course climate change is also a question of justice and solidarity, and some of the refugees are being displaced at least partly by what look like climatic stresses. So the Mediterranean example is not entirely separate.

Putting climate change on the agenda

“If we want to bring about the political renewal we need, we must all do more to connect ‘what we want to do’ to ‘who we are’. Those who aspire to lead us particularly need to focus on this. Building a real political conversation about climate change will have to play a part in that.

“If you want to reconnect politics to reality, to the reality that people experience, then climate change is a good thing to talk about. But they [British politicians] haven’t found the language, and there’s no time now, between now and the election, to construct the right language for that.”

So, what can be done to get climate change back onto the political agenda more generally? According to Ashton, the answer doesn’t lie solely in the hands of politicians. Scientists have a key role to play in communicating the implications of climate change.

“You need to have much better communication taking place between the world of knowledge, if you like, science, the place where the Grantham Institute has its roots, and the world of choice which is politics, because these have to be political choices informed by science”, says Ashton,

“I think a challenge for the Grantham Institute is to act as a kind of catalyst and stimulant for the rapid upgrade in the skills we need among scientists to get stuck into that challenge.”