The 3rd Symposium: Sustainable Development in Latin America, organised by the Latin American Society of Imperial College London (Lat-Imperial), took place on the 20th and 21st of May 2019 at the Skempton Building. This symposium aimed to present Imperial and UK/Europe based research that directly impacts the sustainable development and future of the Latin America (LATAM) Region. Researchers from several nationalities with interest in Latin America presented their work, selected after a rigorous peer-review process, on topics such as the role of natural resources, climate change policy, waste management and innovation, water use and urban planning, energy transition and bioinformatics for a sustainable future of the LATAM Region. The symposium has now been positioned as a forum for scientific and political discussion that enables academics, policy-makers and industry getting together around their common interest in Latin America and its sustainable development.

A significant number of Imperial’s PhD researchers are conducting their research in the LATAM Region. Two third of the publications of Imperial are in collaboration with international institutions around the World. Imperial College London collaborates with Latin America and publications with partners in the region include research in the Andes Mountains, the Galapagos Islands, volcanoes across LATAM, the Amazon region, and the Pacific and Atlantic coasts. Thus, it is paramount to stay connected and show the impact of Imperial researchers’ work to promote potential new collaborations within the LATAM region. With this in mind, the Lat-Imperial launched the 3rd Symposium along with the Latin America Alumni Network of Imperial College London.

A networking event on the evening of the symposium’s first day was organised to bring together Imperial researchers, students and alumni. Because of this, the symposium was selected for the kick off of the Alumni Regional Group for Latin America including alumni and current PhD researchers. The Director of the Alumni Relations Office, Ms Nicola Pogson, gave a warm welcome, remarking the importance of being connected beyond graduation. Ms Pogson reminded the Alumni not only the benefits of being Imperial Alumni but also mentioned some examples of how Imperial Alumni networks in some regional groups have collaborated towards addressing local challenges and invited the community to join the online platform Plexus.

Dr Camilo A. Mesa, current research associate at the Department of Chemistry, was elected as the first Chair of the Imperial College London Latin American Alumni Network. Camilo said “Consolidating our Network will involve sharing insights and knowledge from that ‘next step’ upon finishing the PhD to getting funding or following an academic career, or discussing job opportunities amongst our distinguished Imperial alumni”.

“Regardless the subject we graduate of, or the topics we are experts in, our network will promote values of unity and collaboration amongst Latin American professionals and researchers carrying on their investigations in Latin America”.

The Latin American Society of Imperial College London acknowledges the support and guidance of the Graduate School and the Alumni Relations.

We also acknowledge all the team, sponsors, embassies, and collaborators that work for the success of the symposium and the networking event: 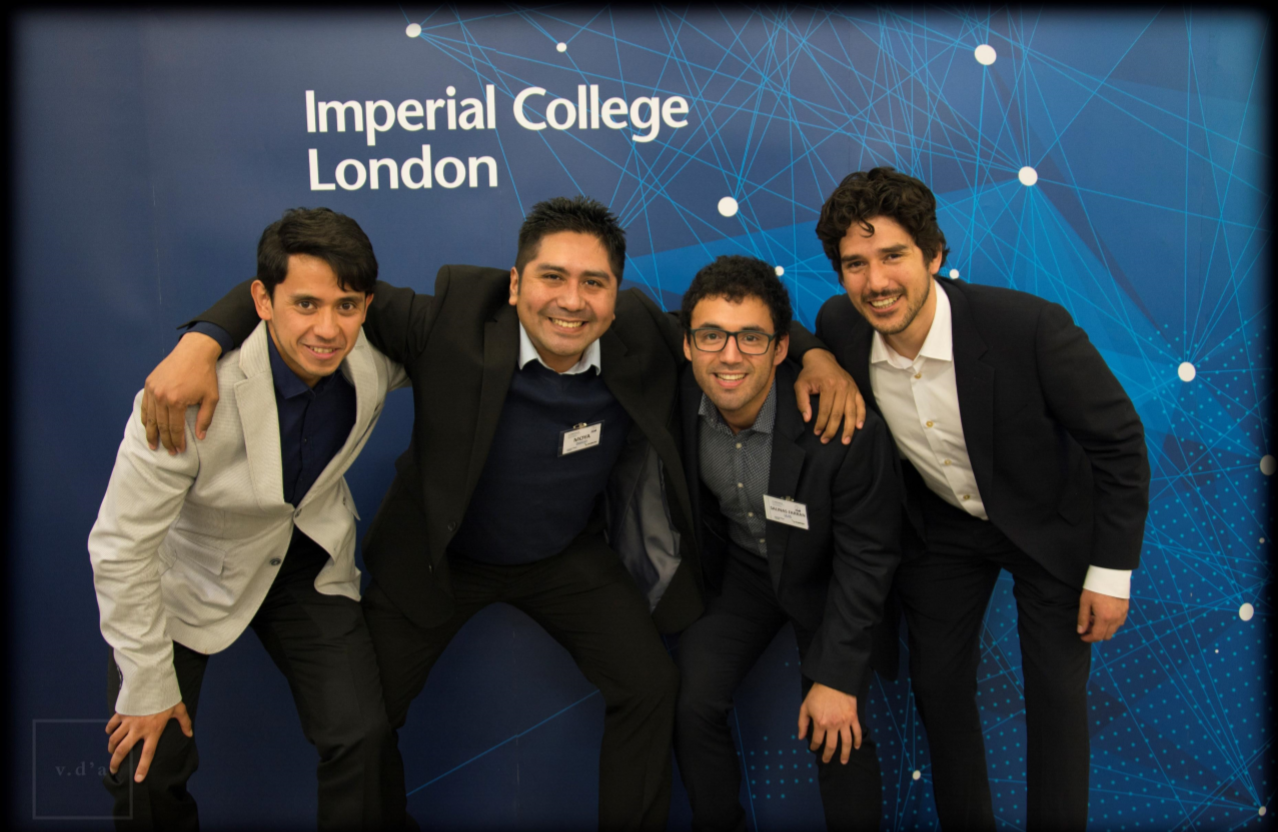