I’ve been busy this past week, making progress with projects at work and exploring more of what Salt Lake City (SLC) has to offer.

Last weekend I headed into Downtown SLC to visit City Creek, a new shopping mall. In true English style, the first shop I visited was Teavana, a shop selling specialty teas and accessories. There I stocked up on some good quality English Breakfast Tea, which has been helping with the early morning starts for work! 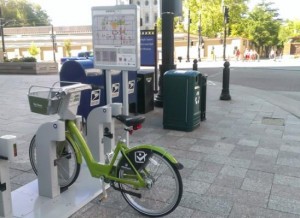 Whilst walking around Downtown I also noticed these GREENbikes. They seem to work in a similar way to the Boris Bikes in London and are used as an environmentally friendly way to get around the city. The GREENbikes are sponsored by Rio Tinto!

Last week at the mine I set up the experiments for the bacterial adaptation. Bacteria are used in the heap to aid with the leaching of copper. As the temperature of the heap rises due to the chemical reactions taking place within it, different bacteria must be used that are suited to the elevated temperatures.

It’s my job to adapt and culture the next set of bacteria to deal with the high temperatures being reached within the heap.

On Friday I was fortunate enough to go and see Stage 4 of the Tour of Utah cycle race that was taking place in Salt Lake City. I had been given a VIP pass from Rio Tinto, which gave me access to the race right up at the finish line and also got me some great food! 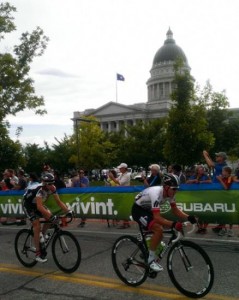 This weekend was the Salt Lake County Fair, at the Equestrian Center not far from where I am living. I spent a whole day there, watching the livestock auctions and looking at the prize winning vegetables, crafts, paintings and photographs.

In the evening I went to the Mexican Rodeo held at the Fair. It turned out to be far more Mexican that I had anticipated; the whole commentary was in Spanish, very fast Spanish! Fortunately, the idea is simple: one sits on a bull and tries to stay on for as long as possible (generally no longer than 5 seconds).

I managed to take a couple of pictures but it’s difficult to catch when it all moves so quickly. In between the rodeo on the bulls there were also some performances with horses dancing to music and even a kid’s rodeo, where the bulls were substituted for sheep and the men substituted for small children. All in all it was great fun!

This week at work I will be performing checks on the bacteria to see if they have matured. Once they have reached maturity I can start working on the scale-up process. My current batch of 500ml isn’t going to spread very far over the heap! 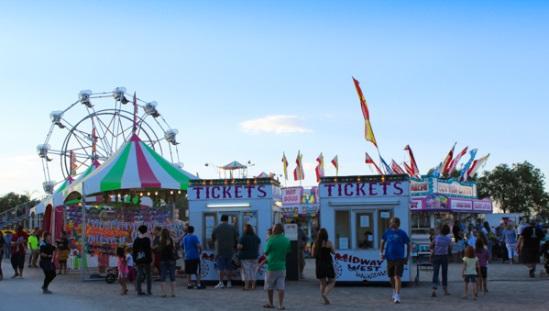 Eventually, all being well, the bacteria will be grown in 2500 gallon tanks.

I also went to collect some ore samples for use in some agglomeration experiments. This involved digging up some rocks and putting them into buckets. Mining in one of its most primitive forms! These tests aim to give better indication of how to prepare the ore for use in a heap before starting to irrigate it with the leaching liquor.

For those of you wanting to know more about what goes on at Kennecott, this video follows the journey of the ore from the mine, a few miles behind my apartment, as it travels along the process, heading around 20 miles north, where it is turned into 99.99% pure copper: http://kennecott.com/about-us#prettyPhoto

I’m heading out to San Francisco next weekend, so expect my next blog post to be filled with tourist pictures of the Golden Gate Bridge and similar! 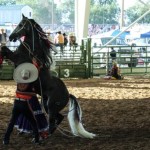 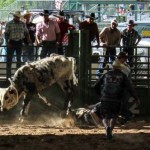