Mind the Gap – Transitioning from Science to Arts 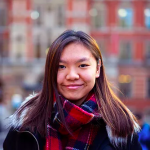 In my role as a Student Ambassador for Imperial College London’s ask-a-student scheme (Unibuddy), I have helped to answer questions from various prospective university students and offer holders regarding my experiences at university and living in London.

To provide some context, I am currently an MSc Management student at the Imperial College Business School, and I’ve previously completed a three-year BSc Biochemistry degree at Imperial College London. So, interestingly, one of the most common questions that I’ve received is: how is it like to transition from a science degree to an arts degree?

With that in mind, I thought that writing this article might be helpful!

Read Mind the Gap – Transitioning from Science to Arts in full

What Being a (Zoom) University Student in 2020 Has Taught Me

Let’s be completely honest with ourselves. 2020 has been one wild ride.

I can still remember those days vividly. That one Friday night when I found out that my final year lab project has been suspended. That one Saturday morning when I found myself staring at the empty shelves at the supermarkets, dumbfounded by the whole toilet paper panic-buying fiasco. And finally, that one Sunday morning, where little did I expect myself to be buying a flight ticket four hours before the plane took off (well I have my fair share of last-minute stories, but none of them at this level).

Being a Medical Student on your First Hospital Placement 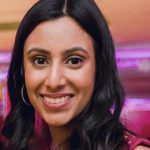 Hospital placement. The experience that the majority of prospective medical students will tell you they are looking forward to the most. It was certainly the case for me. In fact, one of the reasons why I applied to Imperial was because, unlike many medical schools, it gives us the opportunity to go on hospital placement during the early years of our degree. In addition, alongside a fascination for science, what equally compelled me to study medicine was the opportunity to interact with patients. Hence, you can imagine my excitement when I found out the last two weeks of this term had been set aside for our first hospital placement.

Being careful with social media during COVID-19 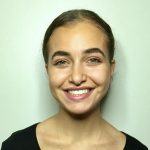 Repeatedly from notices on radio stations to news channels and advertisements on public transport, the Coronavirus has been almost impossible to escape our attention. After a while, this can easily verge on becoming all consuming within our minds and rather than staying informed, we’ve become distracted. The lockdown in particular couldn’t have isolated some communities more and as a means of attempting to rekindle social interaction, we’ve relied on the phone. If there had ever been more of an opportunity for social media to blow up – it would be now. In line with this there is urgency to be wary and balance the enjoyment of scrolling through TikToks with then suddenly spending 2 hours on an app at only 9 o’clock in the morning.

Read Being careful with social media during COVID-19 in full

Some Of My Favourite Places

I was born in London, moved around five times in the same area (twice on the same street!) before settling where I live now. Despite never staying in one place too long, I had not explored much of the city on my own. I was always with my family, and never without at least one of my four siblings. To be honest, I had not even stepped foot on the circle line until I was 18, I think! I had seen more of London in films than with my own eyes.

After starting at Imperial, I was having lectures in South Kensington in the heart of London, I could not help exploring all the places I wanted the go, the restaurants I wanted to eat at, stores I wanted to shop at.

Read Some Of My Favourite Places in full

Most undergraduate students will be located at the main campus in South Kensington.

Tutoring in a Foreign Country

Since my first year in London, I have always wanted to work part time while studying. Even though my parents are able to support me through my studies here, I still desire to lessen their burden in any way I can due to the high international student fees. That notion slowly slipped my mind during first year as I started getting overwhelmed with projects and deadlines. However, after my exams during summer, a few friends and I were talking together and the topic of tutoring just popped up. From there, we managed to find a UK based website called Tutorful. This platform allows mentors to be connected with mentees based on subject and level preference.

Read Tutoring in a Foreign Country in full

Tips to Make Your Money’s Worth in London!

Being a student from Malaysia where the exchange rate from Malaysian Ringgit (RM) to British Pounds (£) is about 5.4:1, I have mastered the technique of saving money while studying abroad such as not turning on the heating even during the winter. Jokes aside, living in London can be very costly but hopefully these few tricks and tips I’m about to show you how you can enjoy a comfortable life in London whilst not putting a dent in your wallet!

UNIDAYS is a lovely platform consisting of tons of student discounts on a wide range of categories all the way from clothing to food dedicated just for students!

Read Tips to Make Your Money’s Worth in London! in full

Getting into Medicine without straight As

My name is Laura and I am currently a third year student on the Graduate Medicine course at Imperial College London. I believe if being a doctor is really what you envision for yourself, no number of rejections will stop you – take it from me! I’m enjoying this process and wish all medical students out there the courage and wisdom to finish the course and remember why you started in the first place.

Unfortunately, to practice in the field of Medicine, good grades are a must. But for those of us who didn’t quite get there the first time, it’s not something to give up on.

Read Getting into Medicine without straight As in full

What does it mean to be a Londoner?

London, England is no doubt an incredibly diverse and busy city – not to mention a place to learn a whole lot of history. I am a university student and currently study Medicine in London. I was born in London and was raised in London. I know all the great places to eat in London. And the worst. I know where to go if I’m in need of nature and calm and where to go if I need noise and people! The point I’m trying to make is that London has something for everyone but I didn’t always appreciate it the way I do now.

Read What does it mean to be a Londoner? in full