A lot of the work to promote equality, diversity and inclusion at Imperial is about looking at our processes but it will also demand changes to our institutional culture.

There are of course many positive aspects to the culture at Imperial already – we have lots of smart, highly-motivated and thoughtful staff and students in the College community. Even so, we know from looking at the demographics and from survey data that there is more to do to improve diversity and to try to ensure that everyone here has a true sense of belonging. 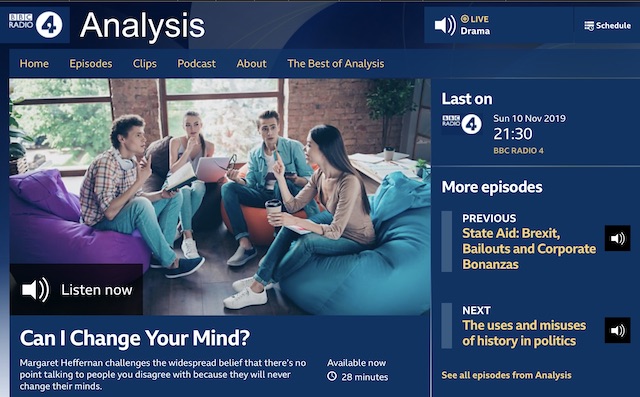 Improved processes can take us so far, but the culture of the place is key to helping people to feel that they are appreciated and understood. Culture is a hard thing to change. Partly that is because it is a hard thing to define. But it’s also because work to promote EDI inevitably takes place at the interface between what is desirable and what is possible. As any physicist or engineer will tell you, at interfaces there is always friction – and resistance.

In my first two years as Assistant Provost for EDI, I have met people who have told me that “women and minorities get all the breaks these days”; that “you will never achieve gender equality”; that “we shouldn’t be wasting money on diversity”; or that “girls just don’t like physics”.  In each case I have tried to counter, but it isn’t easy and I haven’t always been successful.

Even when there is agreement on where we should get to, there can be different perspectives – disagreements even – on how best or how fast get there.

Disagreements are difficult. Few of us seek them out, and many of us try hard to avoid them. But avoiding difficult problems is usually a good way to exacerbate them. So what is the best way to face up to disagreement, particularly if you are trying to change someone’s mind?

One way forward is to develop a better understanding of human behaviour and of strategies that have been shown to work. A fascinating BBC radio documentary presented by Margaret Heffernan addresses these challenges head-on.

In ‘Can I change your mind?’ Heffernan, who gave this year’s Athena Lecture at Imperial, explores the psychology, sociology and neuroscience of how we can easily become entrenched in our views. But she also talks to people who have shown that how carefully structured interactions can open minds and sometimes change them. I can recommend it highly. If we are going to make changes to the culture at Imperial, we will all probably need to think more carefully about how we interact with people who don’t share our experiences or our point of view.

P.S. While on the subject of radio programmes and understanding difference, might I also recommend the recent episode of Desert Island discs, which featured the black American actor, Wendell Pierce? Pierce is currently starring in Death of a Salesman in London’s west end (a production I am determined to see) but is probably best know for his portrayal as Detective Bunk Moreland in ‘The Wire’. Desert Island discs can be a bit hit or miss – some subjects use the opportunity for grand-standing; but Pierce was extremely candid about the racism he experienced in his childhood in St Louis (his first choice of disc was not one I could have predicted!) and about the tension he feels between his higher aspirations and his human foibles.