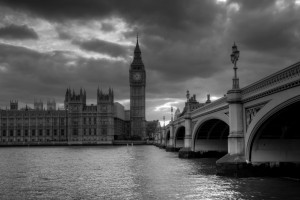 The House of Commons Energy and Climate Change Committee report on the Working Group 1 contribution to the IPCC Fifth Assessment Report, which is published today, has found the IPCC process to be robust. The committee launched an inquiry into the IPCC WG1 report in October 2013, following criticism by some commentators of the IPCC review process and its conclusions.

The Grantham Institute submitted written evidence to the committee (you can read our evidence here) and our Chair Professor Sir Brian Hoskins was called before the committee to give oral evidence.

The committee found that “the IPCC has responded extremely well to constructive criticism in the last few years and has tightened its review processes to make its Fifth Assessment Report (AR5) the most exhaustive and heavily scrutinised Assessment Report to-date. The MPs call on the IPCC to continue to improve its transparency, however. The IPCC would benefit, they say, from recruiting a small team of non-climate scientists to observe the review process and the plenary meetings where the Summary for Policymakers is agreed.”

“Having assessed a significant quantity of submitted evidence, both written and oral, this report is overwhelmingly supportive of both the procedures and the conclusions of the IPCC. It concludes that the WG1 report is the best available summary of the state of the science of climate change, that improvements to IPCC procedures since the Fourth Assessment have ensured “the highest Quality of scholarship” and that there is no scientific basis for downgrading UK’s ambition to reduce greenhouse gas emissions.

In terms of procedures it recommends two areas of further improvement – the appointment by governments of some non-climate scientists as members of the Executive Committee, and to observe the review process, and a greater level of transparency in plenary meetings discussing the Summary for Policymakers – but these recommendations in no way reflect concern about the content of the Assessment. A whole chapter of the report is devoted to examining criticisms that have been levelled, from both inside and outside the scientific community, on the scientific conclusions but none is found to have significant bearing.

Such a robust report from an all party parliamentary committee surely means that we can now reduce efforts spent on dealing with the constituencies working to discredit the IPCC, concentrate on understanding the science behind climate and climate change and do our best to make sure that the government plays a leading role in achieving a global deal on climate change.”

“The committee recognises that the recent WG1 report of IPCC gives a very good summary of the science relevant to climate change, whilst there are some remaining issues on transparency.

The question now is how do we respond to the risk posed by climate change, and I am pleased to see that the Report is clear: it supports the basis for the advice given by the Climate Change Committee and the path the UK is taking towards its 2050 carbon reduction target, in particular the 4th Carbon budget recently confirmed by Government, it advises that the UK Government at the top level should play a major role in international discussions leading up to Paris 2015.”