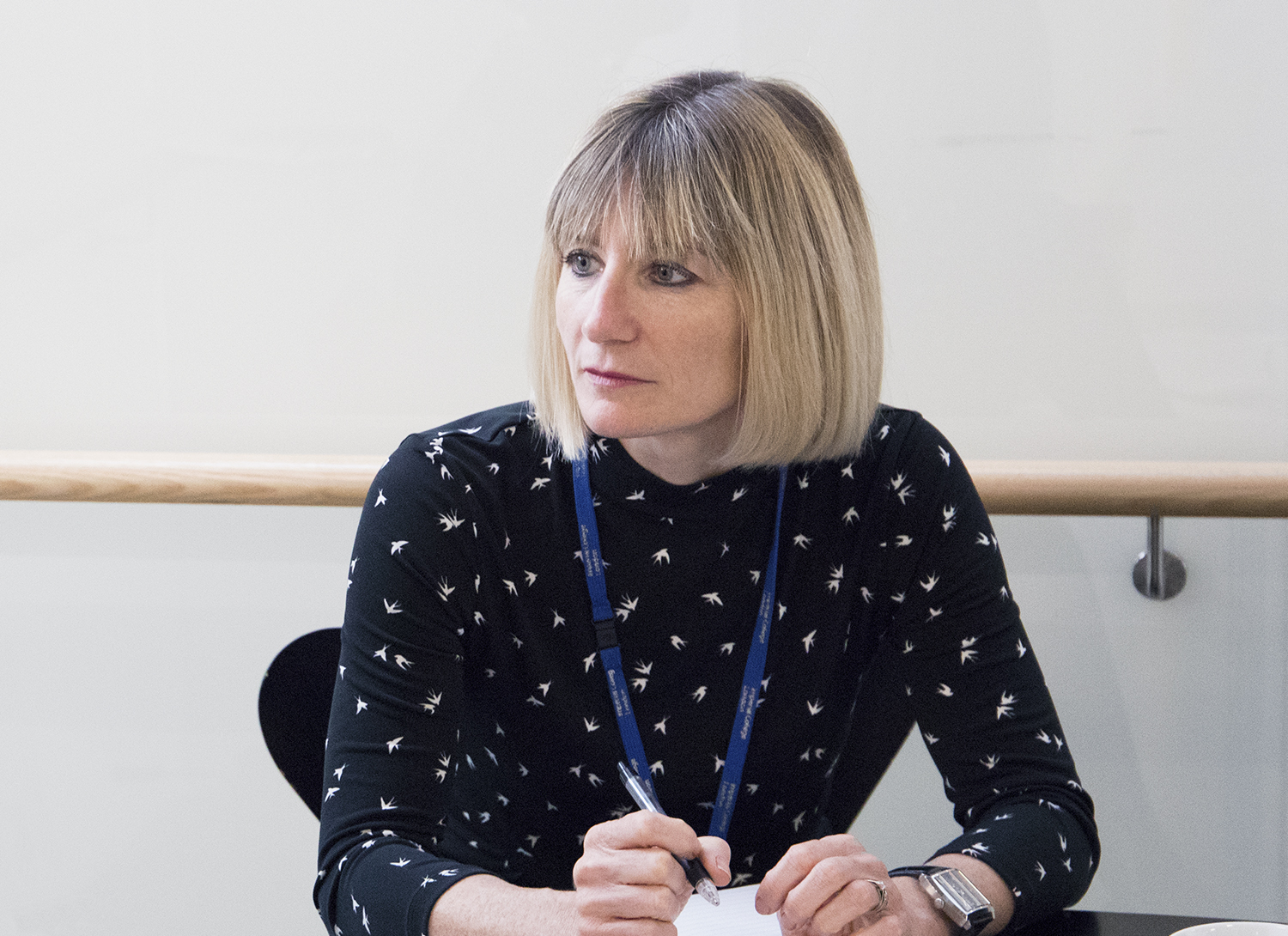 Joanna Thompson is the newly appointed Acting Department Manager for the Department of Medicine. We caught up with her to find out what the role entails as part of our Staff Profile series.

Introduce yourself – who are you and what do you do?

I’ve been working in the Department of Medicine for a long time, and have had many different roles – at the moment, I am the Acting Department Manager. My role involves working closely with the Head of Department and the various managers and administrators to ensure the smooth running of the Department.

When did you first join the Department, and where were you working / studying before?

Now I’m going to be showing my age! I joined the Registry in what was then the Royal Postgraduate Medical School in 1994 after graduating from university. After a few years in the Registry, I moved into the Department for Postgraduate General Practice, which dealt with courses for GP trainees and existing GPs. I was responsible for working closely with three GPs who were based in Barnet and Hertfordshire, developing training courses for GPs and organising various conferences. During this time, I was also studying for a part-time MA in Marketing, so I found myself combining work with studying and preparing a thesis! In 2000, I moved into what was then the Department of Medicine, and have never looked back.

I’ve had four periods of maternity leave, in fairly quick succession between 2001 and 2008, and in 2009 was seconded into the Department Manager role for Neurosciences.  Since 2003, after the birth of my second child, I requested flexible working and have been working part-time ever since.  With the newly-formed Department of Medicine coming into existence in February 2010, I took up a Divisional Manager role in Immunology and Inflammation, and then in 2017 was successful in getting the newly-created Deputy Departmental and Operations Manager role.

What have you found to be the most challenging part of your role so far?

The number of meetings that I have and, as a result, trying to create time to actually do some work!

And the most rewarding?

Learning about some of the pioneering research that goes on within the Department. I don’t have a scientific background, but having worked in the Department for such a long time you start to become familiar with the terminology. I find it fascinating to hear about various research projects.

Are there any initiatives, resources or schemes within the College that you would like to highlight to staff in the Department?

The Department’s mentoring scheme is excellent, and many people – both mentors and mentees – have benefited from it. Mental Health First Aiders are also a valuable resource, and I know that the College are always on the lookout for more people to be trained in this area.

Your favourite thing about working in the Department?

The variety – no two days are the same! Also, the people I work with.

What are the main ways that you think the College can improve its organisational culture?

Through being part of the Department’s Athena SWAN team, as well the Faculty Athena Committee and more recently the Faculty Equality, Diversity and Inclusion Committee, I am aware that there are some excellent initiatives within the College. I think it is essential that such initiatives are not seen as a ‘tick box’ exercise and that we have buy-in from those at the top. I really believe that times are changing and that there is a conscious effort to put systems and schemes in place to improve the organisational culture here at Imperial – even small things such as being aware of the timings of meetings can make a big difference to people who have caring responsibilities. I think the Athena SWAN work in the Department has really helped create an awareness of the culture that exists, and has got people talking about how we can improve – that can only be a good thing!

What are your biggest hobbies and passions outside of work?

Having four children who are all sporty means that most of my time outside of work is spent on the touchline of some kind of sporting field, be it netball, hockey or football! Come rain or shine (or even snow) I am an avid supporter! I also enjoy exercising and go to the gym regularly. I love running and try to fit in a few outdoor runs each week as it helps me to clear my head. It’s also the only thing I do on my own, as none of my children ever want to run with me!

And finally, if you were being exiled to a desert island but allowed to bring one luxury item with you, what would it be? 🏝️