In 2016 Imperial College London, in partnership with the UK Department of Health, launched the first Ministerial Summit for Patient Safety. The inaugural Summit attracted considerable attention with speeches from UK Health Secretary Rt Hon Jeremy Hunt and the former Director of the WHO Margaret Chan who initiated a worldwide Patient Safety Day.

Two years on and the Summit has achieved enormous international success. It has been held in 3 countries – the UK, Germany and Japan – and in its third iteration attracted delegates from over 40 countries. END_OF_DOCUMENT_TOKEN_TO_BE_REPLACED 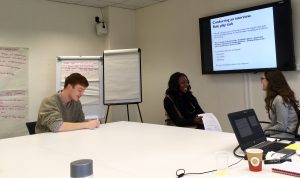 My name is Katy Pickles and I’m currently part of the Young Persons Advisory Group (YPAG) for Imperial College London’s social media, other technologies and mental health research, which is focused on how young people might use social media whilst suffering with a mental health issue. Having used social media whilst in treatment for mental illness, I have found myself curious about the results of research such as this. I have been receiving information and helping shape the project for just over a month now and look forward to the next few months whilst I follow the progress that is made. END_OF_DOCUMENT_TOKEN_TO_BE_REPLACED