What do Netballers really get up to? 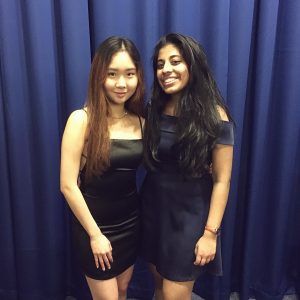 I know it has been a long time since my last post, but I have been super busy with the end of the term and the end of the netball season, oh and of course keeping up with my degree, well kind of. Despite Varsity Fest 2018 being postponed, my calendar has been chock-a-block with all things netball! We’ve had some fun (and tough) last minute practices before our postponed varsity matches, including more sprints than I wish to remember but also the club AGM (annual general meeting) and the end of season dinner.

So what exactly happens at an AGM:

Well I wasn’t really sure what to expect on the night itself, but the main purpose of the meeting is to elect the new committee for next year. Having enjoyed my time as a member of Imperial College Netball Club so much this year, I was keen to be on the committee next year and so I applied for the position of captain of my team. However there were so many other positions to apply for including, club captain, treasurer, secretary and social, fixtures and tour secs.

The key steps to getting elected are:

Fortunately this year, barely any of the positions were contested, (and no one was RoNed), so there was all around celebrating at the union afterwards and although the end of season is now right around the corner, I can’t wait to get more involved with netball next year.

The End of Season Dinner:

The club spirit continued off the court at the annual end of season dinner. This was a truly special occasion where everyone was almost unrecognisable, swapping leggings and trainers for dresses and heels. It was a chance to relive some of the wins and highs of the season, including the 2s winning with LUSL plate, as well as the memories of the sports nights and tour that didn’t quite go to plan. Each team enjoyed recognising players for their efforts and thanking the captains and the committee for all their hard work in making this such an amazing season. 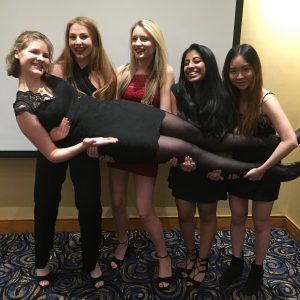 There is just one big netball event left and *AT LAST*, the postponed Netball Varsity against the medics is back and rescheduled. This Sunday will see the 2nd-5th teams in action, while the 1s will be headlining in Ethos at 4pm on Wednesday. Do come along to Ethos to see the 1s take to the court and check out @imperialcollege on Instagram, and imperial college on snapchat, tomorrow afternoon to get courtside updates from me about the teams competing tomorrow! See you then!!