To mark the annual Women@Imperial Week our student reporter Dora Olah interviewed three undergraduates from the Department of Chemical Engineering about their experience at Imperial. 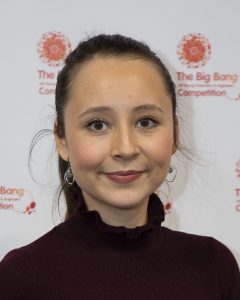 I’ve always enjoyed Chemistry, Physics and Maths; Chemical Engineering was the one course that would combine all my interests into one. The course also has the perfect balance between creativity with academic rigour. Out of all the universities, Imperial stood out to me as the course that prepares you for both work in industry and research.

Which module is your favourite so far and why? Which modules and projects are you looking forward to?

So far, I’ve really enjoyed Process Analysis, where I’ve learnt a new systematic approach to problem solving. I’m really looking forward to the Design Projects in the years to come, as this year I enjoyed working as a team to complete and develop a project – it was also the first insight into what work we may have to do as chemical engineers in the future. I look forward to receiving lectures in the later years from Dr Camille Petit. I have been really interested in her work with nanomaterials and other multifunctional materials, specifically how they can be used to tackle some of our biggest separation challenges and improve current separation processes.

You have been involved with the Department even prior to starting your studies here – can you tell us a bit about that?

In Summer 2017 I was given the amazing opportunity to complete a research placement in Professor Ladewig’s research group in the Department of Chemical Engineering. It was supported by the Nuffield Foundation – a charity which provides funding for young students who are looking to explore STEM fields. I worked alongside a PhD student, Ben Slater, for 5 weeks; completing research on Metal Organic Frameworks (MOFs) and how to optimise their use for enantiomeric separations. Independently synthesising MOFs and conducting experiments alongside passionate PhD students gave me a positive perspective on a career in research, and the opportunity to discuss ongoing projects and see first-hand the collaborations and problem-solving was also extremely gratifying.

Before starting at Imperial, you’ve had a busy summer, having won the international competition CASTIC (China Adolescent Science and Innovation contest) in China. What did you win this for?

I was fortunate enough to be given the amazing opportunity to present my research project that I completed at Imperial at CASTIC. The project was titled “Chiral separations of racemic mixtures using liquid phase techniques with homochiral metal organic frameworks”. I also represented the UK at EUCYS (European Union Competition for Young Scientists). Both were such great experiences to meet so many other young people around the world who were passionate about STEM.

You have also been advocating for women in STEM, can you tell us about the impact you have had?

In November I went to Parliament for Tomorrow’s Engineers Week to talk about women in STEM and the opportunities available to young people in general looking to pursue a STEM career. It was an amazing and rewarding opportunity where I got to speak to numerous MPs about the importance and the impact more opportunities in STEM could have on young people. Most recently, I was able to encourage young girls to pursue an education in STEM as part of the Women in Science Day on CBBC Newsround. This was a very exciting experience where I was given the opportunity to show three primary school girls the Carbon Capture Pilot Plant at the Department and talk to them about the relevance and importance of having women in STEM fields.

What are your plans for the future?

Currently my options are very open, I’d like to explore all corners of chemical engineering to get a good understanding of what I would enjoy most. Having previously completed a work experience placement at GSK, I was able to see all the steps of how a drug is brought to market; from working in labs, to offices, to how clinical trials are completed at hospitals. I plan on gaining more experience in other STEM industries to broaden my exposure to other chemical engineering fields. I will be going to Grenoble (France) in June to complete a work shadowing experience at the European Synchrotron Radiation Facility, where I’ll be given an insight into how nanotechnology is currently being used at the forefront of leading scientific research.

What has been your favourite module during your studies?

My favourite module has been the Rig Building project in first year. I really enjoyed working together as a team and thinking creatively to solve the exercise.

What experiences and extra-curricular activities have you participated in throughout your degree?

I did a UROP (Undergraduate Research Opportunities Programme) during last summer – it was a data analysis project as part of the Imperial – Sainsbury’s Partnership, supervised by Professor Nilay Shah. I am also a member of the ChemEngSoc [the Chemical Engineering Society at Imperial] – in first year, I was part of the sub-committee of Industrial Relations and Sponsorship Team, and this year I am the Industrial Relations Officer. In this role, I managed to bring in three new sponsors, and introduced new events this year, such as mock interviews and case study workshops to help students be better prepared for internship applications.

I am also on the Women’s 1st Team in Squash and hold the Secretary role; I am the Head of Relations in the Women in Business society; I am the Vice President in the Raincatcher Charity Society and was one of the main organisers for Imperial College London’s First Social Enterprise Hackathon which happened last week. I also have other roles in a few other societies…

Where do you see yourself in 10 years?

Planning a career path for 10 years is too difficult, there is so much uncertainty. I am looking to be involved in impact investing and social enterprise – doings things that have a positive effect on the people around me and the society in general. 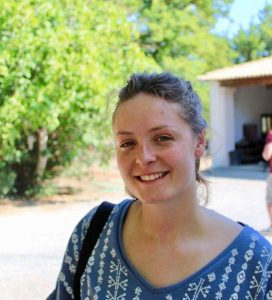 I wanted to study Chemical Engineering because I wanted to continue with a little bit of maths, physics and chemistry, and wasn’t ready to focus on one in particular. A Chemical Engineering degree meant that I could pursue a career in many different industries, and I didn’t have to decide yet. I chose Imperial because of its reputation! I couldn’t believe it when I was offered a place and there was no way I was going to turn such a prestigious offer down. When I visited the department for my interview, everybody was so friendly, and it felt like a place I could see myself spending a lot of time at during my degree. I didn’t realise just how much time… but that’s another story!

What has been your favourite module during your studies?

I’d have to say the Techno-Economic Project I have recently completed in third year. Our group of 9 studied the decarbonisation of London transport and looked at possible technologies and regulations that could be put in place to decarbonise the passenger transport systems. The scope of the project is so broad, and each group can choose a different topic, and the exact project hasn’t been done before, so the creative freedom made the project extra fun!

The Mechanical Design project was also very insightful, because I don’t think I ever realised the level of detail that goes into designing a tank! The number of considerations that go into sizing just a tiny bolt definitely shocked me.

What experiences and extra-curricular activities have you participated in throughout your studies?

I completed a UROP in my first summer at Imperial with Professor Sergei Kazarian. My research involved studying the dissolution of polymers using spectroscopy. It also had an industrial link with Procter & Gamble (P&G) which was really exciting, especially because I had worked at P&G for a year before coming to Imperial. It was very insightful to see things from an academic viewpoint as well.

I am also the Secretary of ChemEngSoc this year and have thoroughly enjoyed my experience so far – in addition to my regular secretarial tasks, I have hosted two Cheese & Wine events within the Department.

Have you thought about the career path you want to follow after university?

This summer, I will be completing a summer internship with Oliver Wyman, a management consultancy firm. I am super excited for my first real exposure to the world of consulting! I am hoping to pursue a career in management consultancy, but I think I will know more about my career prospects once I have completed my internship. I’d like to stay in London because it is such an exciting city!

Keep out an eye out for the second part of our Celebrating Women at Imperial feature which will be published tomorrow.