Let the action come to you…

A student at RAG week bungee jumps at the South Kensington Campus next to the Queen’s Tower while serenely smiling at the camera. This is not a doctored image, she is actually flying toward the earth. 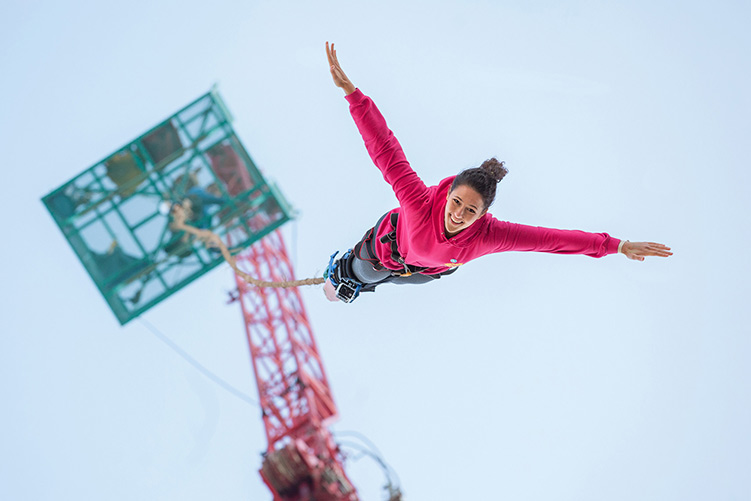 We wanted some images for a story around the RAG week activities, so I went down to ask people in the queue for the bungee jump if they would mind me shooting them on the way down. I prompted them with a few things that might make the image more interesting and told them where to look. I also borrowed the RAG-branded sweater off one of the other volunteers to brand the image. Then I lay down under the path of the bungee with a 70-200mm zoom, focus tracking like a madman, while waiting for someone to deliver a great expression.

The shot was framed with the intention of being used on the College website homepage, where it could be cropped to a super wide image with the action to one side.

The juxtaposition of the calm relaxed expression and the remarkable activity make this image (it’s not unlike being at Imperial). I’d like to see the video of this from the other side as I can see a Go-Pro camera attached to the student’s leg in the image.

Here’s the view from the top… 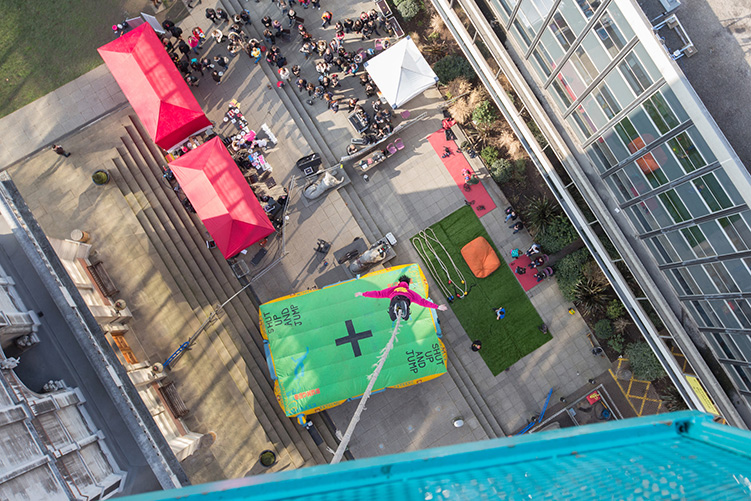 The image featured in the Postgraduate Prospectus. 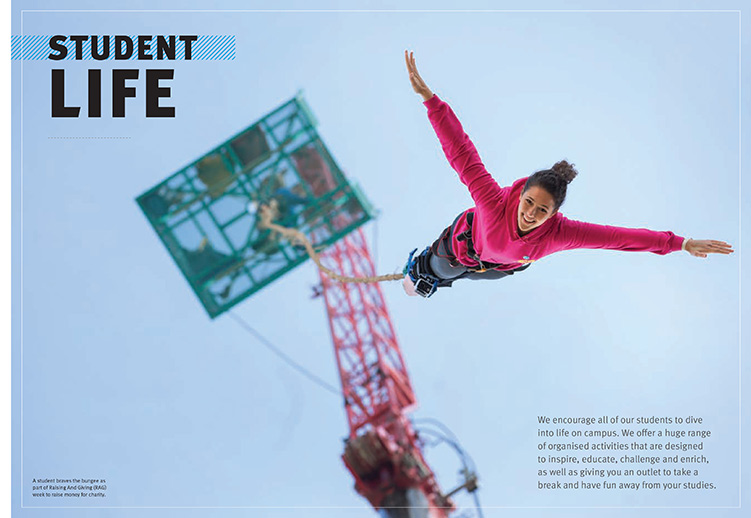 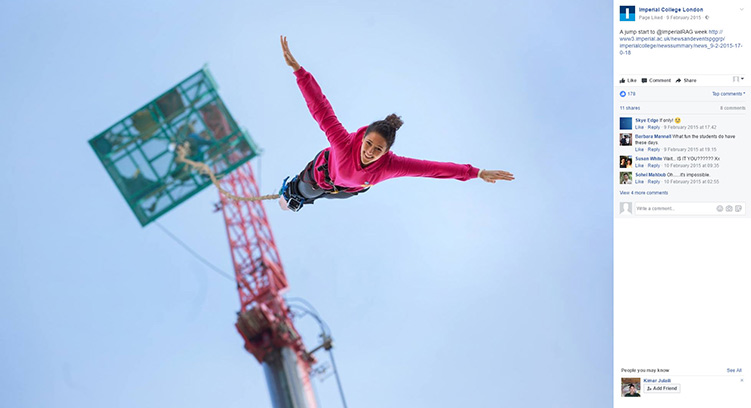 Here is how the image fitted on the homepage for it’s original intended use. 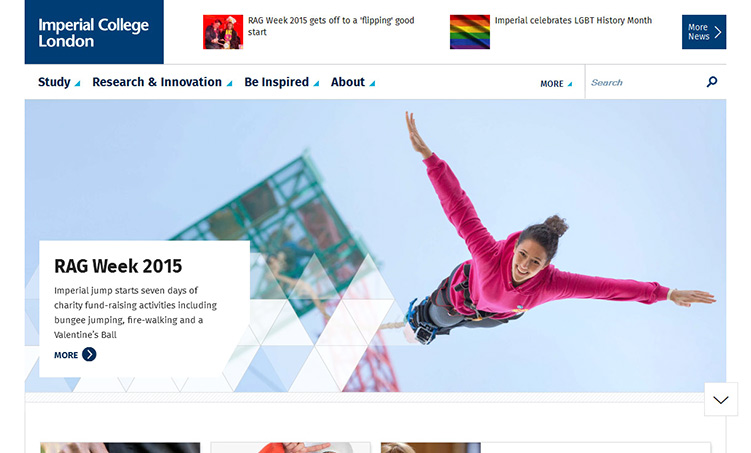