President of Imperial, Professor Alice P. Gast, shakes the hand of a graduating student on the stage at the Royal Albert Hall, while a spectator in a headscarf watches on from the left of the picture. 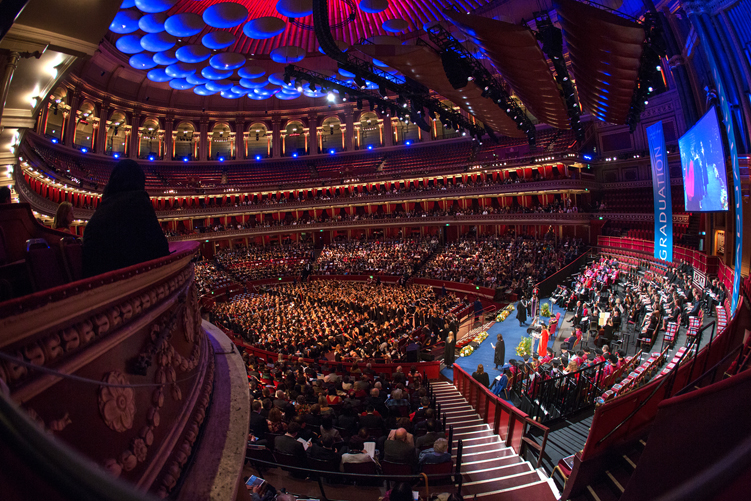 It’s quite challenging to come up with new angles on this very well covered event so a fisheye lens has been used here to force an impossible perspective, which brings all the elements – including the spectator in the box, the grand hall and the stage – together.
The distortion also creates some wonderfully organic flowing ‘leading lines’ in the image, making it very easy for the viewer to be guided as intended.