“Can we have an image of the Klug Lab’s lasers?” 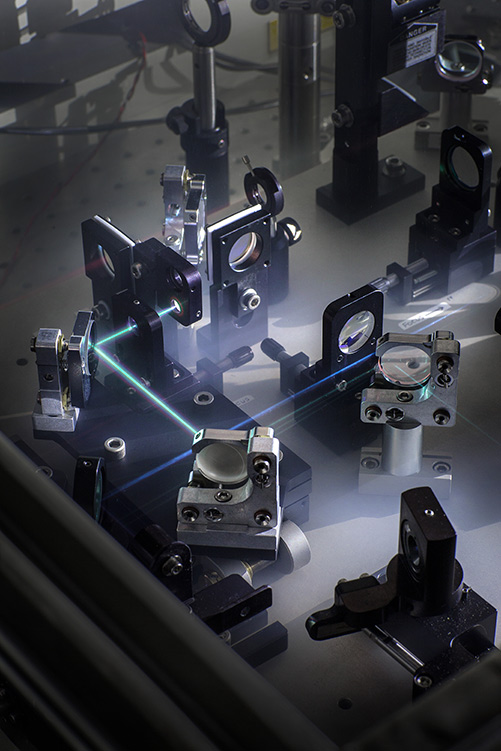 The path of a laser is only visible to the naked eye and on camera as a dot on the surface where the laser strikes, unless of course it illuminates particles in smoke or steam on its way, as you may see in a night club or at a music festival.

However, I didn’t really want this image to look like the inside of a night club or eighties album cover and I didn’t want to see the ‘smoke’ in the image. To get the picture, first we tried dry ice, but it simply didn’t create enough ‘smoke’ to light all of the lasers at once. Then, we moved on to liquid nitrogen. This did the job, but we still had trouble capturing all of the lasers in one go.

For this shot, I used a 30 second exposure to give us enough time to pour liquid nitrogen around the lasers to illuminate the beam. This was also long enough for the ‘mist’ to blur away so it wouldn’t be visible as splashes and ‘smoke’, but instead become an ethereal glow.

To illuminate the shot but without overexposing it, I used the light from my iPhone, which was propped up against the rear corner of the cabinet. It created a nice light that cut across the shot and gave sharp angles to the lenses. An alternative to this would have been to use a neutral density filter to achieve the longer exposure time with a stronger lamp, but I was happy with this solution. 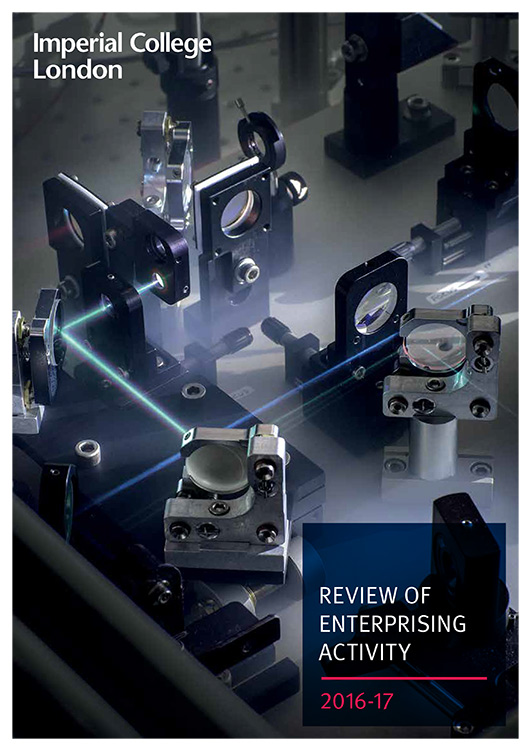 How the image was finally used for the report.

Watch a short video exploring shooting at night and in low light on Lynda.com (College users have free access to Lynda courses)