Making the most of the light. 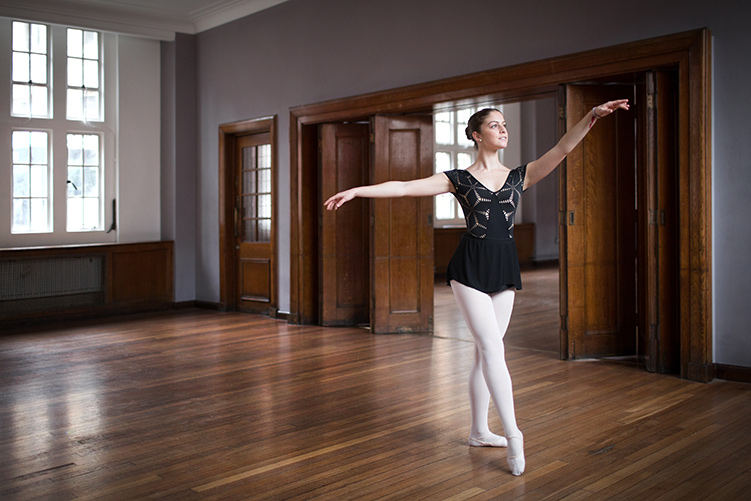 It was quite dark in the room, despite the activity space being one of the rare dual aspect rooms at Imperial. To compensate for this and to make the image brighter than the gloomy room was in reality, I used a very wide aperture on a prime lens, along with a high ISO. This allows in much more light, but at the cost of a very shallow depth of field and a tiny bit of grain in the image.

Despite it being quite dark, I turned the lights off to balance for the one colour of the ambient light through the windows. If I had left on the room’s fluorescent lights, the mood would have been ruined by an orange colour cast on Carmen’s skin, which would make the image look ‘muddy’. The room’s wooden floor also bounced back orange light, so we had enough orange already.

The lens I used here, a 1.4 35mm prime, has a very milky vignetted feel wide open. I chose it as it created the dreamy look that I wanted and had the width to show the environment and the window. A wider lens also gives you a slightly greater depth of field at a wide aperture, which I wanted here for context and to keep the texture of the beautiful floor.

Despite the low light, this is a hand held shot as Carmen is moving around and I wanted to move with her. I allowed enough shutter speed for the movement, probably slightly more than I needed at 200th of a second (for most people a 35mm can be handheld down to around a 60th of a second or lower without blur if subject and camera are still).

As well as appearing in the College’s Annual Fundraising Report, this image of Carmen also featured in the Imperial Heroes social media campaign and exhibition, and her image will be exhibited again at next year’s Imperial Festival. 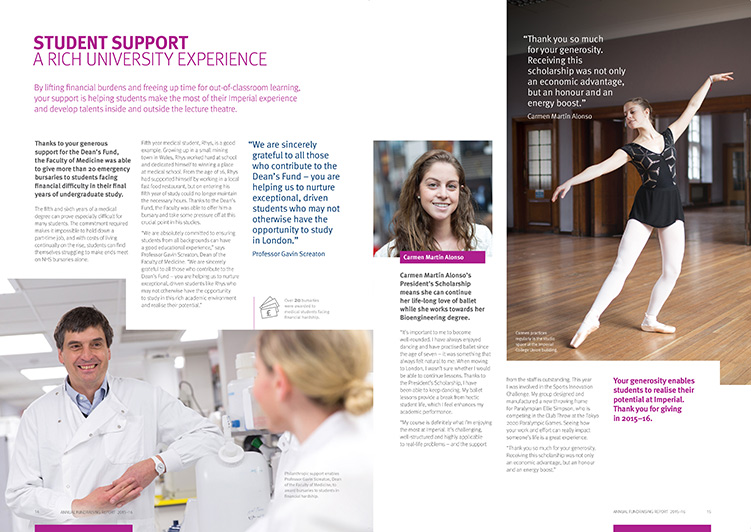 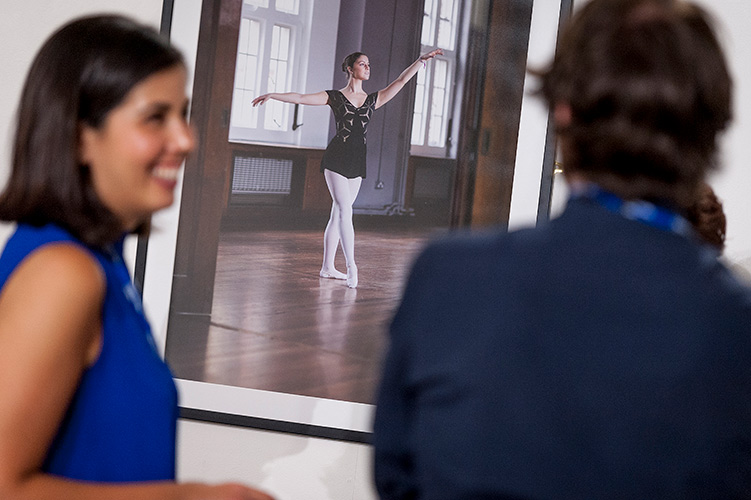