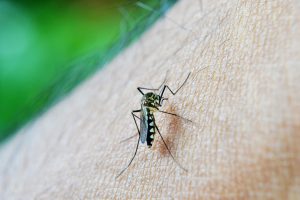 Ronald Ross, a British medical doctor of the late-19th and early 20th centuries, was first to identify the mosquito as the winged-insect carrier of malaria-causing parasites. Prior to this breakthrough, bad air (mal aria in Italian) was thought to have been the culprit. Together, Ross and Giovanni Grassi (who’s work, unlike Ross’, was controversially ignored by the Nobel Committee in 1902) uncovered a truth of huge ecological and epidemiological significance and sparked an ongoing international research effort aimed at answering fundamental questions about the processes that drive patterns of human morbidity and mortality caused by diseases carried by mosquitoes.

Historical records show that between the 15th and 19th centuries, malaria, or ague as it was known locally, was a common cause of morbidity and mortality in Britain (Kuhn et al. 2003). It is thought that Plasmodium vivax was the type that was virulent during this period, and not the potentially fatal Plasmodium falciparum, which still causes around 0.5 million deaths globally per year (WHO, 2018).

Malaria’s disappearance in the UK (there have only been imported cases since 1953) stemmed from the conversion of marshlands to accommodate the growth of animal farming (Kuhn et al., 2003). It is likely that this land use change reduced the availability of the mosquito vector’s (a species known as Anopheles atroparvus) preferred breeding grounds and increased the ubiquity of its primary blood meal source (i.e. cows, horses and pigs) (MacArthur, 1951).

This historical example illustrates how landscape modifications can affect the mechanisms that govern mosquito-borne disease systems. In the UK’s case, they can be considered to have led to a significant public health burden being lifted. However, there is a growing body of scientific research that links land use change to the increased prevalence of other diseases vectored by mosquitoes.

As ectothermic organisms, mosquitoes are highly sensitive to temperature. Therefore, it is perceivable that any change to an environment that alters its thermal characteristics, may affect mosquitoes by creating or removing spaces that are suitable for them to live and prosper within. Rapid and unstructured urbanisation, industrial development, and habitat loss and fragmentation via deforestation for agricultural expansion and intensification, are thought to be contributing to global, regional and local mosquito-borne disease patterns. Dengue infection numbers have soared (the WHO (2017) estimates half of the world’s population is now at risk), Zika virus (ZIKV), a disease once restricted to its native environment in Uganda, has now spread throughout the Americas, and yellow fever has re-emerged in Brazil when it was once thought to have been eliminated for good.

This raises key global public health concerns. For instance, if, with land use changes, global climate change increases temperatures over the threshold 2 degrees celsius, will the UK and other temperate countries become more ecologically suitable for disease carrying mosquitoes to inhabit or re-inhabit? Will regions where mosquito diseases are endemic (e.g. South and South-East Asia) become too hot, and contribute to a future decline from the currently-observed high infection rates?

As a PhD student, I work with other disease ecologists in Dr. Kris Murray’s laboratory (Department of Infectious Disease Epidemiology at St. Mary’s hospital campus), and with scientists (Drs. Lauren Cator and Samraat Pawar) in the School of Life Sciences (South Kensington and Silwood Park campuses) to carry-out research that seeks to contribute to answering such important global health questions.