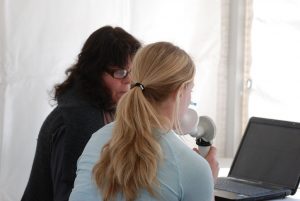 Researchers have uncovered a new drug candidate that could relieve millions of people who are under-served by current asthma treatments.

Asthma is a relatively common disease that hinders the respiration of over 300 million individuals globally, leading to episodes of wheezing, chest tightness and other severe problems.

Indeed inhalers and other medications exist to manage the disease. However, many of these manufactured treatments have critical side effects and fail to provide relief for around one-third of asthma suffers. Bronchodilator inhalers are used by the majority of asthma suffers and although effective in treating respiratory conditions there are still some gaps in understanding on how and why these inhalers work.

According to recent reports US prices for biologics that combat asthma are to be reviewed this year.

After examining over 6,000 compounds, researchers from Rutgers New Jersey Medical School and Shanghai University in China have identified a new drug that relaxes the muscles and opens airways in egg and dust mite induced asthma sufferers.

Luis Ulloa, a lead author and immunologist at Rutgers New Jersey Medical School notes that the treatment could provide hope for asthma suffers without many options currently.

The study discovered that asthmatic lung tissue had lower levels of the protein metallothionein-2 (MT2). In fact, mice without this protein were twice as vulnerable to asthma. Treatment with MT2 improved breathing troubles.

The next stage for the candidate, which is not toxic to human cells and more successful in reducing pulmonary resistance than other FDA approved medications according to the medical school, is for it to enter clinical trials.

Luis Ulloa said: “We found that the TSG12 used in the study is both non-toxic and more effective in reducing pulmonary resistance and could be a promising therapeutic approach for treating asthma without losing their effectiveness overtime.”

Read more: Artificial Intelligence and The Future of Drug Discovery

With advancements in the biomedical device technology industry, more efficient delivery systems capable of delivering finer particles into the lungs have started to show on the market and in hospitals. There is a wide variety of device and formulation combinations that can be utilized to target specific cells or regions of the lung, and understanding this dynamic can be crucial for developing an efficient delivery system.

In a Pharma IQ interview Hugh Smyth, PhD, Associate Professor of Pharmaceutics at the University of Texas, Austin noted in line with the three inhaler device classes (The metered dose inhaler, the portable nebulizer type inhalers, and the dry powder inhalers) considerable efforts and advancements are being made in technology performance.

For metered dose inhalers for example, efforts to develop excipients acceptable for use in inhalation are being performed. In addition, formulation of larger molecules like proteins, peptides, and nanoparticles are being actively researched.

In liquid based aerosols the advancements are in the control of aerosol delivery and integration of flow profile feedback into the device sensors. These type of higher level device control allow optimized inhalation coordination, more efficient lung delivery, and even potential for data capture/recording. Advancements in portability and costs of devices are likely to occur also.

For dry powder inhalers the major advances being made here are the improvement in lung delivery efficiency, now reaching up to 80% fine particle fraction. In addition, the dependency on inhalation efforts is being removed from device performance, opening up these devices to young children and patients with severe lung disease without loss of performance.

The potential in technological and medical advancements such as these provide underserved asthma sufferers with hope of a better future.