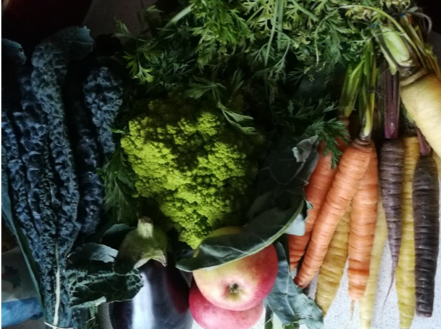 As the month of October approaches for 2018, we’re reminded by Heart UK to bring awareness to the risks of having high cholesterol levels.

It’s no secret that one in every four Brits is obese, an unfortunate truth that health professionals have attributed to poor diet and lack of exercise. Population-wide statistics for cholesterol levels are much more problematic to obtain, but what we do know is that these obesogenic behaviours are commonly linked to type 2 diabetes, high cholesterol, and other cardiovascular disease risk factors known collectively as the ‘metabolic syndrome’. The bad news is that this syndrome can lead to serious health events such as heart attack or stroke, but the good news is that it’s mostly preventable and treatable.

Friend or and foe

Contrary to common belief, the cholesterol we eat is not the sole influence on our total cholesterol levels. Adaptable factors include weight, physical activity levels, and smoking, and those outside of our control are genetics, age, and gender.

For an estimated 1 in 125 people in the UK, genes play a significant role in the regulation of cholesterol levels. The culprit is Familial Hypercholesterolemia (FH), a genetic disorder which predisposes 0.8% of our people to a much higher cardiovascular disease (CVD) risk than the general population. FH is an inherited condition which affects the body’s inherent ability to monitor total cholesterol levels and dispose of any surplus. While this is not preventable as such, it can still be carefully monitored and controlled so as to prevent occurrence of serious health events.

Having said that, cholesterol is essential in the human body, and we need it to function normally. It serves as a structural component of cellular membranes, is vital for the production of vitamin D, and is also a precursor to bile acids, oxysterols, and steroid hormones.

Did someone ask for science?

You may be wondering how an essential component of our cell structure is associated with such poor health outcomes. The long and the short of it is, high levels of ‘bad cholesterol’ Low Density Lipoprotein (LDL) in the blood have been shown to form atherosclerotic plaques, which ultimately form a bottleneck which restricts blood flow through arteries and increase risk of heart attack or stroke. On the flip side studies have shown that high levels of ‘good cholesterol’ High Density Lipoprotein (HDL) in the blood are protective against such events, as they work around the clock vacuuming up particles of LDL and transporting them to the liver for repackaging into higher density molecules. HDL cholesterol is sought from dietary unsaturated fats, while LDL levels should increase with consumption of saturated fats (though this is still a hot topic of debate and something we are bound to hear more on very soon).

So…what can I do about this?

An undebatable fact is that October is the best month of 2018 to take action, and below are three simple habits to work into your routine which are key to maintaining healthy cholesterol levels.

These lifestyle adaptations are simple and natural, so if you’re feeling proactive this October, make a few changes and see how it makes you feel. If you’re curious, make an appointment for a blood test now, and again in several months’ time to determine whether your blood lipids have changed.

Here’s to a happy, heart-healthy October!