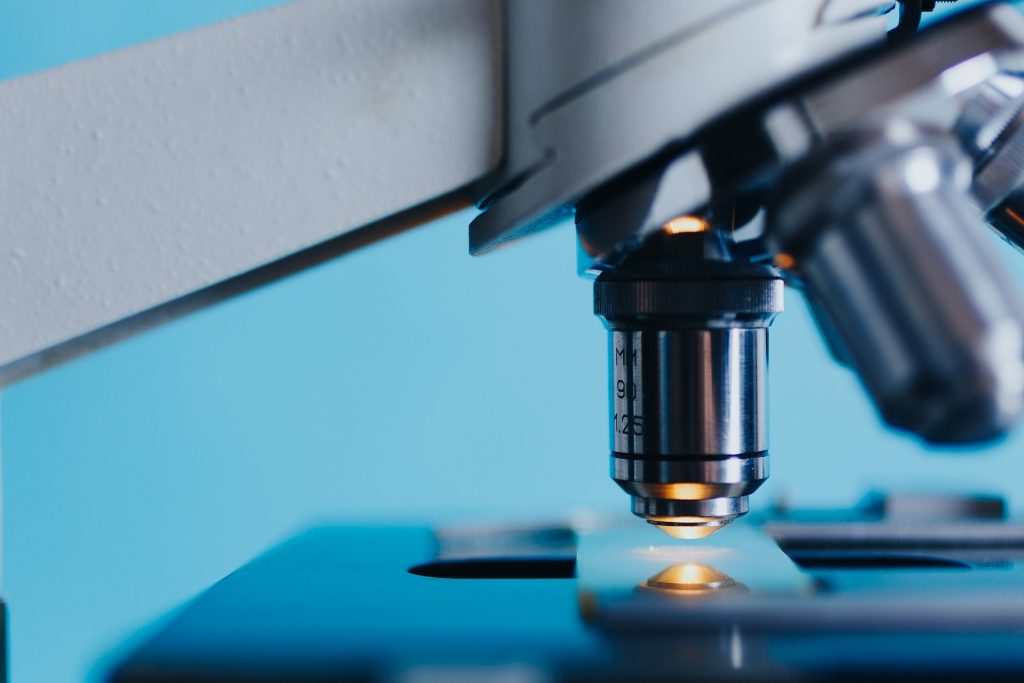 By Dr Alex Thompson, Lecturer in sensing in cancer

World Cancer Day provides an opportunity both to celebrate the huge progress that has been made in the fight against cancer and to remember the challenges that lie ahead. While cancer survival has doubled in the UK over the last 40 years, the disease still causes more than one out of every four UK deaths.

Addressing this issue will require the development of not only new and improved treatments, but also new technologies that can provide earlier disease detection and better monitoring of the effectiveness of cancer therapies. Such technologies will act to increase the chances of successful treatment in those diagnosed with cancer.

Both within Imperial College London and elsewhere, researchers are developing new tools that use light to perform these tasks. By investigating how light interacts with human tissue, we can learn about the characteristics of the tissue. In turn, this can allow earlier identification of cancer and more accurate monitoring of how patients are responding to therapy.

When light hits tissue, a number of interactions can occur. By detecting the returning light’s properties – like brightness, colour, or time taken to return from the tissue – we can learn about the properties of the cells and molecules that it has interacted with.

A major property of interest in the case of cancer is structure. It is well known that the shape and arrangement (morphology) of cells and tissues changes in cancer. Optical (light-based) imaging can be used to visualise individual cells and, hence, offers the opportunity to contrast healthy and cancerous tissue in a similar way to pathology. Devices known as endomicroscopes – small microscopes that can be inserted into endoscopes – are being used increasingly in cancer diagnosis, particularly in gastro-intestinal cancers (those affecting the digestive system).

Fluorescent dyes (which absorb and re-emit light) are typically used to stain the tissue during this process. The endomicroscope then illuminates a region of interest with light of a specific colour and records an image of the fluorescence from the dye. This makes it possible to visualise the structure of cells within the tissue and to identify areas that appear cancerous, potentially precluding the need for painful physical biopsies.

These devices are available commercially but research to further improve this technique is still ongoing. For example, within the Institute of Global Health Innovation (IGHI), researchers are investigating high-speed imaging, which allows rapid visualisation of large areas of tissue. In addition, At Rice University in the US, the research group of Professor Rebecca Richards-Kortum has developed low-cost systems suitable for deployment in low-income countries that do not typically have access to these advanced diagnostic tools.

The importance of oxygen

The oxygen content of tissue is also of vital importance in cancer. It has been shown to change in cancerous tissue relative to healthy, and in solid tumours oxygen starvation (hypoxia) can indicate that a tumour is becoming resistant to radio- and chemotherapy.

By measuring the colour of light reflected from tissue, it is possible to calculate oxygen levels, as blood absorbs and reflects light differently depending on whether or not it is carrying oxygen. This technique is widely used clinically, for example in pulse and oxygen saturation monitors. Within the IGHI we are developing new devices that use this effect for early diagnosis of cancer and for continuous monitoring of a tumour’s response to therapy. Examples include robotic imaging systems that screen for pre-cancerous lesions in the colon, and sensors designed to monitor oxygenation during therapy to offer an early warning of resistance to treatment.

Beyond morphology and oxygenation, tissue type and metabolism have also been shown to be altered in tumours and, hence, can potentially be used as markers for early detection. Fluorescence signals from the tissue itself (known as autofluorescence) can be used to measure these parameters. Certain molecules within human tissue can absorb light and then re-emit it sometime later. Interestingly, the properties of this autofluorescence emission vary across different tissue types and in response to changes in metabolism.

Both the wavelength (colour) of the light and the fluorescence lifetime (the time between absorption and emission) have been shown to change in response to these factors. As such, detecting these variations can permit identification of tumours where, for example, more connective tissues like collagen have formed or where the rate of metabolism has increased (both of which are common in cancer). Researchers within the Physics Department at Imperial (Professor Paul French, Dr Chris Dunsby, Dr James McGinty) have developed a number of new devices for this purpose, designed to provide diagnosis both in the lab and in people.

Finally, when light scatters from or ‘bounces off’ tissue, energy can be transferred between the light and the scattering molecules, causing the molecules to vibrate. As a result, the colour of the light changes, meaning it’s possible to detect these molecule-specific effects. This process, known as Raman scattering, can be used to assess the molecular make-up of tissue and has been applied to cancer. Research using this technique has shown that changes in the molecular make-up can provide accurate and early identification of cancer.

Lighting up the future

In summary, a range of new optical technologies are under development – both within the IGHI and beyond – that provide opportunities for earlier detection and better monitoring of cancer. Importantly, both have the potential to generate improvements in treatment outcomes and, crucially, survival. The technologies highlighted here (which are by no means exhaustive) are wide-ranging and therefore offer opportunities to identify numerous features and hallmarks of cancer. A key goal of future research should be to maintain this diversity of approaches to ensure that we find the techniques that are best suited to different types of cancer, and therefore benefit the greatest number of people.

Dr Alex Thompson is a Lecturer at the Institute of Global Health Innovation’s Hamlyn Centre.