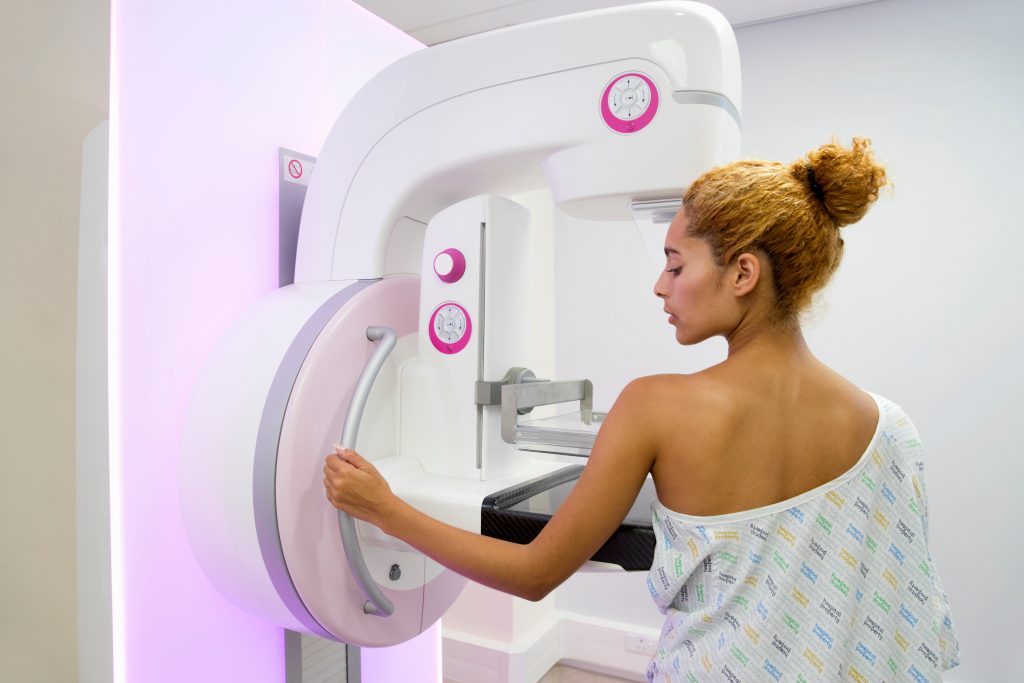 As one of the most common cancers, 1 out of every 7 women in the UK will face a breast cancer diagnosis in their lifetime.

Detecting breast cancer early boosts the likelihood of treatment being successful. It can reduce the need for women to have their breasts removed through a mastectomy or prevent them undergoing chemotherapy. Crucially, it gives individuals a good chance of recovery. The UK’s breast screening programme aims to do just this – detect the disease early, to improve the chances of survival.

As the likelihood of developing breast cancer increases with age, all women in the UK registered with a GP aged between 50 and 70 are invited for breast screening every three years. While women are encouraged to regularly check their breasts for lumps, thickened tissue and anything that doesn’t feel normal, breast screening can pick up changes that cannot be seen or felt.

Despite the important role that screening can play in breast cancer detection, many women miss their appointments and choose not to attend. To address this, IGHI clinical research fellow, Dr Amish Acharya is embarking on a new project in North-West London to understand how more women can be encouraged to attend. In particular, he is hoping to reach women who have never accessed the service before.

In 2016-17, 71.1% of women in England attended their breast screening appointment according to a study by NHS Digital. This figure may seem reasonably high, but rates of attendance vary across the country. The same study showed that London had the lowest uptake, with 64% of women attending their appointment. Compared to other regions in England, London has not met the acceptable NHS breast screening programme attendance standard of 70% for at least the last ten years.

Breast screening is a free service in England that can potentially save lives but considering whether to attend is not always a simple decision.

“There are a number of reasons or ‘barriers’ to attending breast cancer screening,” explains Acharya. “These range from a low perception of risk, previous negative experiences, to logistical issues including needing to take time off work to attend an appointment or time pressures.”

Research has shown that the barriers can vary across different ethnic groups. For example a recent study of British-Pakistani women highlighted the need for reading materials to be translated into native languages. For people who speak limited English, this can improve their access to information.

Other research conducted into the attendance of Black, African women showed that factors such as the fear of a fatal cancer diagnosis can prevent them from turning up to appointments. Compared to women from minority ethnic groups, white British women are more likely to attend their screening, suggesting action is needed to tackle the barriers that underserved communities face.

The NHS has been active in encouraging more women to attend their screening appointments by sending them text message reminders.

“Simple reminder messages have been shown to improve attendance by approximately 5%. These have been incorporated in a number of regions including London. But despite this, the rates in London are still below other parts of the country,” says Dr Acharya.

His proposed solution is to send women an animated video on their phones, which would offer information about the screening process. The aim is to help dispel myths and explain the importance of this appointment to women. He reasons that a video might be more persuasive than a text:

“Videos have many benefits over simple texts. They can involve much more information and incorporate complex behavioural change techniques compared to a simple SMS message. As more and more of us have smartphones, this is an important feature to make the most of.”

A useful benefit of video is that it can help tackle the concerns of specific groups.

“Videos can be used to acknowledge cultural values. For example, from our patient and public involvement work, one participant said that one reason she had not been to her screening was because she did not see people like her going,” says Dr Acharya.

Through Dr Acharya’s trial, he will also be able to learn if a video is the right medium for those who lack access to technology or have difficulty in using it.

Because COVID-19 has interrupted routine breast screening services, Dr Acharya says that it’s now more important than ever to ensure women are being checked for signs of cancer.

“Recent figures suggest almost 1 million women missed their breast screening appointments as a result of the impact of COVID-19. As we recover from the pandemic, it is, therefore, essential we increase screening uptake.”

Once normal services resume, Acharya will begin his trial to compare screening rates in women sent either an animated video or a sending text message. Women of screening age in North-West London will either receive the video or the SMS, which will allow Acharya and his colleagues to understand how effective these methods are in encouraging women to attend.

Public Health England has provided £100,000 towards the trial which is being hosted by the NHS

“We want to reach people who are often underserved by existing measures,” says Dr Acharya. Even small increases in uptake can have a profound impact and we hope this trial can make a real difference.”