Dr Demis Hassabis, Co-Founder and CEO of DeepMind, Speaks about AI in Healthcare 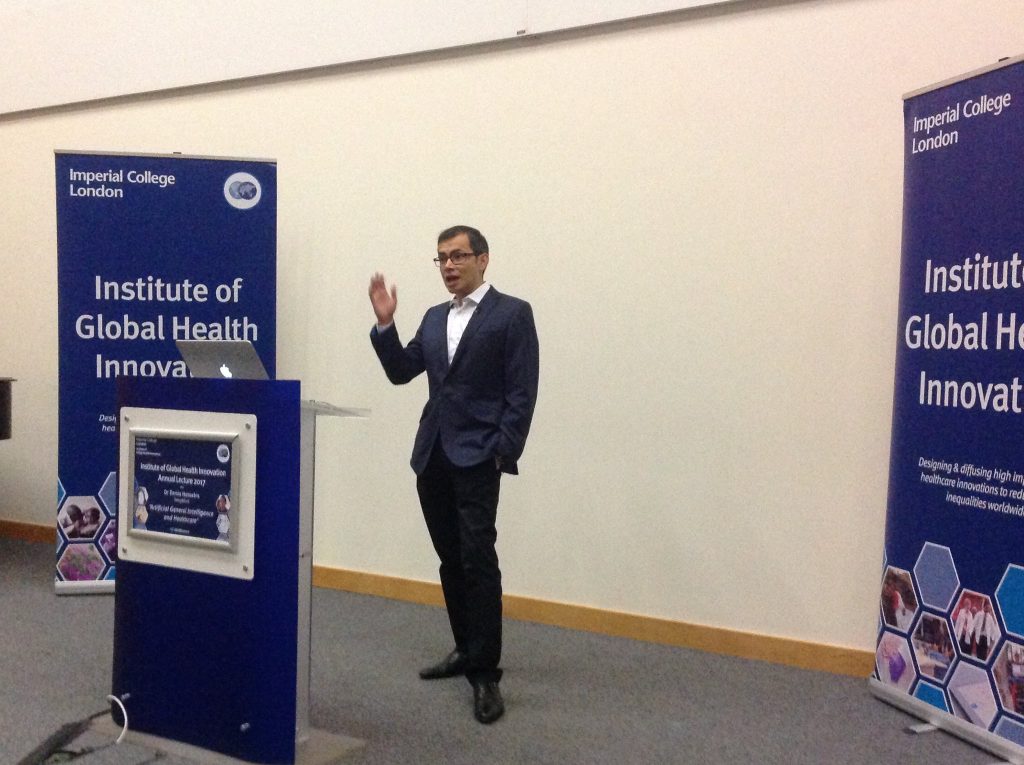 On 28 September 2017, I attended the Annual Institute of Global Health Innovation Lecture: Artificial General Intelligence and Healthcare, delivered by Dr Demis Hassabis, co-founder and CEO of Google DeepMind. Artificial intelligence is the science of making machines smart argued Dr Hassabis, so how can we make it improve the healthcare sector? Dr Hassabis then went on to describe the work that DeepMind was carrying out in healthcare in areas such as organising information, deep learning to support the reporting of medical images (such as scans and pathology slides), and biomedical science. Dr Hassabis also discussed the challenges of applying techniques such as reinforcement learning in healthcare. He concluded that artificial intelligence has great scope for improving healthcare; for example, by prioritising the tasks that clinicians had to carry out and by providing decision support aids for both patients and doctors.

Read Dr Demis Hassabis, Co-Founder and CEO of DeepMind, Speaks about AI in Healthcare in full