We started with a science entertainer doing fun experiments, like making dry ice bubbles, with the children to set the ball rolling. The children really enjoyed it – two told us they want to be scientists when they grow up!

After a tea party, Dr Amna Malik, a post-doctoral fellow at Dr Cooper’s lab, gave a presentation on what platelets are, how they work and what goes wrong in ITP. I then talked to attendees about ongoing research trials and asked the participants to fill in questionnaires about what they would like us to research in the future and anything they had noticed that makes their ITP better. We also obtained written feedback from patients and parents on the best and worst aspects of their disease.

Next, Dr Nichola Cooper, one of the non-malignant Haematology Consultants and an expert in ITP, answered some questions from participants. Then all the families got together and shared their experiences and offered support to each other. Meanwhile the younger children were occupied with a craft table with pens, paper and glittery stickers on it.

The event was very well received, with everyone reporting they had enjoyed it and found it informative. The families also enjoyed meeting each other as it made them feel less alone in dealing with a rare disease.

I hoped that this would be an opportunity to hear from the patients and parents in a non-clinical space, allowing them to tell us what concerns them most about their disease and what areas of research they would like us to focus on next. Their concerns were mostly fatigue, worrying about bleeding, and whether it affect them when they grow up.

I also got some specific feedback about aspects of a brain MRI study that I am setting up that were extremely valuable. Patients suggested watching a DVD during the MRI Scan to help them keep still for 50 minutes. I have now formed a trial steering group including two participants from the patient involvement event (the Paediatric ITP patient involvement group).

We invited all patients that attend the ITP clinic at St Mary’s hospital as well as their parents. I decided to invite all the patients in order to ensure that all young people who attended the clinic had a chance to attend, regardless of age groups and backgrounds. Some came from as far as Essex.

I had some informal PPI training as well as using the INVOLVE guidelines for patient involvement in research. 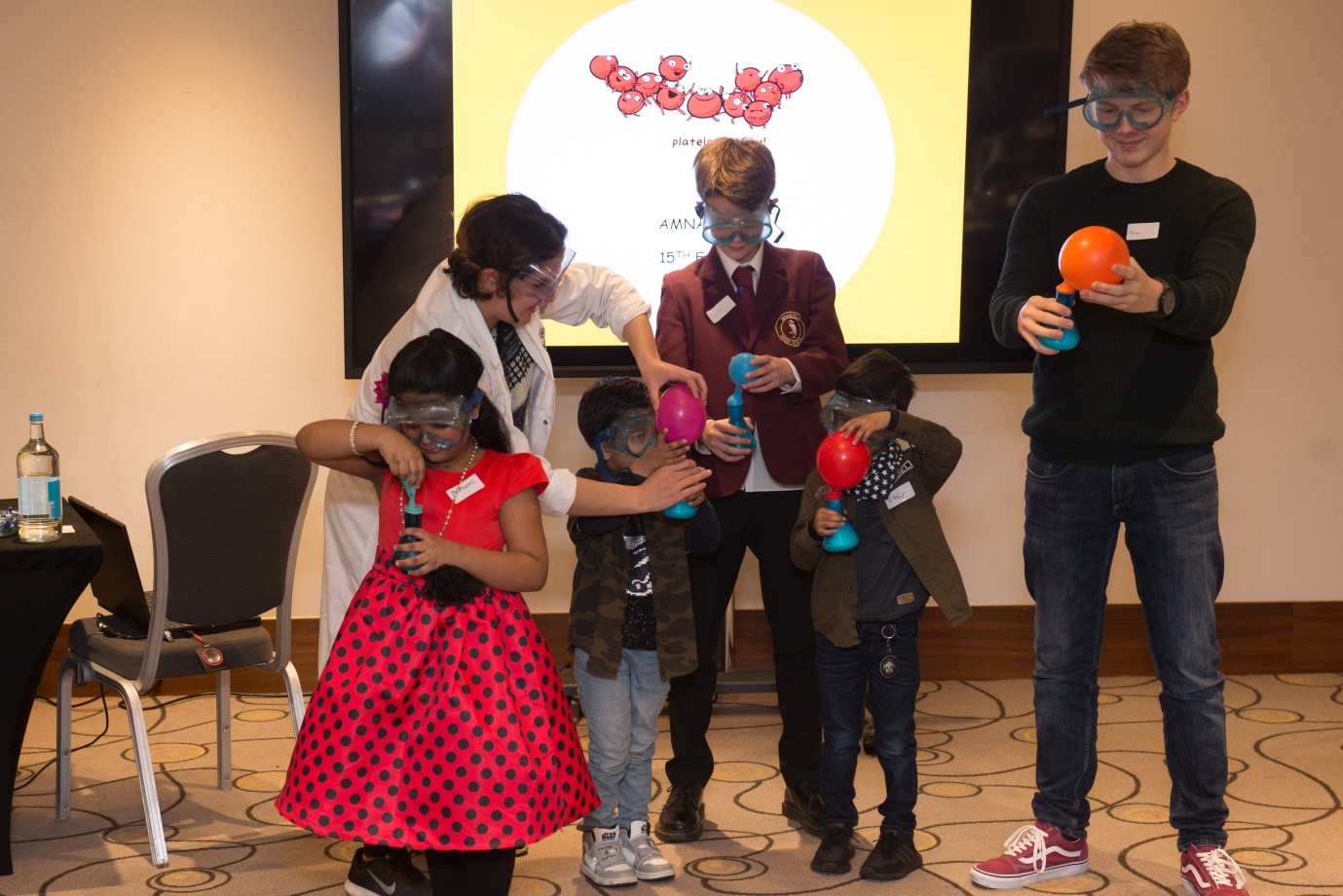 Absolutely! I have implemented that the children can watch a DVD during their MRI scan, as suggested by children at the event for my MRI study. Additionally, the children and parents really enjoyed meeting each other and hearing other people’s stories at a different timepoint on their disease journey. I have also included a greater focus on the impact of ITP on fatigue, as requested by patients at the event. Ensuring that PPI is embedded in my work has also been beneficial in applying for further funding for research including from the NIHR.

Some of the feedback from patients:

What was the most challenging part of doing Public Involvement and/or Engagement and how did you overcome it?

The hardest part was explaining to parents and patients why we wanted their input! They didn’t understand at first but after some explanation they got it. I also found logistical things hard, such as arranging a time that would suit children with school and parents with work and trying to organise an event that would suit 3-15 year olds and all ages in between.

If you can’t decide when to have the event or on logistical aspects, ask your patients/public what would suit them best….

I am planning a similar event every two years. I will establish my trial steering group and attend further formal training on patient involvement in research if I am successful in applying for a PhD fellowship.

One comment for “Case study #17: ITP – Immune Thrombocytopenia or Involve The Patient!”