VIP visits to the College are logistically huge. They involve large numbers of people as well as a good deal of planning, but are always over in a flash. 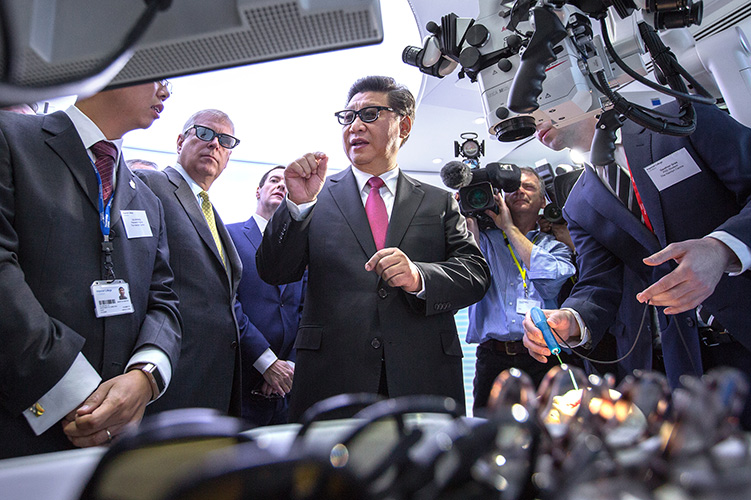 With all the commotion – people, cameras and security – it’s imperative to get into an advantageous position to get a strong shot off to record the visit. It’s preferable of course to get in front of the subject and not behind the pack, because you don’t want to get stuck spending those precious seconds looking at the back of the visitor’s head. Here President Xi Jinping visits the Hamlyn Centre.

Here, Prince Harry is visiting the The Royal British Legion Centre for Blast Injury Studies in the Bessemer Building on the South Kensington Campus. He’s sharing a joke with the Provost, Professor James Stirling (right), and Captain Dave Henson (Left). Captain Henson also featured in the Imperial Heroes project – you can view his picture from the project in a post about Imperial Heroes. 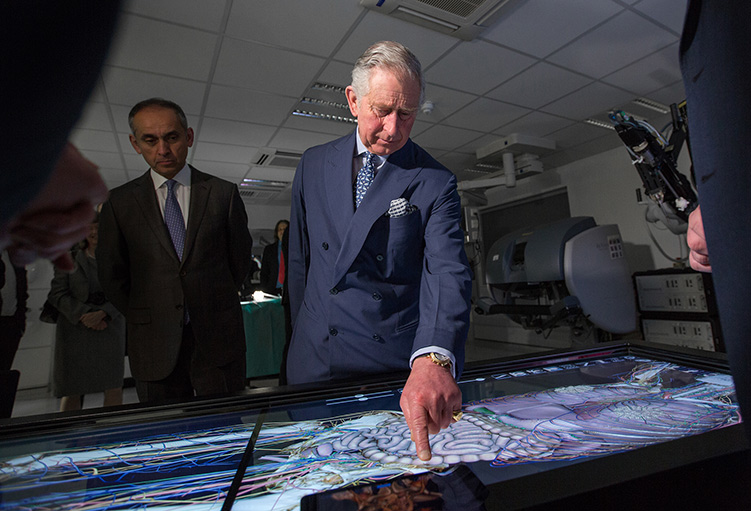 Prince Charles was extremely engaged with this virtual operating table and he seemed to enjoy the whole visit. 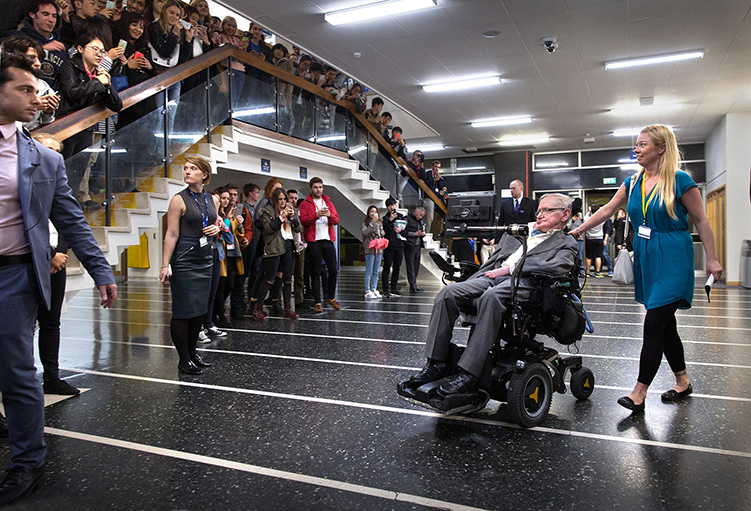 My favourite image from Professor Stephen Hawking’s talk at Imperial came after the event. As we left the Great Hall, it was clear that word had got around campus and a huge crowd of students were waiting for a glimpse of their hero. Stephen’s team were taking the lift down, which gave me the opportunity to sprint down the stairs ahead of them and fit a wide to catch him in the foreground, with all the excited onlookers on the stairs behind. 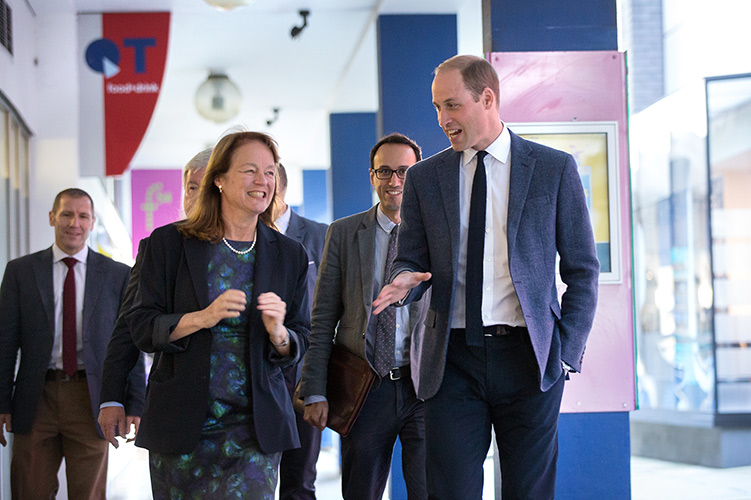 Professor Alice P. Gast and Prince William stroll along the walkway. Really, I shouldn’t have this image. There was an official photo call lower down on the ground floor, so I had a minute to get from there, up the stairs and along the walkway to where the Prince and Professor Gast were heading, while they passed up through the inside of the building in the lift. I thought it was worth a shot, so I got clearance with security while we were waiting for the photo call. I warned them that I would be sprinting through the security barriers and would be in front of the group as far back as I could with a zoom.

First, I practiced at a speed I felt I could achieve without tripping, and when the moment came it went perfectly. We got a much more relaxed and friendly moment than the official photo call, with a cheerful support team behind.

Learn more about how to get started in photography in this introductory course on Lynda.com. College users can access Lynda courses for free.