Shooting an object the size of a grain of rice, that only fluoresces by laser, inside a ring of sapphire, turns out to be tricky… 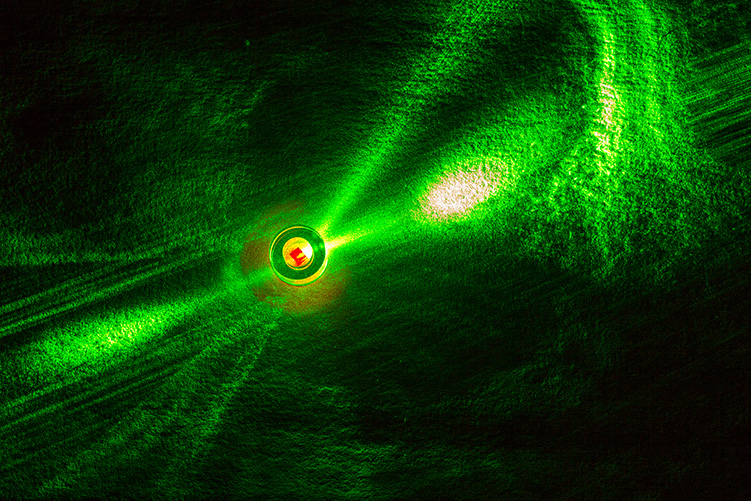 When the phone call came in to shoot an object for the front cover of Nature, I thought it would be easy. Objects tend not to put up much of a fight in photography. This one did. 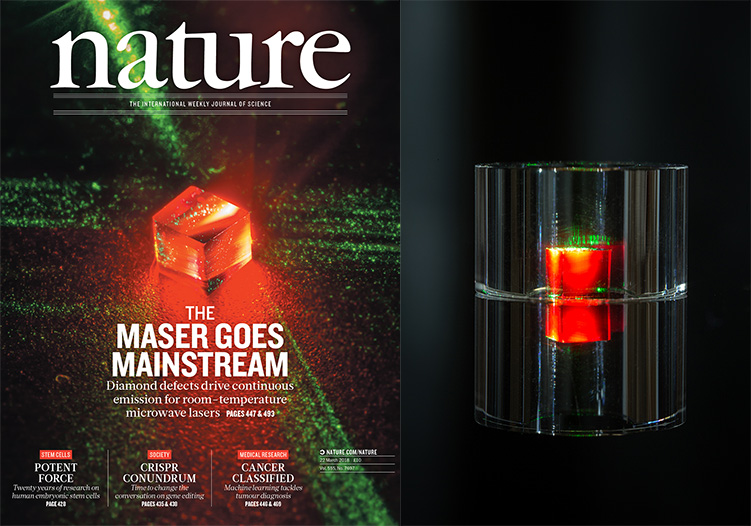 The main issue is something I have never encountered before called ‘laser speckle’ (read about laser speckle on Wikipedia). This is very apparent in the top image, and on the final cover. The sensor on the camera exaggerates this even further, and that combined with the tiny scale magnifying the effect, and needing to shoot through a translucent object, gave us a delicious challenge. The tiny scale also meant we had to borrow a stronger macro than we have in the office.

Here’s an image of Jonathon Breeze holding the small ‘laser despeckler’ device, which has an amazingly specific purpose: to reduce laser speckle when imaging. 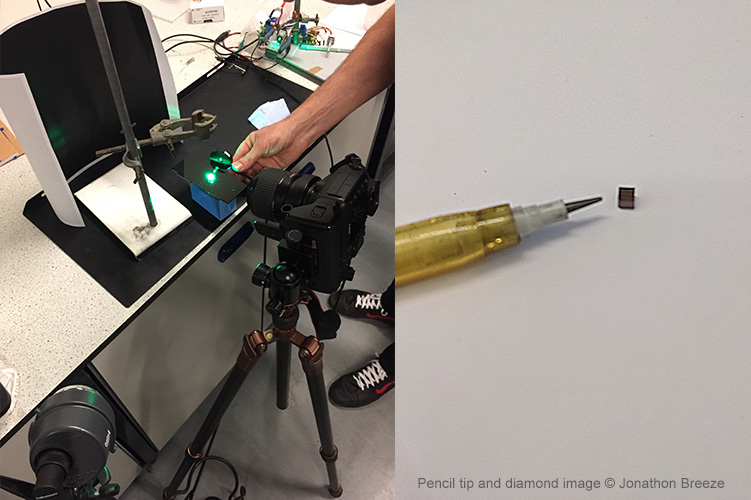 The tiny little diamond cube is inside the sapphire ring inside that little green glowing blob. We needed to make that into an aesthetically pleasing cover… and meet a deadline that evening.

Expected effect of the ‘despeckler’

This is problematic when you are trying to include the sapphire ring and the diamond, when only a part of one of those can be in focus, plus the laser is causing dotty chaos on the image. 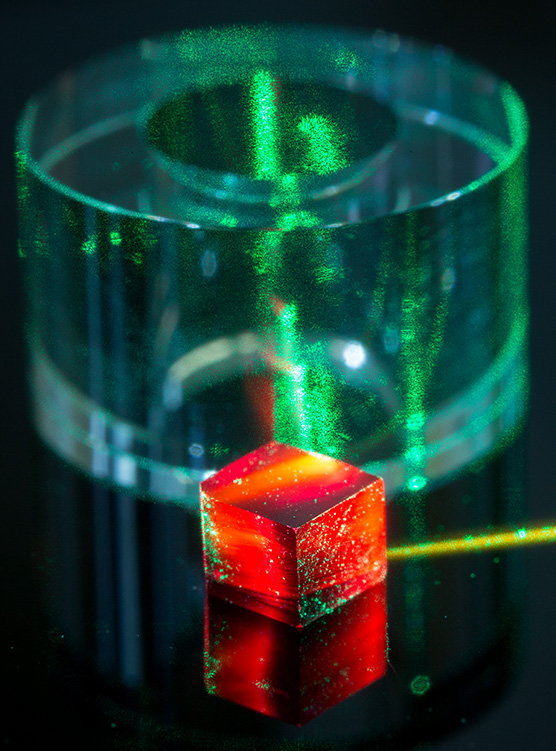 Laser speckle on the sapphire ring.

In the end it proved impossible for the laser to illuminate the diamond through the ring without the sapphire causing the light to scatter and speckle so badly that it couldn’t be corrected, and the ‘despeckler’ spread the beam in a way that just wasn’t working with our plan.

So I set up a separate lamp to illuminate the sapphire ring and reflect it onto the black perspex it was sat on, while we set up a rig to shoot the laser down the middle to fluoresce the diamond without its light being scattered by the ring. The small depth of field issue remained, but we were pleased with the largely scatter/grain free results.

The laser striking the diamond from above also gave a curious green fire visual effect off the top of the diamond. The black perspex reflects the ring nicely, and the glamorous black A3 printout makes a great backdrop catching the additional lamp just right to hover the whole scene in the air for copy space. 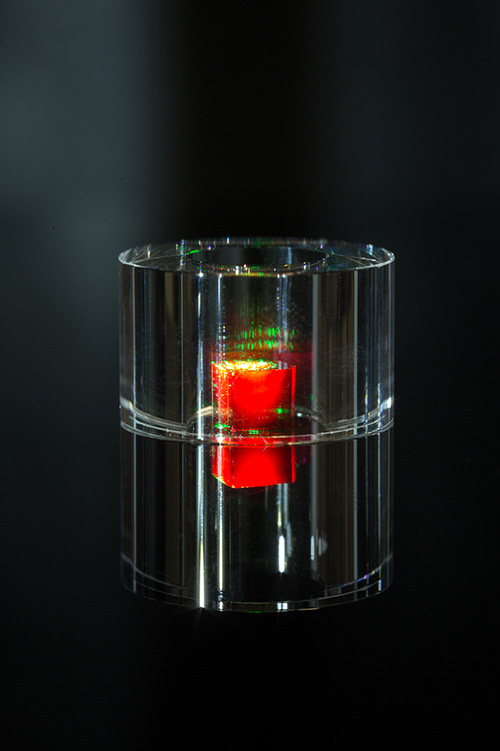 Nature ultimately opted for one of our other images with the diamond outside of the ring, which actually looks fantastic on the cover.

Would you like to read another post about shooting lasers… in a very different way?
Image of the week – Lasers and Liquid Nitrogen

Learn more about shooting close up with macro lenses.
Watch a video tutorial on Macro and close up photography (College users have free access to Lynda courses)