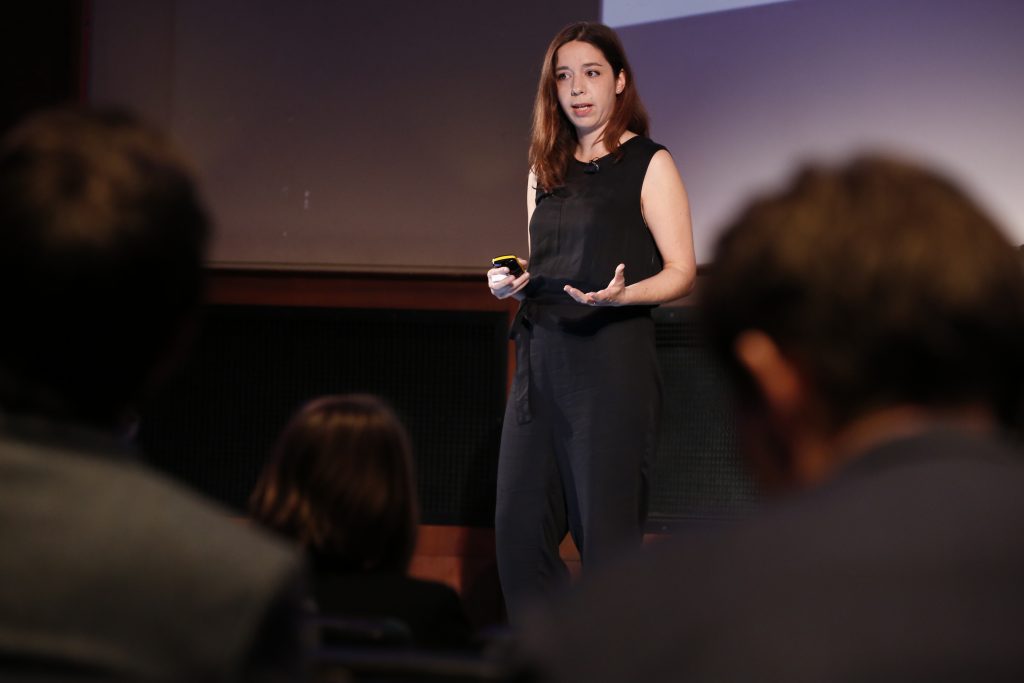 At momoby, we believe every woman should have access to prenatal care, regardless of where she lives. To tackle this challenge, we’re developing a low cost, pocket-sized device that tests for diseases that could harm pregnancy, using a single drop of blood.

Ultimately, we want to improve the health of mothers and babies in the developing world, where access to prenatal care can be limited. So how are we going to get there, and where did our journey begin?

How it all started

We launched momoby in 2017, when myself and Andrea, my co-founder, were still finishing our PhDs in Imperial’s Department of Surgery and Cancer. It all started as a small side project, totally unrelated to our PhDs. And when you’re about to write a thesis, growing a start-up may not look like the wisest decision.

But the concept of momoby perfectly aligned our common interests around novel uses of technology for good, and delivery of better, safer and more equitable maternal healthcare. It was just too tempting to let this budding idea go – in fact, letting it go was never a reasonable option for us.

Although we were genuinely passionate about the project, neither of us could have really anticipated the whirlwind of events that took place over the last 2 years.

We were lucky enough to win 2nd prize at WE Innovate Imperial in March 2017, which turned out to kick-start an incredible journey for momoby. Just eight months later, we were selected as one of the 500 most promising start-ups worldwide at the Hello Tomorrow Challenge 2017 in Paris. The following March, we won 1st prize at the Venture Catalyst Challenge 2018 in London, and 3rd prize at the IDea Incubator at IDWeek 2018 in October in San Francisco. All the while, momoby was being showcased in the blogs of UN Women and the World Economic Forum, and in JAMA news.

The importance of support and building confidence

All the support we received from the programmes above provided us with initial seed funding to get our idea off the ground, and with strategic skills to engage with technology partners and users. But, most importantly they gave us the confidence to promote the project, to share our passion about maternal health with other stakeholders, and a strong network to begin and grow our start-up.

In a world where less than 10% of health tech companies are led by women, we’re proud to be an all-female founder start-up, committed to delivering better, safer and fairer care for pregnant women around the globe.

It has been an incredible journey so far, but we know that we’re far from reaching our goal. Now we’re working to further validate our prototype, to establish strategic relationships with local partners, and to engage with them and bring them on board as equal partners in the development of our prototype. All the while juggling our day jobs and home lives.

We know that getting there requires self-drive, hard work and resilience. However, thinking about the women that inspired this project, and who we ultimately hope will benefit from it, is enough to ensure that we don’t lose sight of what we’re trying to achieve.

If you have an idea you wish you could pursue, and you believe it could have a positive impact on global health, don’t be afraid to take the leap. And don’t fear failure – see it as the process through which your idea becomes the best version of itself. Every idea starts small. So just embrace the process of shaping it into something meaningful, and enjoy the journey of seeing it coming to life.