The costs to the NHS of prescribing for diabetes 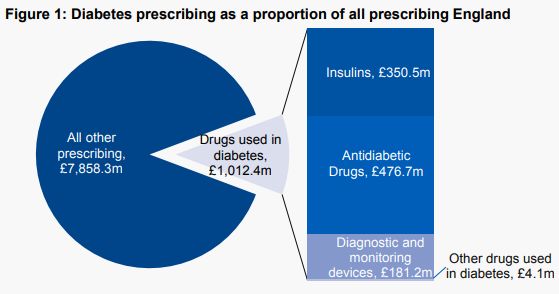 Telling the truth about antibiotics: benefits, harms and moral duty in prescribing for children

In a paper published in the Journal of Antimicrobial Chemotherapy, we discuss key issues in applying an evidence-based approach to the prescribing of antibiotics to children.

Antimicrobial resistance is a growing threat to global health, yet antibiotics are frequently prescribed in primary care for acute childhood illness, where there is evidence of very limited clinical effectiveness. Moral philosophy supports the need for doctors to consider wider society, including future patients, when treating present individuals, and it is clearly wrong to waste antibiotics in situations where they are largely clinically ineffective at the expense of future generations.

Doctors should feel confident in applying principles of antibiotic stewardship when treating children in primary care, but they must explain these to parents. Provision of accurate, accessible information about the benefits and harms of antibiotics is key to an ethical approach to antimicrobial stewardship and to supporting shared decision making. Openness and honesty about drivers for antibiotic requests and prescribing may further allow parents to have their concerns heard and help clinicians to develop with them an understanding of shared goals.

All this requires adequate time in the consultation; for both a thorough clinical assessment of the child; and a full discussion with the parents about the appropriateness, benefits and risks of antibiotic treatment.

Read Telling the truth about antibiotics: benefits, harms and moral duty in prescribing for children in full

Hence, I would advise GPs not to issue a private prescription to NHS patients in place of an NHS FP10 prescription in these circumstances. This advice should be communicated to the other prescribers in the practice so that they all follow the same policy.

Of course, the Department of Health could update its guidance and make it easier for NHS GPs in England to issue private prescriptions but there is no currently sign of this happening.

This article was originally published in the medical journal, Pulse.

I published an article in the British Medical Journal in August 2017 on NHS England’s plan to reduce wasteful and ineffective drug prescriptions. In the article, I explain why national rules on prescribing are a better approach than the variable local policies being implemented by clinical commissioning groups (CCGs, the NHS organisations responsible for funding local health services).

The National Health Service (NHS) in England must produce around £22 billion of efficiency savings by 2020. A key component of the NHS budget in England is primary care prescribing costs, currently around £9.2 billion annually. Inevitably, the NHS has begun to look at the drugs prescribed by general practitioners to identify areas in which savings could be made; ideally without compromising patient care or worsening health inequalities. This process was initially led by CCGs, focusing on drugs that are either of limited clinical value or which patients can buy from retailers without a prescription (referred to in England as ‘over the counter’ preparations).[1]

However, this local-based approach is flawed.[2] Firstly, CCGs have no legal power to limit the prescribing of drugs by general practitioners. As CCG policies on restricting prescriptions are not backed by statutory guidance, this will inevitably lead to variation between general practitioners in the use of the drugs that CCGs are proposing to restrict, thereby leading to ‘postcode prescribing’. It also raises legal issues in that if there is a complaint about a refusal to issue a prescription, it will be the general practitioner who will have to defend any complaint made by the patient and not the CCG. Each CCG carrying its own evidence review, public and professional consultation, and developing its own implementation policy also results in duplication of effort and is a poor use of NHS resources.[3]

NHS England has now launched its own consultation process to identify areas where ‘wasteful or ineffective’ prescribing can be reduced.[4] However, although a national process is better than local processes, NHS England has not stopped CCGs from continuing to roll-out their own restrictions on prescribing, even though some of these will inevitably conflict with the guidance produced by NHS England when it completes its consultation process.

In its consultation document, NHS England proposes restrictions on prescribing for a range of drugs. Stopping prescribing in some areas – such as homeopathy and herbal remedies – will not be controversial but will also not save much money. Some other drugs that NHS England is proposing to restrict, such as liothyronine, have limited evidence for their benefits but some patients do find them useful, and there will be resistance from patients and from some clinicians about the proposed restrictions on their use.

NHS England is to be congratulated for launching its public consultation and not just leaving decisions about eligibility for NHS treatment to individual CCGs.[7] However, it needs to ensure that its recommendations are accepted by CCGs and that the restrictions on prescribing that some CCGs are trying to impose fall into line with national recommendations. NHS England also needs to make the necessary changes to the National General Practice Contract and to the NHS Drugs Tariff to ensure that any prescribing restrictions it imposes have a firm legal basis. If this is not done, it places general practitioners in the invidious position of being at clinical and legal risk if they adopt NHS England’s prescribing guidance when this is finally published, at a time when they are already under considerable workload pressure.[8,9]

Restrictions on prescribing and the reduced availability of drug treatments on the NHS will have adverse consequences. For example, there is a risk of unintended effects such as codeine-based analgesics being used in place of simpler analgesics like paracetamol or Ibuprofen if the use of the latter is restricted. We also need to ensure that prescribing restrictions do not affect patients with very serious conditions. For example, if restrictions are imposed on NHS prescriptions of laxatives because these are available to buy from retailers, this will impact on patients with cancer, in whom constipation is a common and distressing symptom.

There will also be a risk that poorer patients, who are less able to pay for their own medication, will suffer disproportionately from these restrictions, thereby exacerbating health and social inequalities.[10] Ultimately, however, politicians  and the public must understand that the financial savings the NHS in England needs to make are so large, they cannot be made without substantial cuts to the provision of publicly-funded health services; and without patients making a greater financial contribution to the costs of their health care.[11,12]

Perspectives on the management of polypharmacy

A paper published in the journal BMC Family Practice discusses the management of polypharmacy (the concurrent use of multiple medications by one individual). Because of ageing populations, the growth in the number of people with multi-morbidity and greater compliance with disease-specific guidelines, polypharmacy is becoming increasingly common.

Although the correct drug treatment in patients with complex medical problems can improve clinical outcomes, quality of life and life expectancy, polypharmacy is also associated with an increased risk of adverse drug events, some severe enough to result in hospital admission and even death. Hence, having systems in place to ensure that medications are started only when there is a suitable indication, ensuring patients are fully aware of the benefits and complications that may arise from their treatment, and reviewing patients regularly to ensure their medication regime remains appropriate, are essential.

The development and rapid uptake of electronic patient records – particularly in primary care settings where the majority of prescribing takes place – makes monitoring of patients more straightforward than in the past; and allows identification of sub-groups of patients at particularly high risk of adverse drug events and complications. It also facilitates ‘deprescribing’ the process by which medications are reviewed and stopped if not clinically beneficial.

In recent years, we have also seen the development of smartphone ‘apps’ to improve communication between patients and healthcare professionals, improve people’s understanding of their conditions and their treatment, and maintain a record of changes made to patient’s medication. In the longer term, developments such as the introduction of artificial intelligence and clinical decision support systems also have the potential to improve prescribing and minimise the risks from polypharmacy. Finally, there is considerable scope to improve the quality of prescribing and reduce risks from poly-pharmacy using non-medical groups such as pharmacists, specialist nurses and physician assistants.

Read Perspectives on the management of polypharmacy in full