The evening opened with a short introduction to Hacktoberfest from Jeremy Cohen of the Imperial Research Software community. Chris Cave-Ayland from the RCS followed with a crash course on the steps to follow when making a contribution to an open source project on GitHub. The last opening talk was given by Vasily Sartakov from the Large-Scale Data and Systems Group (LSDS). Titled “Open Source Opportunities”, Vasily’s talk showed how open source has become the dominant paradigm for software development.

The opening talks were followed by lightning talks from the research projects participating in the Hackathon. In total, six software projects attended from five different groups:

Pizza-fuelled hacking then commenced! Participants either chose one of the presented projects to work with, or an alternative project that they were interested in contributing to. Thanks to having direct access to project developers, attendees were able to get up to speed quickly and start working on pull requests for submission. Participating in Hacktoberfest was found to be very valuable for the research projects involved with a total of eight new contributions made so far. 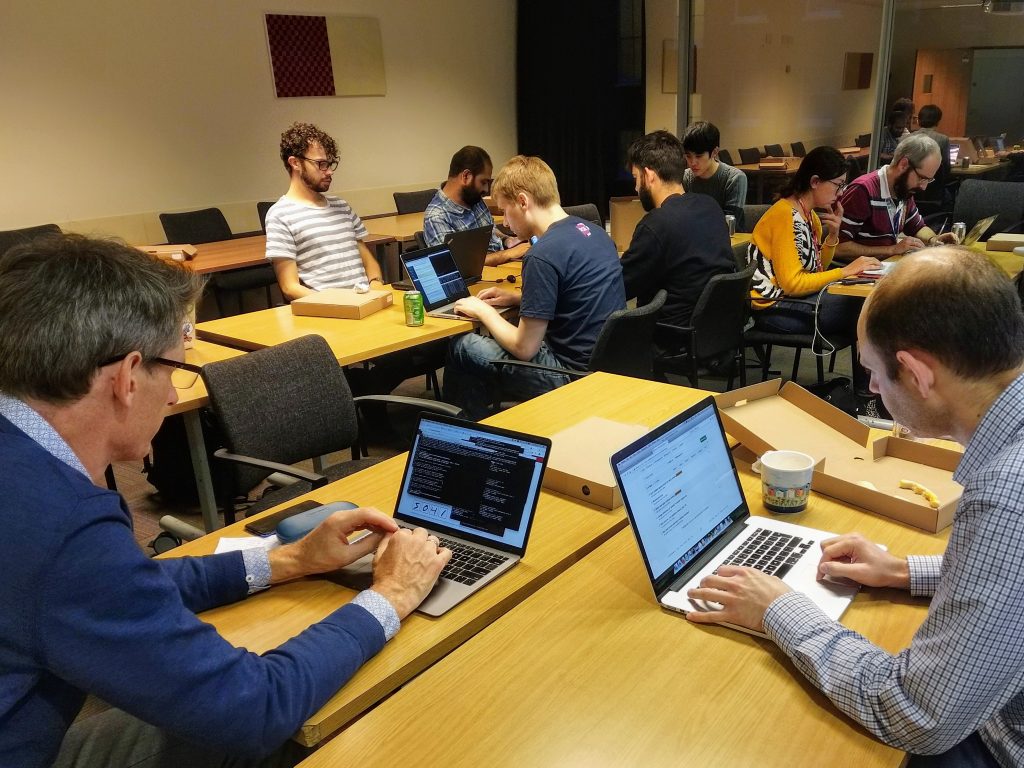 Many thanks to all the speakers and participants who took part, and to Imperial College ICT for supporting this event. We hope to see many of you claiming your Hacktoberfest t-shirt by the end of October!