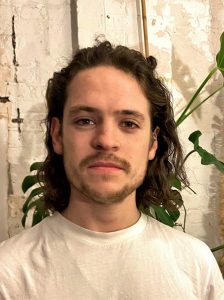 Patrick Walkden is a PhD student in the Department of Life Sciences, and part of the Imperial delegation heading to COP26.

My area of research focuses on biodiversity responses to environmental change, including land use and climate change. Currently I am working to develop a biodiversity indicator that measures and tracks the functional intactness of an ecosystem compared to a baseline. That is, looking at the amount of functional diversity – the aspect of biodiversity that is related to ecosystem functioning, and ultimately Nature’s Contributions to People – retained in ecosystems since human influence. An indicator like this would allow us to identify areas of conservation priority, to project into the future under different potential climate or land use mitigation scenarios and identify what actions would yield the greatest biodiversity outcomes in these scenarios.

Other than the climate crisis we’re also facing a biodiversity crisis, and we’re witnessing the profound loss of global biodiversity. This is firstly in terms of number of individual species – there’s been a 68% reduction in species population since 1970. It’s also, however, in terms of the background rate of extinction, which is to do with the rate of species extinction on Earth now compared with the rate before humans evolved. The rate of extinction now is tens to hundreds of times higher than the background rate, and it’s estimated that a million species are threatened by extinction. The daunting picture of the biodiversity crisis is hugely exacerbated by climate change, but it also hampers our ability to mitigate and adapt to the climate crisis because healthy, intact functioning ecosystems are a hugely effective buffer against both threats too.

When we prioritise the restoration and proper management of natural communities, we not only protect our vital ecosystems but also allow nature itself to help us fight the climate crisis. For example, protecting and restoring diverse ecosystems is a nature-based solution to climate change which reduces carbon in the atmosphere and helps us stay within the 1.5 degree warming limit that was agreed in Paris in 2015. Likewise, some of the most biodiverse and threatened ecosystems globally are those in less economically developed countries, and we all need to prioritise their conservation – richer countries can do that by providing financial support, but it’s also incredibly important to safeguard the knowledge, experience and livelihoods of the stewards of these natural habitats, who are often indigenous peoples and local communities, and ensure they too are equitably protected. It’s a collective effort from the ground up – the most successful biodiversity projects are the ones that include the voices of all stakeholders and groups throughout the process.