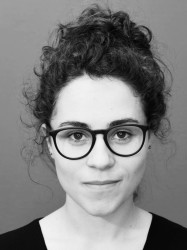 Sofia Palazzo Corner is a PhD student at the Centre for Environmental Policy, and part of the Imperial delegation heading to COP26.

My research is about extremes in the Earth system (think rapid permafrost thaw, AMOC collapse) and specifically about finding a way to include these in simple climate models. The aim is to more fully represent the spectrum of plausible warming that could occur by 2100, taking into account the current uncertainty in many of the Earth system processes. As part of my research, I’m consulting researchers in different areas of climate science to obtain their expert judgement on the range of plausible behaviour within the Earth subsystems that they study. This is sometimes our best source of information when observational or model data is missing.

In terms of the COP goals, my research is most closely related to the first goal: keeping 1.5 degrees within reach. This means keeping within an emissions budget that leads to a 66% chance of 1.5 degrees of warming, where that 66% is based on a probability distribution of possible warming. The inclusion of Earth system extremes could change the shape of that distribution, for example leading to a longer tail than previously thought, in which case the emissions budget to stay within the 1.5 degree limit would be smaller.