Neuroscience behind that perfect cup of morning coffee

Yi-Ting Wang (Tina) is a prospective neuroscientist at the starting point of her scientific career. She uses her “little grey cells” trying to solve some of the 21st century’s most fascinating problems in Imperial College London. ‘Like the entomologist in search of colourful butterflies, my attention has chased in the gardens of the grey matter cells with delicate and elegant shapes, the mysterious butterflies of the soul, whose beating of wings may one day reveal to us the secrets of the mind.’  -Santiago Ramon y Cajal 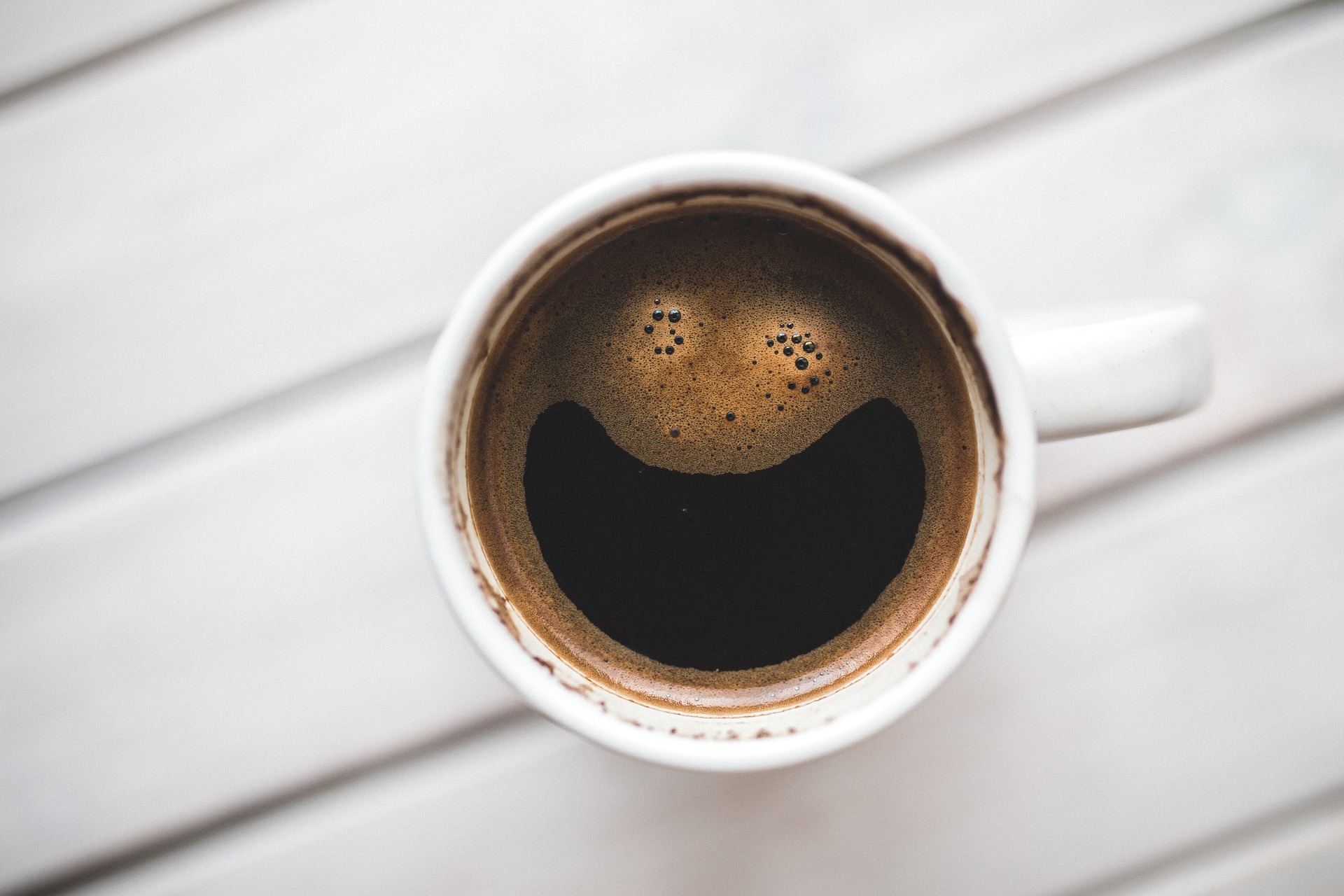 If you are an avid coffee drinker like me, the best way to kick a day off is brewing that one tasty cup of sweet-smelling morning coffee, or grab one at your favourite coffee shop on the way to the workplace. During the day, you probably need some more cups of coffee to keep you going. The active ingredient in coffee is caffeine, the most widely used psychoactive drug in the world. How does the whole process actually work, and how does caffeine affect our brain? Let’s reveal the secret of this magical brain fuel from a neuroscientific perspective.

How does caffeine act on our brain?

It’s normal to grow tired as the day progresses because our brains naturally secrete a molecule called adenosine. Briefly, adenosine influences attention, alertness, and sleep. Adenosine builds up in our brain and when it reaches a certain level, our body knows it’s bedtime. In simple words, caffeine ‘hijacks’ this system by competing with adenosine for the receptors. By blocking the action of adenosine, we end up feeling more alert and awake (Ribeiro and Sebastião, 2010). It is worth noticing that considerable amount of research reported that coffee can improve cognitive performance and decrease the risk for neurodegenerative disease such as Parkinson’s disease (PD) and Alzheimer’s disease (AD).

Coffee every day, keep doctors away?

Classically the primary pathology of PD involves the degeneration of dopaminergic neurons that originate in the substantia nigra and project to the striatum. Striatum is a principal component of the basal ganglia. Common PD symptoms such as slow movement, tremors, and rigidity are resulted from the cell death in basal ganglia and their connecting pathways. Low dose of caffeine was shown to mainly antagonise adenosine A2A receptors. The blockade of A2A receptors stimulates dopaminergic D2 receptors and as a result increases motor activity and improves motor deficits in PD models (Fenu and Morelli, 1998), (Kuwana et al., 1999).

A wealth of studies suggested that regular and moderate coffee intake over a lifetime reduces the risk of developing AD. A study published in 2012 gathered preclinical and clinical evidence and found a protective role of caffeine against AD. Results showed that caffeine can reduce risk, or delay onset of dementia. The effect was particularly evident in mild cognitive impairment patients (Cao et al., 2012). Among the most prominent studies, a case-control study showed that caffeine consumption was inversely associated with AD development (Maia and de Mendonça, 2002). In CAIDE study, 1409 elderly were analysed after a 21 years’ follow-up. Coffee consumption in midlife was shown to decrease the risk of AD and dementia, with the lowest risk (65% decrease) found in people who drank 3–5 cups/day (Eskelinen et al., 2009). Animal studies helped us identify the possible mechanisms behind coffee’s effects on AD risk. Dr. Gary Arendash and colleagues found that caffeine improved learning and memory ability of transgenic mice and reduced the concentration of β-amyloid and presenilin in the hippocampus, the main brain structure involved in memory (Arendash et al., 2006). Caffeine also showed to reduce inflammatory mediators, which is another possible explanation of why it could ameliorate AD progression (Arendash et al., 2009; Cao et al., 2009).

How much coffee can we drink?

We have discussed some effects of caffeine on the brain based on different research findings. However, so far most of the evidence for both benefits and adverse effects of caffeine were derived mainly from observational studies, which means we couldn’t draw any conclusion of caffeine’s causal effect on brain function. This awaits further randomised-controlled studies to confirm. Over the last decade, health authorities around the world have concluded that coffee/caffeine consumption is not harmful at levels of 300-500 mg daily (around 3-5 cups of coffee) (Nehlig, 2016). Back to the question, how much can we drink? Just remember moderation is the key, and be a happy coffee drinker!

Fenu S. and Morelli M (1998) Motor stimulant effects of caffeine in 6-hydroxydopamine-lesioned rats are dependent on previous stimulation of dopamine receptors: a different role of D1 and D2 receptors. The European Journal of Neuroscience 10(5):1878-84.

Nehlig A (2016) Effects of coffee/caffeine on brain health and disease: What should I tell my patients? Practical Neurology 16(2):89-95.

Fredholm BB, Bättig K, Holmén J, Nehlig A, Zvartau EE (1999) Actions of caffeine in the brain with special reference to factors that contribute to its widespread use. Pharmacological Reviews 51(1):83-133.

Read Neuroscience behind that perfect cup of morning coffee in full